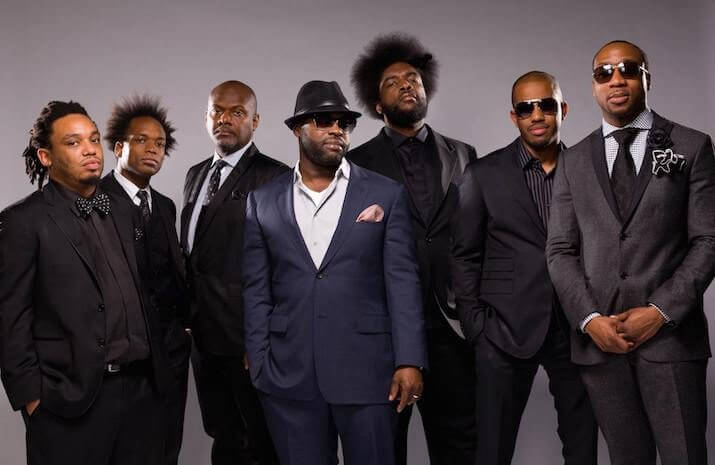 For this next ranking, it’s time to give it up to arguably the most influential Hip Hop group of this generation. In the spirit of A Tribe Called Quest and De La Soul, Philly heroes The Roots introduced a style of jazz mixed with grassroots, organic Hip Hop. The only real Hip Hop band, Black Thought, Quest-Love, and company have assembled a discography that’s considered as acclaimed as any group in not just Hip Hop history, but music history.

Multiple Grammy nominations and a few wins, The Roots have a collection of albums that are ALL cherished so this ranking, much like Outkast’s, was not an easy one to make, but here’s a stab at it. Let’s go, shall we? 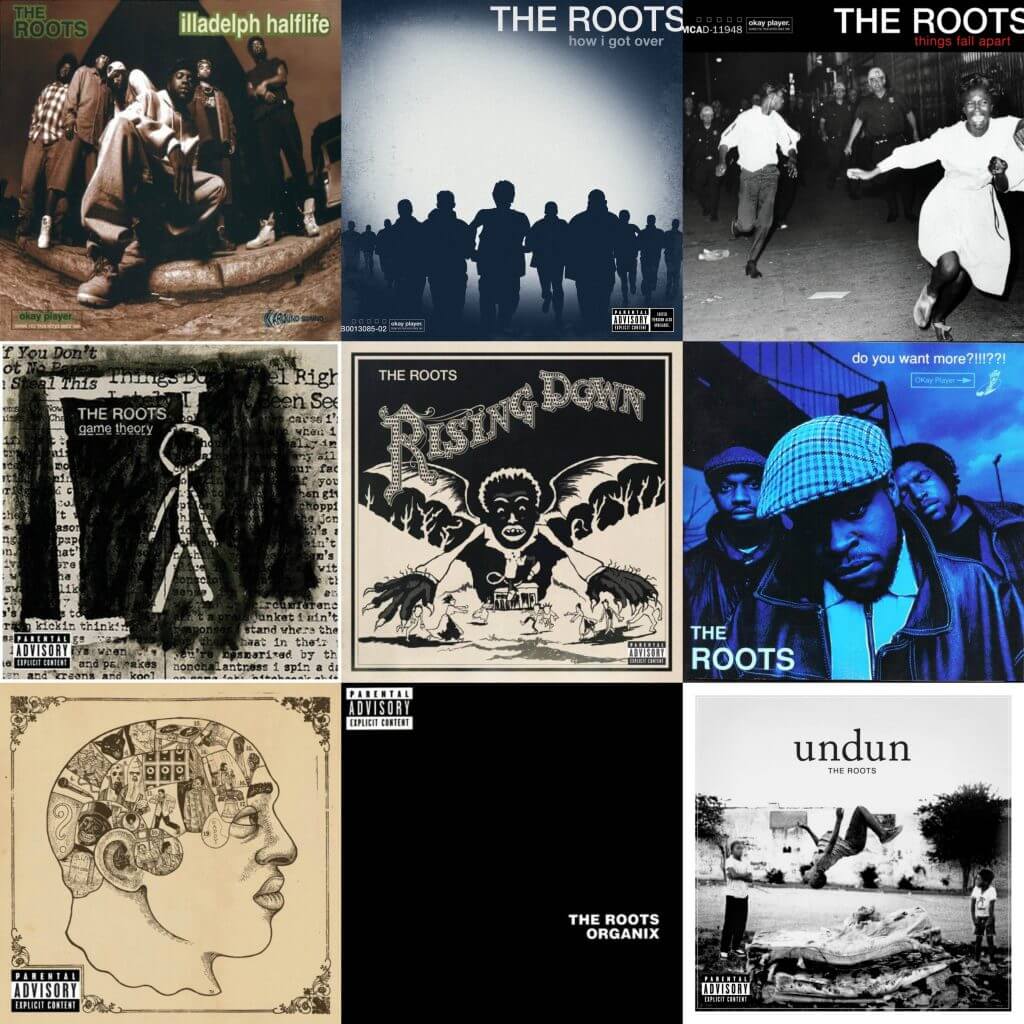 The Roots presented their most recent – a raw, head-fuck – album And Then You Shoot Your Cousin in 2014. A short album in length, this album is no less thought-provoking than anything else they had done previously. Focusing on social commentary regarding violence within our society, this is another dark album, with substance. Maybe not as acclaimed as previous efforts, this is still better than most of this era’s music and is more than worth the rotation. Going on a more unconventional musical path, The Tipping Point attempts to continue the musical momentum that their previous effort Phrenology succeeded in. The results end up hit and miss, but overall, this album does succeed in continuing the growing legacy of The Roots and their views of cultural uplifting and setbacks, all over consistently funky instrumentation. How dope was it to hear De La Soul’s “Ego Tripping’ Pt. 2” being covered on “Stay Cool”? Diving into the arena of conceptual albums, they bring Undun. Many felt they couldn’t match the depressing beauty that was How I Got Over just prior, but they definitely gave it a great try.

The album follows the life of Redford Stevens, and his short life filled with violence, despair, and self-disdain. Set in reverse chronological order, it takes a while to fully grasp the vision they guys were trying to exhibit to the masses. In any event, this album was a testament to The Roots once again pushing boundaries, delivering another compelling album worthy of the acclaim it received. The album that started the early buzz about the Philly giants. Sounding as raw and green as one album could sound, we got an early indication that there was something very special about this band. Much like a jam session within a garage, Organix shows the (no pun intended) roots of the creation, and it’s a very fun listen. Plus, how often do you get a chance to hear Quest on the mic?

Evolving into an underground classic throughout the years, this is in the same league of Kendrick Lamar’s The Kendrick Lamar EP and Eminem’s Infinite, in terms of self-released albums that sparked the brain of what would come later. As a side note, if you have never peeped the twelve-minute posse cut “The Session“, don’t sleep any longer.  Good ol’ fashioned spitting in the purest sense possible. 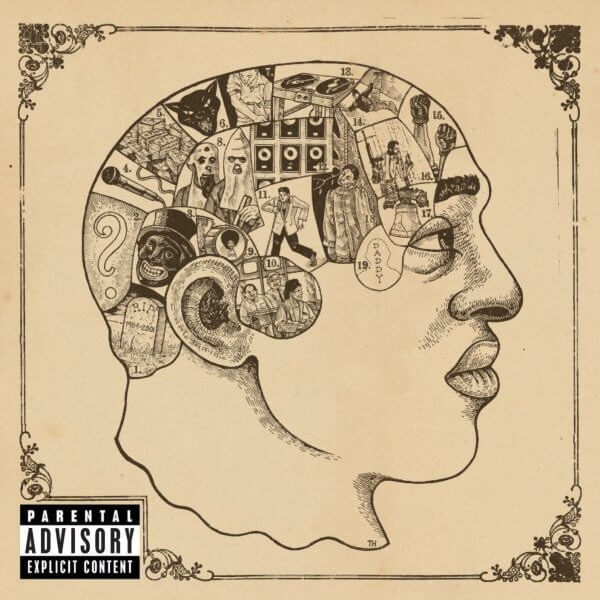 Hoping to capitalize on the breakout success of Things Fall Apart, The Roots crew presented Phrenology. Arguably more ambitious than any project prior, the musicality of this album is as precise and finely tuned as any of their best work.

Mixing Hip Hop, soul, as well as bits of jazz and rock, The Roots delivered a project that becomes more and more enjoyable with each listen and provides the listener with a new direction that relies less on just primarily Hip Hop, and more on the influences that drive The Roots as a whole. From the strangely catchy “The Seed 2.0” to the lovely “Complexity” and the seductive “Break You Off”, this album definitely is an excellent listen. Widely considered one of their single greatest efforts, the introduction to the mainstream for The Roots was their delightful Do You Want More?!!!??! They continued their fantastic blend of Hip Hop and jazz that they introduced on Organix.

The result was incredible, with cuts like their singles “Proceed”, “Distortion To Static”, and “Silent Treatment”, to which they started amassing a cult following. Nothing too heavy here folks, just very sweet musicianship and wonderful Hip Hop. Reminiscent of albums like Common’s Resurrection or A Tribe Called Quest’s landmark The Low End Theory, this album was a diamond in the rough just based upon a traditional b-boy approach to the genre with jazz as the foundation. Fantastic effort. 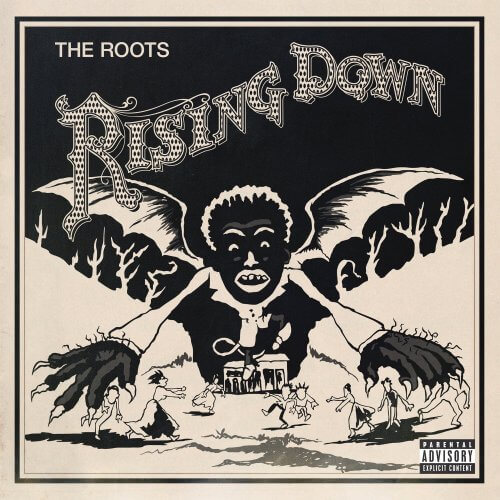 With Rising Down, we see a bleaker and slightly darker Roots, very similar to what we saw with Game Theory. The production is ambitious, as we had come to expect from them by this time, but even more so as this may be among the most stripped down sounding albums they had delivered.

Social commentary, hood struggles, and cultural unrest are the main themes here and the sounds perfectly compliment the aura of the album. Dense and uncompromising, this is among the most under-appreciated albums within their discography. After the highly experimental sounds of The Tipping Point, The Roots go back to basics with Game Theory, but they also take the gloves off and delivered their most screw faced project. Delving into areas such as the portrayal of Blacks within the media, violence in Hip Hop, and the Iraq war, with this incredible release the group is as serious as they had ever been in their careers.

A near flawless album, this album was musically as dense as anything we heard up til then. Cuts like “False Media”, “Clock With No Hands” and the elegant Dilla tribute “Can’t Stop This” help make this album a definite Roots classic and became the new standard of socio-conscious Hip Hop for the group. The album that officially made them stars. This album earned them many accolades and became their breakout album, earning them their first platinum plaque. Groovy instrumentation mixed with Thought’s ever-growing stature as one of Hip Hop’s most polished and focused emcees, this album dove more into soul and was a slight departure from their overly jazzy stylings of their previous efforts.

This album was also more melancholic than their previous projects, one for those who needed that intelligent and poignant Hip Hop. Earning Grammy nods for “You Got Me”, they shined on other cuts like “100% Dundee” “Act Too (Love Of My Life)” and one of their most notable cuts “The Next Movement”. Things Fall Apart is considered a Hip Hop classic to this day.

Just when we thought Rising Down was to be their final album, The Roots drop How I Got Over, which is, in a word: breathtaking. A melancholy walk through society, the group deals with subjects such as job layoffs, perseverance, and optimism through pain. An immensely somber sounding record, this is also the most substantial album they’ve done to this very day.

Not since Illadelph Halflife or even as recent as Game Theory have we heard musicality from them this bleak yet soulful. They also touch other musical areas like rock, funk, and even a touch of gospel, but it all comes together in a memorable project. Cuts like “The Day”, “Now Or Never”, and “Do It Again” are exemplary tracks and made this album a true gem. If there was ever an underrated monument of an album, this would have to be it. Musically brilliant and an overall near heavenly jazz Hip Hop experience, with the beyond fantastic Illadelph Halflife The Roots fully established themselves as one of the game’s most extraordinary acts.

While they bring forth social commentary, which was starting to be a constant at this point with them, they also challenge Hip Hop to go beyond what it had been perceived to be, which was full of cliches and no originality. Passion, substance, and precise lyricism, this album is the blueprint Roots album, more so than any other album in their discography.

Cuts like “One Shine”, “Hypnotic” and “No Alibi” are some of the most spellbinding Hip Hop cuts you’ll ever be blessed to hear, regardless of your stance on the group. This effort is seen as one of the heralded “jazz-hop” albums of all-time, similar to De La Soul’s De La Soul Is Dead or Outkast’s Aquemini. This album is overmatched commercially by other of their albums that may be perceived as better, when in actually this album is their magnum opus.

As you can see, ranking The Roots’ albums was no easy task, as they have consistently put out above average, quality material. One can honestly say that there’s no such thing as a weak Roots album, they will forever remain among the most consistent acts Hip Hop fans have ever been graced to hear.

As we approach their next album, End Game, we salute this legendary group and what they’ve brought to Hip Hop and to music as a whole. The quintessential Hip Hop band, The Roots are the blueprint in musicianship excellence and will be forever treasured.