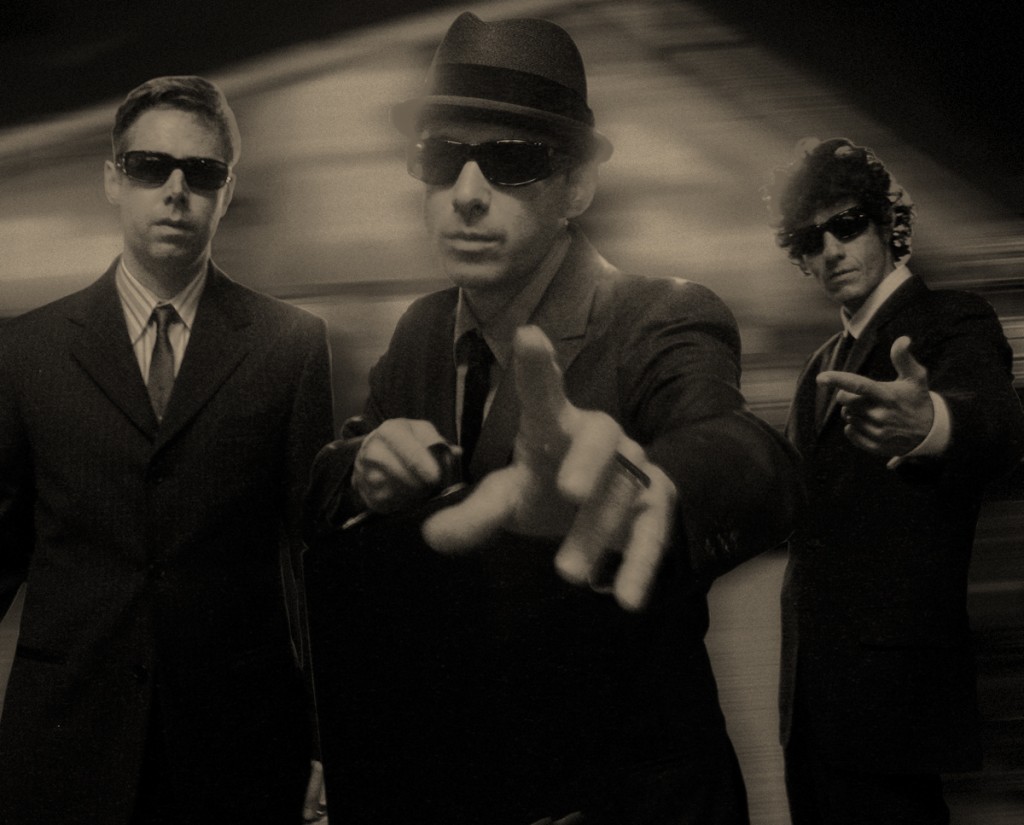 Originally a punk-rock band, by the time they worked on their debut studio album Licensed to Ill Beastie Boys largely abandoned that genre in favor of Hip Hop, even though influences of their punk-rock past could always be heard in their music. During their decades-spanning career, they released a total of eight LP’s, all of them receiving great commercial success as well as critical acclaim.

With over 50 million records sold worldwide, numerous prestigious music awards and their induction into the Rock and Roll Hall of Fame (in April 2012; the third Hip Hop act to be inducted, after Grandmaster Flash & The Furious Five and Run DMC), it is beyond dispute that the Beastie Boys are one of the most successful and most lauded acts in the history of Hip Hop.

Because of the untimely death of Adam “MCA’ Yauch on May 4, 2012, we know there will never be another Beastie Boys album. And even if that is a sad reality, we should be happy with the albums they enriched the world of music with. For this list, I ranked the eight Beastie Boys albums (not counting their compilation albums) according to my personal preference, not necessarily according to sales figures, historical significance or general popularity. If your opinion is different (or the same!) don’t hesitate to share it in the comments. 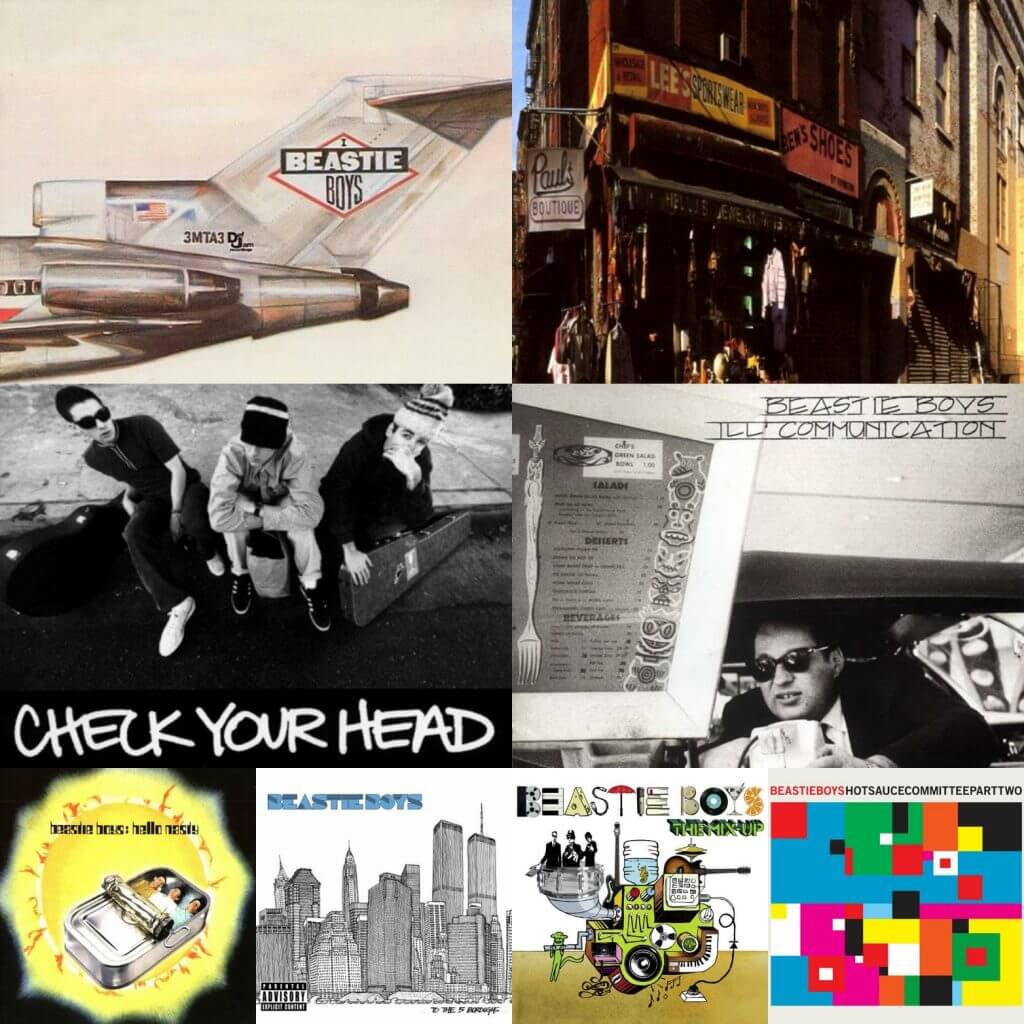 The Mix Up is kind of an odd duck in the Beasties catalog, as it is completely instrumental and can not really be categorized as a Hip Hop album. It can be seen as a reflection of all of those little bits and pieces of instrumentals they offered us on their other albums, though – and it serves as a great opportunity for MCA, Mike D and Adrock to showcase their skills on their instruments (bass, drums and guitar, respectively).

Winning the 2008 Grammy for Best Instrumental Pop Album, The Mix Up offers nothing ground-breaking but it is solid piece of music you can play at any time in anybody’s company – all in all a fine showing of master musicianship. 7/10 Too low on this list? It may be, but for some reason Hot Sauce Committee Part 2 never resonated with me as much as Beastie Boys’ other albums did. After the non-Hip Hop instrumental album The Mix Up (2007) and the pure Hip Hop To The 5 Boroughs (2004), Hot Sauce Committee Part 2 can be seen as a return to the sounds of the mid-career Beastie Boys – reminiscent of the mash-up of musical styles on Check Your Head (1992), Ill Communication (1994) and Hello Nasty (1998).

Thing is, those three albums packed more punch AND all had a couple of classic singles to give the albums that extra shine. Sure, enough dope tracks here too – most notably “Make Some Noise” and the Nas-featuring “Too Many Rappers” – but the lack of real stand-outs and the overuse of the vocoder the Beasties love so much make this my least favorite ‘regular’ Beastie Boys album. 7/10 Like its predecessor Check Your Head, Ill Communication is not strictly a Hip Hop album, but a mash-up of styles with liberal doses punk-rock thrown in the mix. Never afraid to experiment and to do exactly what they wanted, Beastie Boys stayed true to their punk-rock roots on this album.

Even though it contains a number of the Beasties’ biggest singles – like “Sure Shot”, “Root Down”, the Q-Tip featuring “Get It Together” and “Sabotage” (made extra special because of the epic video) – the whole album did not work as well for me as Check Your Head did (even if it is kind of similar to it).

Ill Communication is a bit too heavy on the punk-rock side for me and I miss the innovative leap that characterized all preceding Beastie Boys albums. That said, I still think it is a more than fine album by any standard. Although it may not be for everybody, it’s a classic in its own right – with massive appeal to other, non-Hip Hop audiences. 7.5/10 To The 5 Boroughs is the purest Hip Hop album in the Beastie Boys’ entire catalog, and probably because of that fact the most underrated and underappreciated of the bunch. I always loved it, though – I’ve always been more a fan of the Hip Hop Beastie Boys than of the punk-rock Beastie Boys and this album gave me exactly what I wanted: some good ol’ Hip Hop.

Even though musically it is the most straightforward-sounding of all the Beastie Boys albums, that doesn’t make To The 5 Boroughs worse than the rest. The beats are old-school but crisp, the lyrics are fun and occasionally even thought-provoking. The heartfelt ode to their home turf, “An Open Letter to NYC”, is the obvious highlight, but there are plenty of Beastie Boys bangers on this one. “Ch-check It Out”, “Triple Trouble”, “Right Right Now Now”, “Rhyme The Rhyme Well”, “Hey Fuck You”, “3 The Hard Way”, “Oh Word” – all great songs that will take you back to Hip Hop’s best days.

No instrumentals, no interludes, no experiments, no real instruments – just 15 tracks of beats and rhymes. I love To The 5 Boroughs, even if you don’t. 8/10 As much an alt-punk-rock album with Hip Hop, funk, soul and jazz influences as a Hip Hop album, Beastie Boys‘ third effort is yet another self-reinvention. After the frat-boy fun of the classic Licensed To Ill and the sampling genius of the creative masterpiece Paul’s Boutique, this album mixes up musical styles so that it offers something for everyone.

Where it’s follow-up Ill Communication somewhat lacked in cohesion (and overuse of the voice transforming vocoder), Check Your Head admirably succeeds to sound cohesive, despite its mash-up of styles. Great album. 8.5/10 This album is one of the big, early successes of Def Jam – the dominating and most innovating record label at the time, hugely influential and extremely important for the exposure of Hip Hop to large audiences worldwide.

Beastie Boys’ debut LP Licensed To Ill offers pure energy and great fun – and if I would still have my 15-year-old-self sensibilities today (15 – that’s how old I was when this album was released), no doubt this album would have been number one on this list, with no competition. But I am not 15 years old anymore and my musical taste has evolved a bit.

“The New Style”, “Rhymin And Stealin”, “Hold It Now, Hit It”, “Time To Get Ill”, “Brass Monkey” and the brilliant “Paul Revere” (still my favorite Beastie Boys track) are all awesome songs and the rock-infused commercial hits “No Sleep To Brooklyn” and “Fight For Right To Party” are timeless classics too. Even if Licensed To Ill is somewhat rough around the edges and kind of juvenile – it remains an easy favorite, with great sentimental value. 9/10 Even though I love all Beastie Boys albums, for me this one comes closest to the brilliance of their Paul’s Boutique masterpiece. Eclectic and creative as always, and more in tune with a pure Hip Hop feel that was less in evidence on their previous two albums, Hello Nasty shows us the Beastie Boys at a new peak of their artistic powers.

Tracks like “Intergalactic”, “Body Movin’”, “Three MCs And One DJ” and “Super Disco Breakin’” are the obvious favorites here, but Hello Nasty has much more to offer. “The Negotiation Limerick File”, “Putting Shame In Your Game”, “Unite” and “The Move” are all Beastie Boys bangers, and even ‘non-Hip Hop’ tracks like “Song For The Man”, “Song for Junior”, “I Don’t Know” and “Dr Lee, PhD” work. Also, recruiting Mix Master Mike was a master stroke, as he adds a great Hip Hop vibe with his work on the turntables.

Much like Check Your Head and Ill Communication, Hello Nasty revels in genre-dipping and sound-effects experimentation, and for me on this album it all works best. Hello Nasty is structured perfectly, making the album feel like one long track – recapturing the feel of Paul’s Boutique in a great way. I know a lot of people will disagree, but I think this album stood the test of time better than Licensed To Ill did and that’s why I rate it second only to the number one on this list. 9/10 Was there ever an album, in any genre, that used sampling more brilliantly and creatively than on Paul’s Boutique? This album truly is sampling heaven, with layers upon layers of sonical brilliance, cooked up by the Beasties in association with the Dust Brothers.

Paul’s Boutique was completely different from Beastie Boys‘ much easier accessible and commercially super successful debut album Licensed To Ill – and not what a lot of fans of that album were expecting. I’ll readily admit my 18-year old self wasn’t able to fully appreciate the epicness of this album when it came out, like many other people I really had to grow into it.

My appreciation for this album grows with each passing year #hiphop #classic pic.twitter.com/p2Lvpv554d

Initially a commercial failure, Paul’s Boutique aged like fine wine and with it the appreciation for it. Now considered a landmark album in Hip Hop, it’s the ultimate example for what the Beastie Boys always stood for: creativity and innovation. They were never afraid to reinvent themselves and stretch (and cross) genre boundaries while at the same time keeping it real and Hip Hop to the core.

A timeless masterpiece, Paul’s Boutique will forever be remembered as a classic album, in music, not just in Hip Hop. 10/10 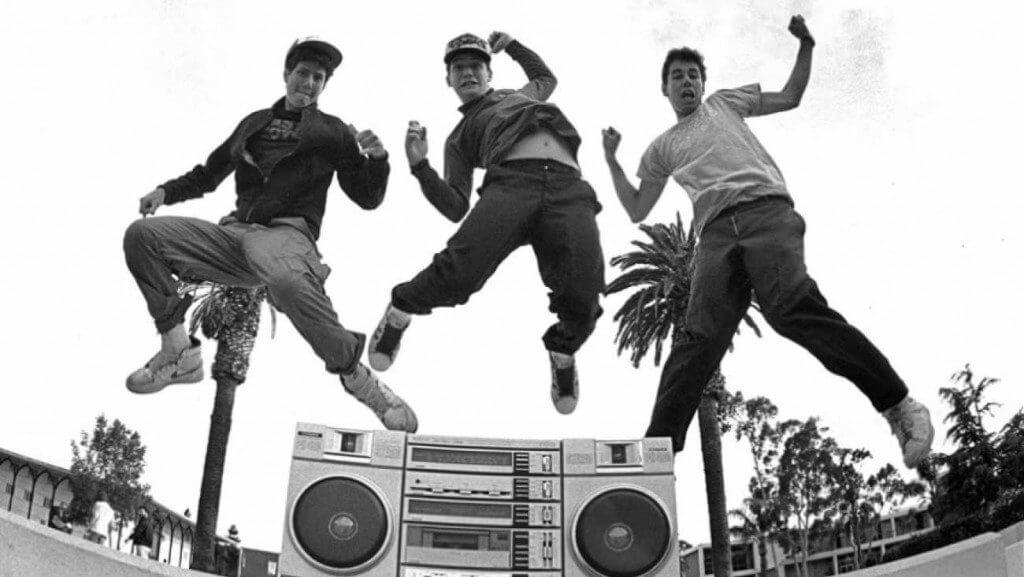