The House That Dre & Suge Built: The Best Albums From Deathrow Records 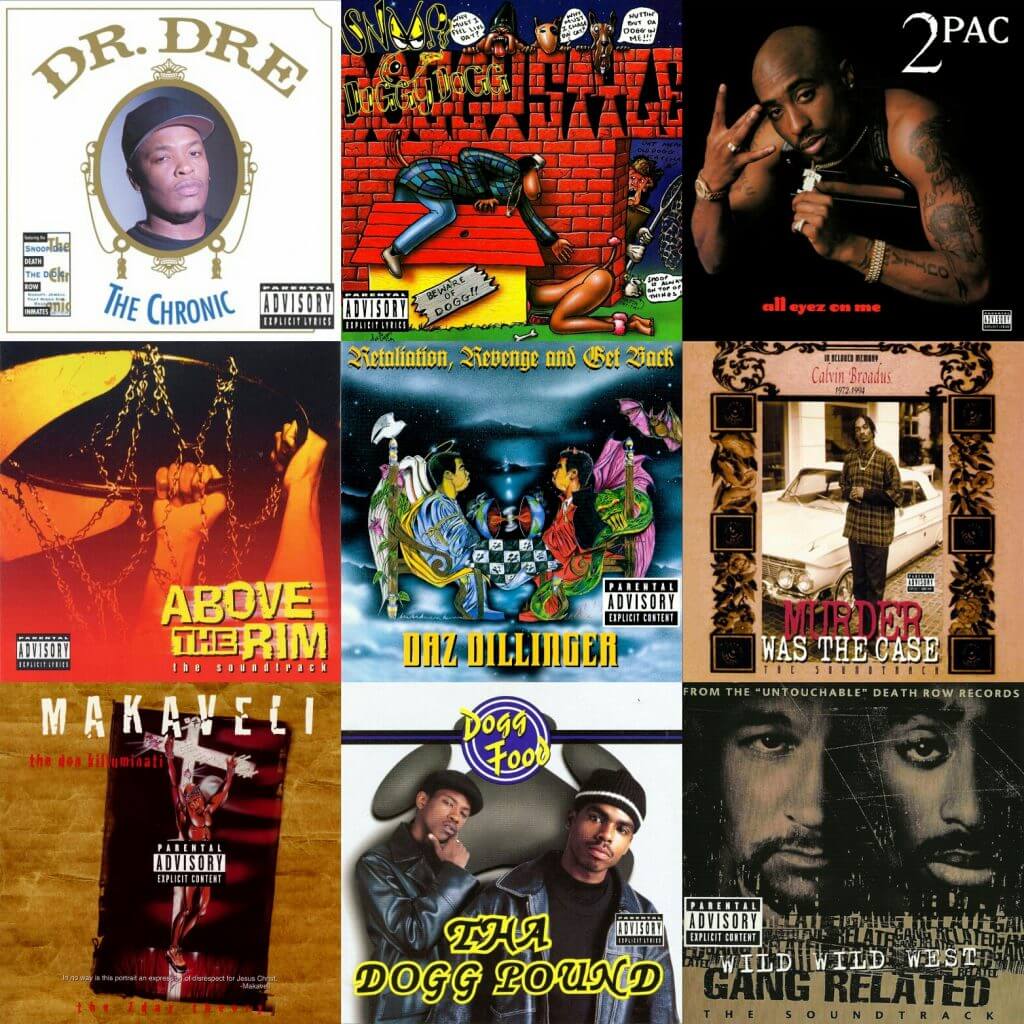 This record label salute goes to a rather infamous label, a label that was even more known for its controversial in-house practices than its music – but the music they did come out with helped define the nineties and elevated gangsta rap to iconic levels.

Deathrow created stars such as Snoop Dogg and Tha Dogg Pound, made Dr. Dre a legend, and turned 2Pac into an official icon in music. Like it or not, this label took the fire away from the previously dominant East Coast for a while and forced the East to completely step their game up. Welcome to Deathrow. 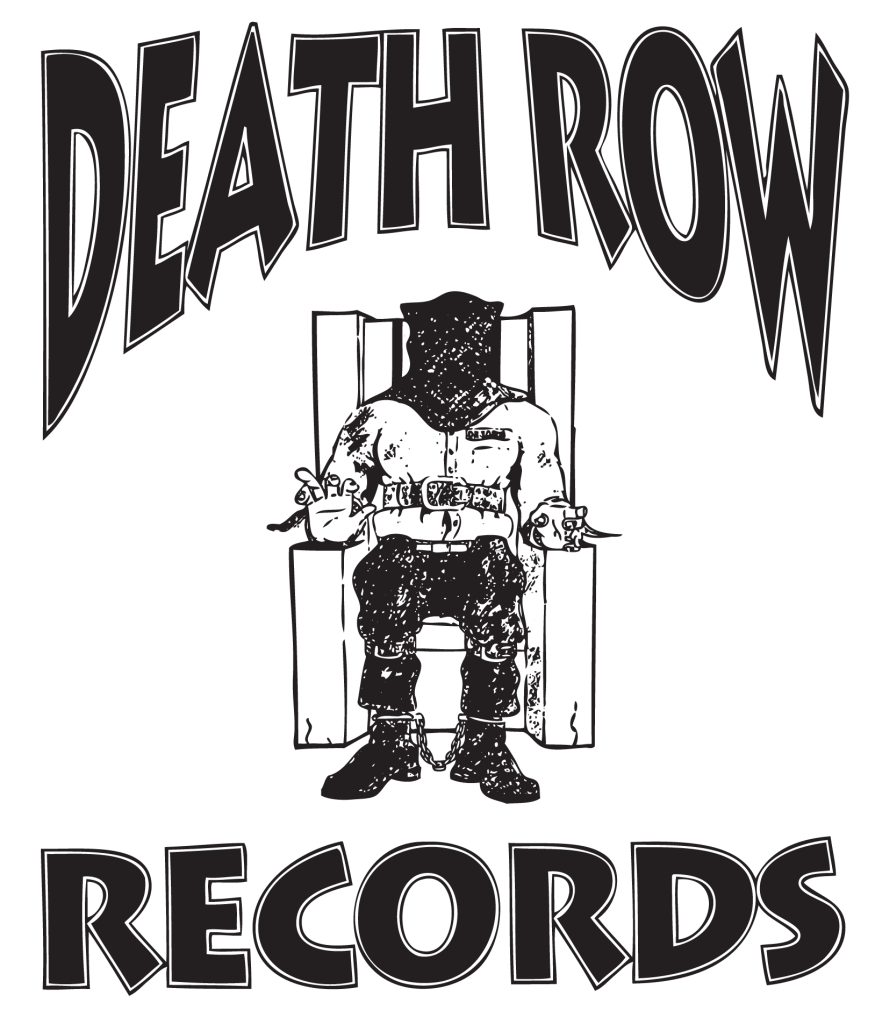 Virginia’s own Lady Of Rage made serious noise in 1994 with “Afro Puffs“, her hit from the incredible Above The Rim soundtrack (see later). Buzz was heavy about a debut album from this very lyrical emcee and speculation was finally put to rest in 1997 when she delivered her debut album, Necessary Roughness.

With no Dr. Dre influence, this album was one of the hardest albums of that year. Heavily east coast influenced, Rage thoroughly let loose on cuts like the title track, “Some Shit”, and “Super Supreme”, and even fit in a dis cut towards Foxy Brown with “The Set Up”. Definitely one of the biggest sleeper albums not just from the label, but in all of the game during that time period. If there was one thing Deathrow was known for it was for delivering tremendous soundtracks. The first on the list is the soundtrack to 2Pac’s movie, Gang Related. Dropped in the latter stages of success for Deathrow, this was one of the last true bangers of the label. This double album was filled with heat from Deathrow artists and a few posthumous cuts from Pac.

Standouts were aplenty and the album eventually went two times platinum. Cuts like the G’d out “Way Too Major” and the ominous “Staring Through My Rearview” are classic Deathrow cuts and made Gang Related a big album and a big soundtrack during the late nineties. Released during the heart of the now-infamous “East Coast / West Coast war” that ultimately claimed the lives of Pac and Biggie, they were going after the east with cuts like “New York, New York” but were also serving out G-funk and that ever apparent gangsta shit with dope cuts like “Smooth”, “Reality”, and the playful first single “Let’s Play House”. With over three million units sold this album was one of the more successful albums to appear from the camp and it officially put Daz and Kurupt on the map. 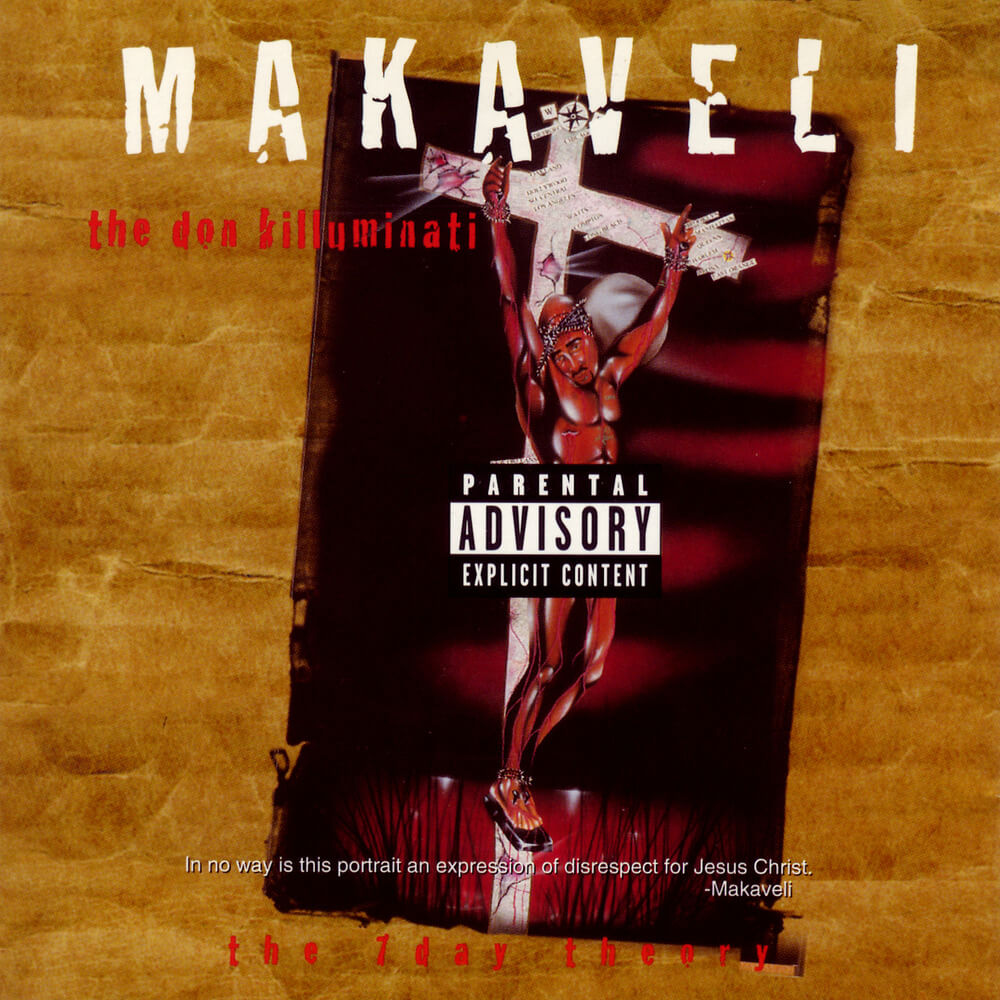 The first posthumously released album from 2Pac was a monster. Going beyond the East Coast / West Coast war, 2Pac (at this time known by his alias Makaveli) went IN on enemies such as Biggie, De La Soul, Nas, and Jay-Z on this album. Deeper than that, this was the most vicious and venomous album in his entire collection. Capitalizing on the mega success of All Eyez On Me (see later), this album was released just after his unfortunate death.

With incredible cuts like “Toss It Up” (which included a Dr. Dre dis), arguably the biggest single of his career “Hail Mary”, and the RAW “Bomb First”, Don Kiluminati: The 7-Day Theory is a highly influential album to this day and it stands as one of the best albums 2Pac ever recorded. Released during his first-degree murder trial, this album was not a good look in that regard, but as a soundtrack it was one on the strongest albums during that era. With little to no flaws, tremendous performances from the likes of Snoop, Tha Dogg Pound, and DJ Quik really highlighted the soundtrack.

The biggest highlight was the reunion on wax between Dre and former NWA brother Ice Cube for the thrilling and vicious “Natural Born Killaz”. Fantastic soundtrack and overall VERY dope album. Arguably the last critically acclaimed album from the label was Daz’s solo album, Retaliation, Revenge, And Get Back. After the release of Kurt’s debut Kuruption, Daz delivered a classic Deathrow album with some of the best production from Daz ever heard.

After working on albums from Tha Dogg Pound, the aforementioned Murder Was The Case soundtrack, and the Above The Rim soundtrack, Daz delivered a serious album filled with incredible hits that brought you back into he early to mid-nineties when the label was basically running Hip Hop. From the ode to baby mama beef “Baby Mama Drama” to the raunchy Too Short-assisted “It Might Sound Crazy”, Retaliation, Revenge, And Get Back is considered one of the best albums of the gangsta rap genre, and it can easily pull its weight against today’s standards. If there was one seminal soundtrack released during the early nineties, the award would have to go to Above The Rim. Naturally, a great movie needs an equally potent soundtrack – and this was a marvelous combination.

We’re all familiar with the smashes of SWV’s “Anything”, Warren G and the late Nate Dogg’s “Regulate”, and H-Town’s “Part Time Lover”, but other incredible cuts like Thug Life’s “Pour Out a Little Liquor”, “Sweet Sable’s “Old Time Sake”, Rage’s “Afro Puffs”, and Tha Dogg Pound’s delightful “Big Pimpin” made this soundtrack one of the hottest of its time and one of the most acclaimed soundtracks ever.

This album was the official exclamation point to those that thought the albums from Dre and Snoop were as far as the label would go. Boy were those critics wrong. Already seen as one of Hip Hop’s most fiery and important emcees before 1996, 2Pac became a part of the Deathrow family after his prison stint and shortly afterward released his label debut, All Eyez On Me.

With one of Hip Hop’s all-time best West Coast anthems “California Love” killing things, the anticipation was apex for this album. The result was the most commercially successful album of 2Pac’s career. Just short of the deeply personal classic Me Against The World and the angst-ridden Strictly 4 My N.I.G.G.A.Z., this album was more or less a party. All Eyez On Me was an album that had 2Pac being free to live and free to shine as an artist and as a man. With the breakout success of “Gin & Juice” and other massive cuts like “What’s My Name”, “Doggy Dogg World” and the classic “Tha Shiznit”, there was absolutely no stopping this seminal album. One of the strongest debuts of all-time, many have argued that this album is even stronger than The Chronic. Regardless of what side of the fence you’re on with that, what’s undeniable is the impact this album made on his career and on the game as a whole. Still his best album, Snoop’s rise to legendary status started with this monumental album. THE album that put Deathrow in the worldwide spotlight. Clearly one of the greatest albums, not just in gangsta rap, but in all of Hip Hop’s history, this album was arguably the greatest debut album to ever emerge from the West.

While many would argue that the title of the west’s greatest debut album would belong to Cube’s AmeriKKKa’s Most Wanted, there’s no denying the cultural and musical impact The Chronic has made over the years. Artists like The Game, YG, and ScHoolboy Q have referred to this album as one of the albums that got them started in the first place.

Absolutely no shortage of hits on here, it marked the true start of the gangsta rap genre and became the album by which Dre would be measured. Still one of the top ten albums in Hip Hop history, Dr. Dre became an icon with just this one album.

As you can see, while there weren’t a lot of notable Deathrow albums, the ones that got released were substantial and hugely influential. They brought gangsta rap to the forefront and on a worldwide level. While ever controversial and newsworthy for some of their in-house ways, there’s no denying the impact Deathrow Records had on Hip Hop and on popular music. Over thirty million records sold is a testament to the strength of the label. Until next time folks, I’m out.

The Doctor's Office: The Best Albums From Aftermath

Get Top On The Phone: The Best Albums From TDE