Bigger Than Hip-Hop: The Best Non Hip Hop Albums Of 2016 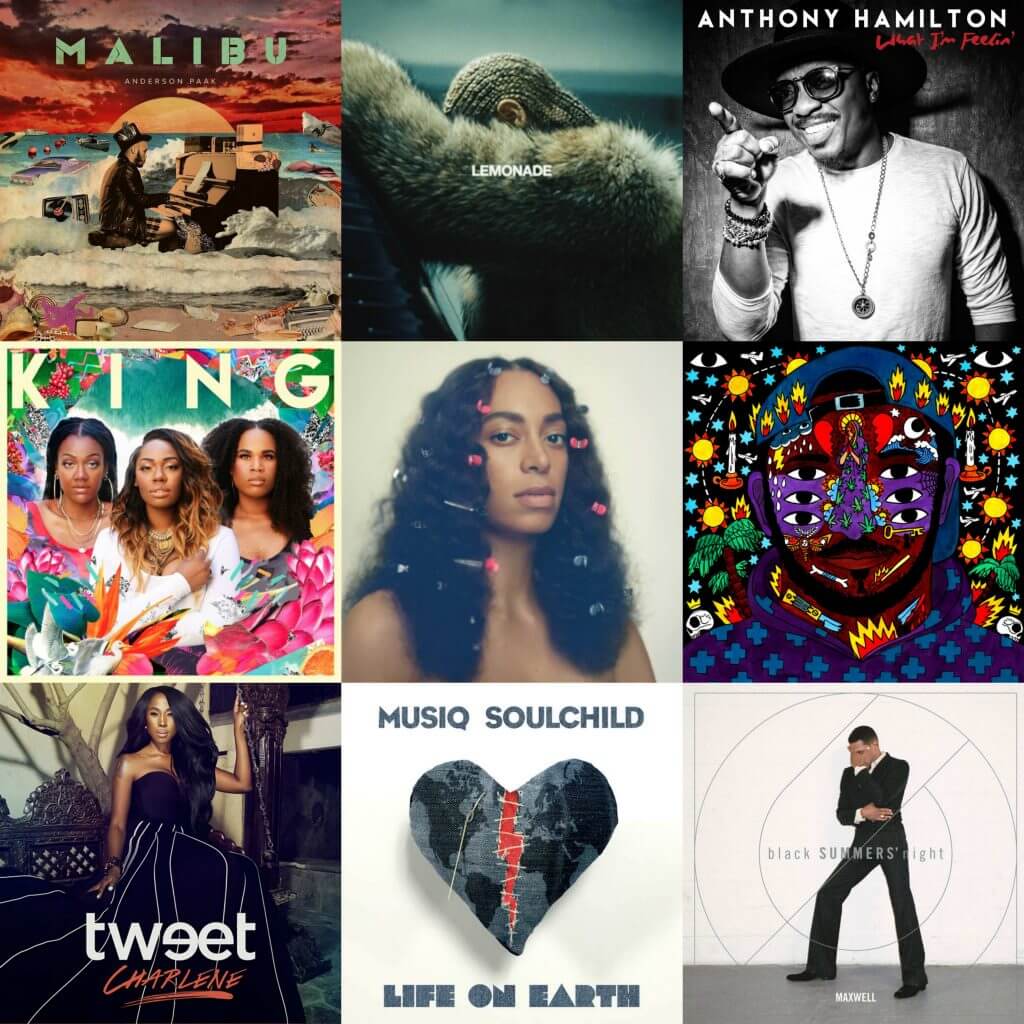 What’s going on world! With 2017 just started, I would be remiss if I didn’t make a list of some great 2016 projects that weren’t Hip Hop or rap. There were definitely a lot of musical high points in 2016, not just in Hip Hop but also in genres such as R&B, Jazz, Funk, House, EDM, and Rock. With that being said, let’s get right to it. 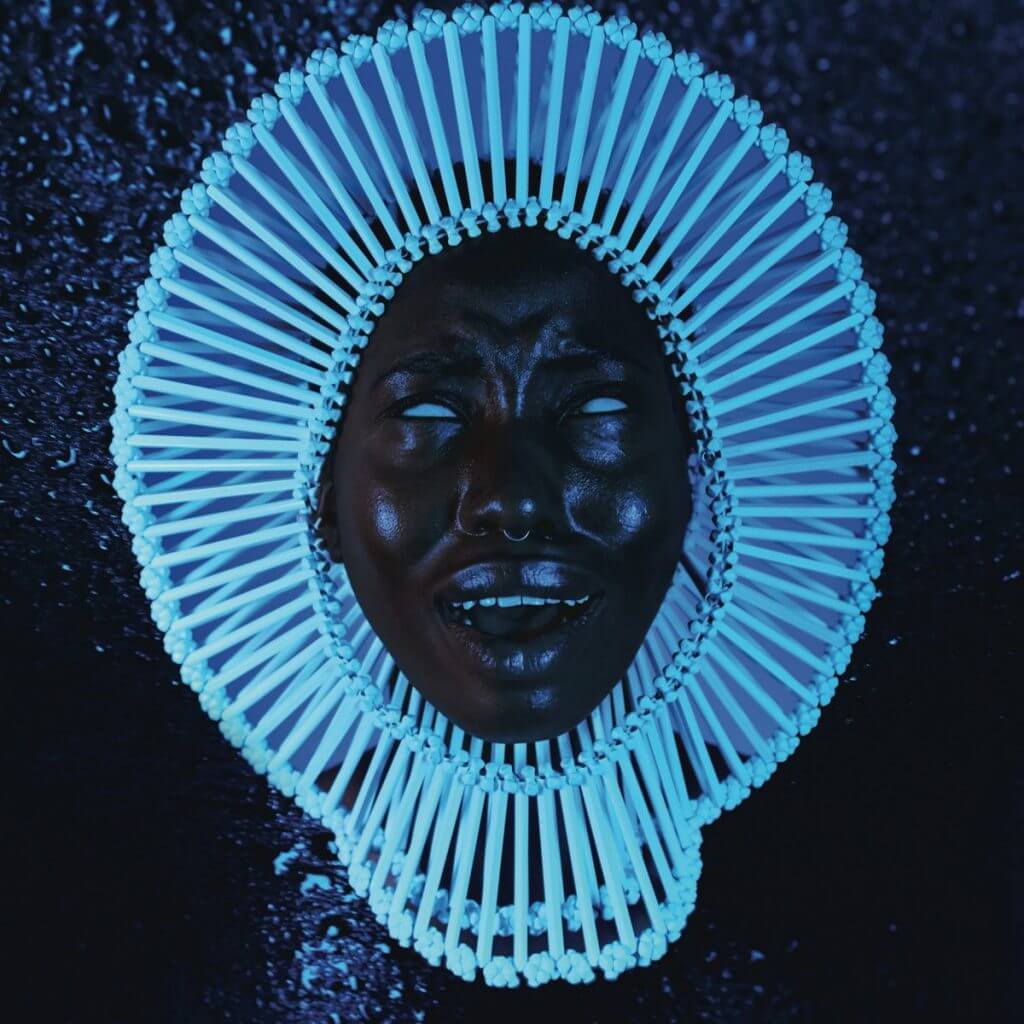 Donald Glover has tasted a lot of acclaim this year. His hit show Atlanta was a major smash and was considered one of the best shows on cable TV. He also delivered his follow-up to his critical darling, Because The Internet, with Awaken, My Love.

He took a left turn and departed from Hip Hop, and made more of a funk-infused project that conjures up Parliament Funkadelic in many instances. Those expecting what he brought with Because The Internet, or even his debut Camp, will be sadly disappointed. Awaken, My Love! will, however, satisfy those who just want some feel good funk, and cuts like “Boogieman” and “Redbone” are very irresistible.

Do yourself a favor: get out of the box you may have made for Gambino, and expose yourself to this album. You might actually be pleasantly surprised. Ah! The ever wonderful Esperanza Spaulding blesses us once again with her impeccable songwriting talent and her spellbinding musicianship. The multi-time Grammy Award-winner resurfaced with Emily’s D+Evolution, an album that fuses jazz, folk, some rock, and funk into one of the year’s most honest and musically intriguing albums.

There’s really no wrong point with this release, as she continues to show on cuts like “Rest In Pleasure”, “Judas”, and “Farewell To Dolly” that she’s a vital and important voice for our generation. There’s something about listening to some old 80s R&B and funk. It’s a warm nostalgic feeling that most over the age of thirty-five would only understand. Bruno Mars accomplished this with his third album, 24K Magic.

Conjuring up musical influences like The Time, Average White Band, and Earth, Wind, & Fire, Bruno has the best album possible to put on with the older folks over a barbecue or family get together. The young to the old will delight in this album, as with cuts like the title track, “Chunky” and “That’s What I Like”, this is not the album to stay sitting down for. Phonte Coleman can touch a car and make it turn gold, as the former Little Brother member-turned Foreign Exchange member collaborated with indie R&B vet Eric Roberson to deliver some true grown folk music with Tigallero. Strictly for the grown and sexy, these two dropped off a nearly flawless EP filled with cuts like “It’s So Easy”, “My Kind Of Lady”, and “Something”. It seemed like forever since the last time we heard from Frank Ocean. We last heard from him in 2012 when he delivered the magical Channel Orange. Four years later, he delivered a double shot. One was his visual album, Endless (which in itself was damn good), then he suddenly dropped Blonde a couple of days later. A lot more dense than Channel Orange, or even his mixtape Nostalgia, Ultra – this album is every bit as personal, if not more so. Highly intoxicating and hypnotic, this is a work of art from one of music’s most enigmatic figures. With help from Beyonce, Pharrell, Jazmine Sullivan, Andre 3000, and Kim Burrell, this album is as spectacular as it is contradictory. This was the year of Anderson.Paak. He dominated this year as a new artist upon the mainstream scene. While his debut Malibu ,was killing everything in sight critically, he had another project that practically deserved almost as much praise. He collaborated with producer Knxwledge (think Kendrick Lamar’s stellar “Momma” on To Pimp A Butterfly) to deliver a funky ride with Yes Lawd!.

Definitely a soulful, funky endeavor, NxWorries is similar to aforementioned albums like 24K Magic and Awaken My Love, in which this is a soundtrack very fitting for an era of the seventies or the blaxploitation time. Cuts like “Suede” and “Link Up” sound like something the late greats of Isaac Hayes or Curtis Mayfield would highly approve of. It had been seven years since we heard anything from Maxwell. His last effort, the first of the three-part trilogy BLACKsummers’night, was a welcomed return for the Grammy Award nominated artist. This second part, blackSUMMERS’night, is a bit more experimental, yet every bit as acclaimed as his first part, maybe even better.

Taking cues from the likes of Prince and some Earth, Wind, & fire, this album is draped in sensuality and smoothness from the beloved balladeer. As usual, expect some music to make children to, but also to appreciate the talent this man possesses. Let’s just hope the last part of the trilogy doesn’t happen another seven years from now. Known for his much-heralded projects such as Aijuswanaseing Juslisn, and OnMyRadio, Life On Earth was a much-welcomed return by Musiq Soulchild. With production assistance by Grammy Award-winning producer Warryn Campbell, this album is heavy in live instrumentation and very soulful sounds. Musiq Soulchild doesn’t stray too far from the formula that he’s so known for. Standouts such as the title track, “I Do”, and “Walk Away” are examples of the stellar talent that Talib Johnson has been known for over sixteen years. All Soulchild fans should really eat this album up and fully digest it. What a stunning return for Charlene Keys, otherwise known as Tweet. The lady known for her exceptional albums Southern Hummingbird and It’s Me Again, reemerged with her most personal and honest effort yet in the appropriately entitled Charlene.

Tweet’s exquisite vocals shine all over the album better than ever on cuts like “Got What U Want”, “I Was Created For This”, and “Won’t Hurt Me”. Mostly made up of acoustics, this album is drenched in soul and is among the single best purely R&B albums of the year if not the past few. Welcome back Tweet. Canadian EDM producer Kaytranada became a household name with his album, 99.9%, which mostly has him introducing us to his world of EDM and Techno, but isn’t afraid to fuse other genres such as R&B, Pop, Funk, and Soul. His tracks were infectious and in some cases inescapable, as cuts with Craig David, Phonte, and Syd exemplified. Even the cut with one of Hip Hop’s most revered producers of the year that didn’t emanate from the south in Kareem Riggins, “Bus Ride” deserves to be in constant rotation. Definitely an exciting album, you can expect even more great things from this producer. To say Solange Knowles became one of the game’s biggest breakout artists is an understatement. While we were familiar with prior works like Solo Star, True, and Sol-Angel and Hadley St. Dreams, this was the album that officially put her into more widespread acclaim.

Expressing pain, frustration, and Black pride, Solange delivered a classic for this generation and easily rivals big sister’s astounding effort. Addressing issues such as sexism, prejudice, and cultural importance, Solange has officially arrived if she hadn’t before.

Musically, this is as untouchable of a project as you’ll ever hear this decade with cuts like the beautiful “Cranes In the Sky”, “Don’t Touch My Hair”, and “Scales”. This is THAT project we’ve been waiting to hear from her. WOW! Two siblings and their cousin delivered R&B beauty in a major capacity with their debut We Are KING. This Cali trio dropped off an astonishing array of delightful music that is both soulful and invigorating.

Filled with synth music and dreamy soundscapes, their airy vocals blissfully compliment the breezy production and provides us with some of the best pure soul music we’ve heard in quite some time. When even the late, great icon Prince called them one of his favorite new artists, how can one go against that kind of co-sign? It’s something about some good soul music. You remember that old song, “Sweet Soul Music”, and how the song was giving props to those like that Otis Redding and Sam & Dave? If there was to be a remake, whomever would remake it must give props to this North Carolina native.

Anthony Hamilton delivered yet another soulful treasure in What I’m Feelin’ for our ears and hearts. Anthony sticks to the script that he’s been writing for himself for over a decade and a half now, and with cuts like the title track (which features vocals from his INSANE backup singers The Hamiltones), “Love Is An Angry Thing”, and “Walk In My Shoes” are so prototypical soul music that he practically is our new age Sam Cooke or Otis Redding. He definitely possesses the same kind of spirit. What can be said that hasn’t been said already about this classic? To say Mrs. Knowles-Carter didn’t show up and show out on this release is completely bewildering. Many compare Lemonade to a Black woman’s version of To Pimp A Butterfly. There could be some truth in that comparison, as this album changed the landscape of the game just like Kendrick’s cultural masterpiece did in 2015.

Covering each and every area the Black woman of today goes through (infidelity, trust issues, being a mother, surviving in a man’s world, etc.), she goes through area with such powerful yet at times very vulnerable conviction. From tracks like “Hold Up” to “Don’t Hurt yourself” and the anthemic “Freedom”, Beyonce spares no expense to make sure we feel her every soul on this game-changing album. If there was one person that completely obliterated his competition as a new artist in 2016, it was Anderson.Paak. Since hearing him on several cuts on Dr. Dre’s excellent Compton album in 2015, his stock has really risen. However, none of us were as ready as we thought we were when he delivered Malibu upon us.

One of the most gifted musicians in the industry today, Anderson introduced us to funk and soul in a way that was fresh and reinvigorating. This album was flawless and is considered a modern day portrait of musical brilliance. Complete with live instrumentation and a defiant attitude, Anderson deserves all the accolades and acclaim he keeps receiving from his peers.

Cuts like “Come Down”, “The Bird”, and “The Season/Carry Me” are too stellar for words.  They just need to be heard, over and over and over again. Multiple awards are headed in his direction, and with his announcement earlier in the year of signing with Aftermath, his star power is truly just beginning.

If you haven’t peeped any of these releases yet, do yourself a favor and do so before the new year is well on its way, so you can get ready for the new heat coming in 2017. Peace and love!