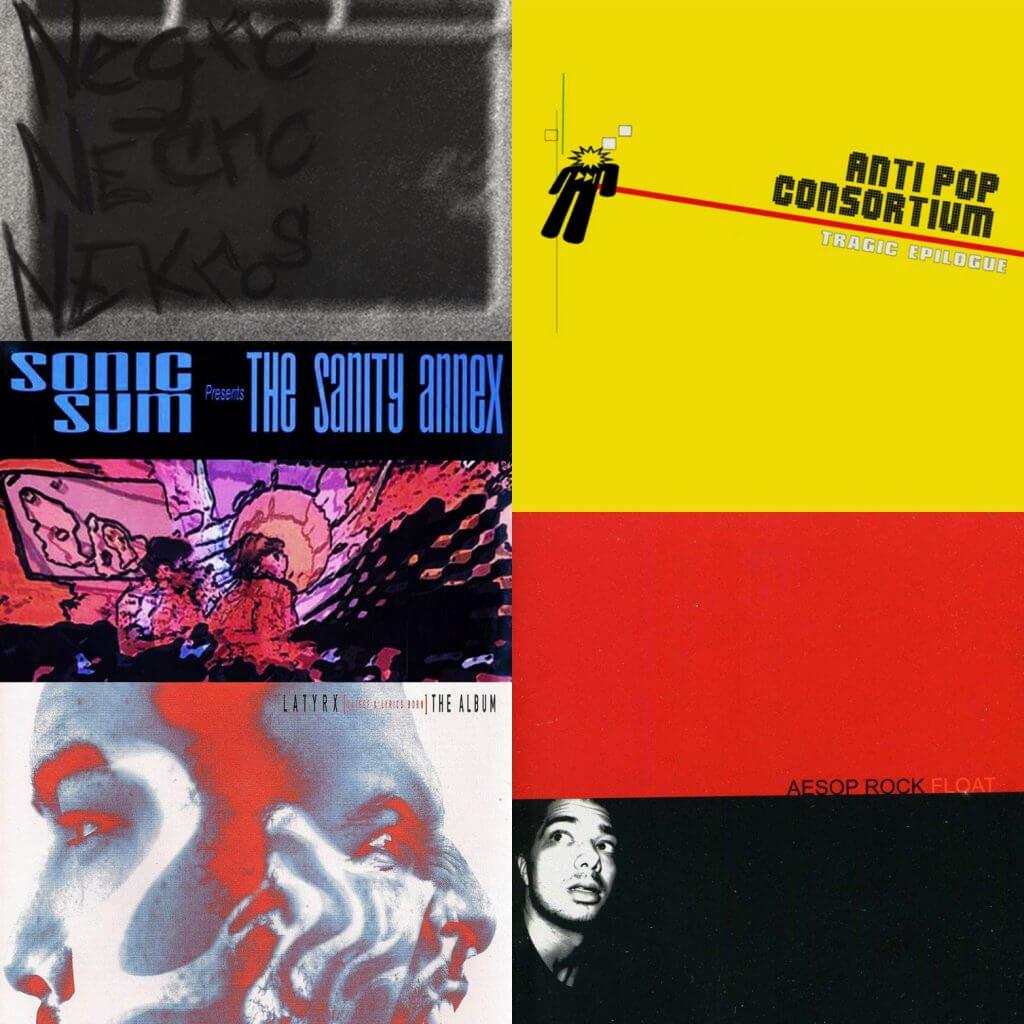 Madvillainy, Dr Octagonecologyst, Funcrusher Plus, The Cold Vein, The Antidote, The Unseen, Operation Doomsday, Labor Days – just some of the turn of the century Hip Hop albums that stayed wide away from the jigginess and materialism dominating mainstream rap at the time and that stood out because of their unconventionalism, experimentalism and creativity. All these albums were hailed as underground treasures when they were released and are now widely recognized as Hip Hop classics.

During the late 1990’s and early 2000’s, there were a whole bunch of other Hip Hop albums labelled left-field, abstract or experimental that never really got any shine. In this piece you will five of those albums. Do you know them all? This album is so slept on! Excellent Cali MCs Lateef the Truthspeaker and Lyrics Born deliver an album that may be a little bit too experimental, obscure and abstract for most but deserves more attention nonetheless.

Lyrics Born produced most of the album, with some cuts done by the supreme DJ Shadow. The off-the-wall production, combined with outstanding lyricism make for an album that deserves a place in any (alternative) Hip Hop fan’s collection.

If you can appreciate the innovativeness and quirkiness of an album like Cannibal Ox’s classic The Cold Vein, then you definitely have to check out Latyrx (if you haven’t already). Float is Aesop Rock‘s second full-length album and his first major release. For those who can only appreciate lyrics about money, guns, weed, and bitches, Aesop Rock’s left-field Hip Hop will be too complicated to digest.

The epitome of underground Hip Hop with its experimental, industrial beats and Aesop’s razor-sharp, intricate rhymes, Float may be inaccessible for the mainstream listener, but is truly a gem for Hip Hop heads with a more refined taste. Although Aesop Rock’s star would only really start to rise with his third album Labor Days and those that would follow, Float is a great album too and a prelude of even greater Aesop Rock material to come. Weird and noisy, this debut album by Newark crew Dälek is more about the sonic backdrop than about the lyrics. Experimental to be sure. the industrial nature of the beats and the abstract nature of the lyrics may be hard for some to take in. But those who dug an album like Company Flow’s Funcrusher Plus should find something to enjoy in Dälek’s music.

Negro Necro Nekros was the beginning of an interesting catalogue, with a bunch of albums that are well worth checking out by those who are not afraid to open their minds to something different. 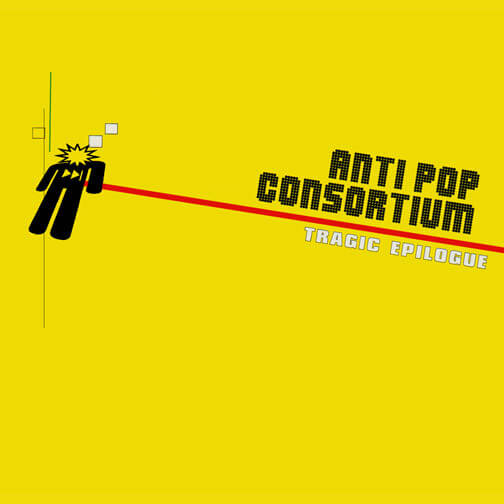 Tragic Epilogue is another one of those albums that went tragically unnoticed in an era where materialism and jigginess were the norm. Addressing exactly that kind of mainstream Hip Hop cliches, this album offers quality and originality – intelligent lyrics over innovative, boundary-pushing soundscapes.

Maybe not for everybody due to the experimental nature of the beats and the not run off the mill style of emceeing used by the three emcees, this is an excellent album nonetheless, one that deserves a place in the collection of anyone who can appreciate Hip Hop that is not thirteen in a dozen. Moody beats and instrumentals that complement the abstract but melancholic – often spoken word – lyrics perfectly. Introspective hypnotic and eminently listenable, The Sanity Annex is just one more of those albums that slipped through the cracks and remained sadly unnoticed – it’s never too late to check it out though!