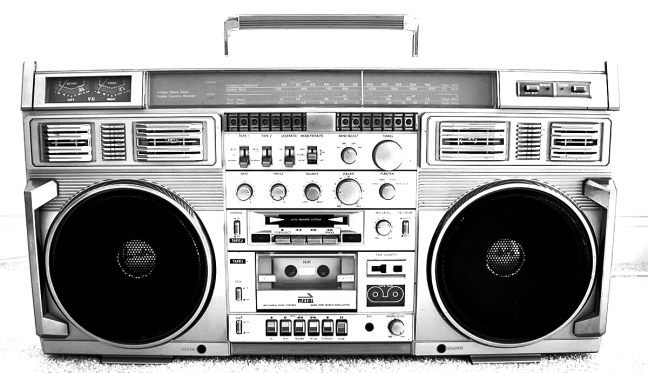 As a favor – one that you did not ask for – I’ve compiled a list of twenty songs that I think casual Hip Hop fans should know.

You like Hip Hop – and not just what you hear on the radio – but you don’t live and breathe it. You may not have spent your adolescent years studying The Source and CD liner notes like they were holy texts and deciphering lyrics two decades before Genius did, but you know every word of “Gin & Juice” and “My Name Is” and “Empire State of Mind.” You love A Tribe Called Quest and Beastie Boys and you know the basics of the Nas vs. Jay-Z feud. That’s enough for you.

This is a random, arbitrary list. These are songs that didn’t get enough attention when they were released or have been a bit forgotten over time. As a whole, these tracks don’t represent anything other than that. Some are unreleased, some were only found on mixtapes, some were hits, but were released before the Internet (meaning they’re treated as if they never existed at all), and some were just overlooked in one way or another.

In many ways, the beginning of modern Hip Hop. There’s a good chance you’ve heard this song, but you probably don’t realize the importance and impact of it. Rakim introduced complex rhyme schemes and a conversational way of rapping, transforming the genre overnight. Every Hip-Hop artist of the past 30 years can be traced back to Rakim, beginning with this song.

Backpack rappers from Boot Camp Clik flowing over a crazy Super Mario Bros. beat. What more could you want?

The most lyrical artist out right now spends 8 minutes conducting a rap clinic. He truly paints pictures with words.

Pete Rock is a legend (who claims Puffy stole the idea for “Juicy” from him) and his first solo album features a slew of MC’s, including this lyrical onslaught from members of both Wu-Tang & Mobb Deep.

Public Enemy is one of the most important groups in music history. The prophets of rage brought sociopolitical rhymes to the mainstream through Chuck D’s commanding voice and Flavor Flav’s theatrics and “Fight the Power” is their most important song. Featured on the soundtrack to Spike Lee’s Do the Right Thing, it is a call to arms to fight against the abuse of power and authority, calling out hypocrisy and double-standards in the United States. It was a fairly big hit and has been included as one of the best songs ever, but it debuted twenty-six years ago and many people may not have heard it or have not revisited it in a while. It is a must-listen. Never has Hip Hop been so politically motivated or sounded so good.

Skzyoo is my favorite new artist of the past decade or so and this is his magnum opus. A gorgeous song about his neighborhood and growing up, it is like reading the diary of a young man that loves his home and knows it can be better.

The first collaboration of the Blunt Brothers was featured on the soundtrack to The Show, but the remix, with its “Fly Robin Fly” sample and minimal beat is the perfect backdrop for Red & Meth.

In 1997, Canibus was annihilating every track he was on and his guest spot on The Firm album was no different. In fact, Nas said he was scared to get on a track with him, but it actually happened, yet it was consigned to a DJ Clue mixtape. Canibus’s verse is a classic, but Nas had nothing to worry about.

You know “Nuthin’ But a ‘G’ Thang” and “Tha Next Episode,” but did you know that as Snoop was extricating himself from Death Row Records, he and Dr. Dre were planning a full album? It never happened (shocker), but there was this song that was originally meant for that album. Death Row, however, would not clear Snoop, so Dre replaced him with LL Cool J and put it on the Bulworth soundtrack.

Most people know Joe Budden from “Pump It Up” or Love & Hip-Hop or maybe even Slaughterhouse, but I don’t think people realize how skilled of a lyricist he is.

It wasn’t the first storytelling song in rap history, but it was the most important. Influencing a generation of artists that followed, including The Notorious B.I.G. & Nas, Slick Rick used different voices to portray different characters and put enough detail into his songs to make you visualize them. Three decades later, this track still sounds fresh.

If you’re wondering why some people act like they’re having a religious experience when you mention Kendrick Lamar, this verse is a major reason. Sandwiched between two of his contemporaries, K. Dot unleashes a monstrous verse in which the Californian claims to be the King of New York and calls out all of his competition by name – including the two dudes on the song. Not many verses get entire pieces written about them.

The second Boot Camp song on the list, but they deserve it. For such a large and important Hip Hop group, they are woefully underrated and this song may be the best. While it doesn’t feature all of BCC, it has five of the best and this is the ultimate mid-‘90s NYC rap anthem. If you’re over 30, the vibe and tone of the song will take you back to your youth.

Three emerging stars from three different places – Chicago, Atlanta & L.A. – this was featured in a Boost Mobile ad, but is still often forgotten when each artist’s catalog is mentioned.

The hyper-fast method of rap has never been my taste and I personally miss the relaxed flow of 1999 Eminem, but this is an impressive display, particularly in comparison to the sing-song flow most artists use today. It stretches the limits of what a rapper can do.

Before a car accident robbed him of his voice and relegated him to a ghostwriter, The D.O.C. was poised to be the next great artist. Instead, we only have his largely overlooked classic debut, which was produced by his mentor, Dr. Dre. The final song on the album is also the final N.W.A ever recorded together as a five-man group. This song represents a moment in time before The D.O.C. lost his voice and Cube left the group. It makes you wonder what could have been.

Before the EPMD breakup and Def Squad and Redman & Method Man, there was Hit Squad, the early ‘90s crew put together by EPMD. While “Crossover” was the album’s song that got more airplay, this is a classic, with four raw verses, including a young Redman full of energy. Plus, the nonsensical lyric, “Yo, where’s my hoodie?” is delivered unironically, which is just a bonus.

You’ve probably heard “Not Tonight (Ladies Night Remix)” but the year before Puff brought together Foxy, Kim & Brat and let them spit, allowing Total to croon in the background and on the hook. All three verses are top-notch and it’s a window in what could’ve been had The Notorious B.I.G. not been killed (he wrote Kim’s verse and maybe Foxy’s too), Foxy and Kim not had a falling out and the entire Bad Boy empire had stayed intact.

Although he disagrees, I’m one of the people that think My Beautiful Dark Twisted Fantasy is Kanye’s best album. Although both Kanye and Jay are on the track, they pale in comparison to Nicki Minaj’s scene-stealing, gender-affirming, career-defining, crown-fitting verse. Much like Kendrick on “Control,” this shows all of her skills in one song.

There was a changing of the guard in Hip Hop in 1998. The previous two years had seen the game’s biggest stars killed and while both Jay and Nas were eyeing the crown, a large number of new artists emerged on the scene ready to make their mark. For his own debut, Clue put four of them on a track and let them go. Cam has some witty lines and Pun does his thing, but Canibus – as he did on every feature back then – steals the show with a long, impressive verse that proved why he was viewed as a phenomenon back then.

AZ is one of the most underrated MC’s in history (as I detailed in The Hip-Hop 10). Most people know him from his verse on “Life’s a Bitch,” the only guest spot on Illmatic, which has turned out to be both a blessing a curse. It got him a deal, but he was never able to fully emerge from that shadow. That’s a shame, because his flow is water and his rhymes are both rugged and insightful, all of which is perfectly presented on “Sugar Hill,” which was a minor hit when it was released, but is often overlooked today.

You probably won’t like all of those songs, but I would suspect that you’ll enjoy at least a few of them. The next time you’re in a conversation with a Hip Hop head, mention one of these and your stock will rise.

Republished from The Passion of Christopher Pierznik

Christopher Pierznik is the worst-selling author of nine books. Check out more of his writing at Medium. His work has appeared on XXL, Cuepoint, Business Insider, The Cauldron, Medium, Fatherly, Hip Hop Golden Age, and many more. Subscribe to his monthly newsletter or follow him on Facebook or Twitter. Please feel free to get in touch at CPierznik99@gmail.com.