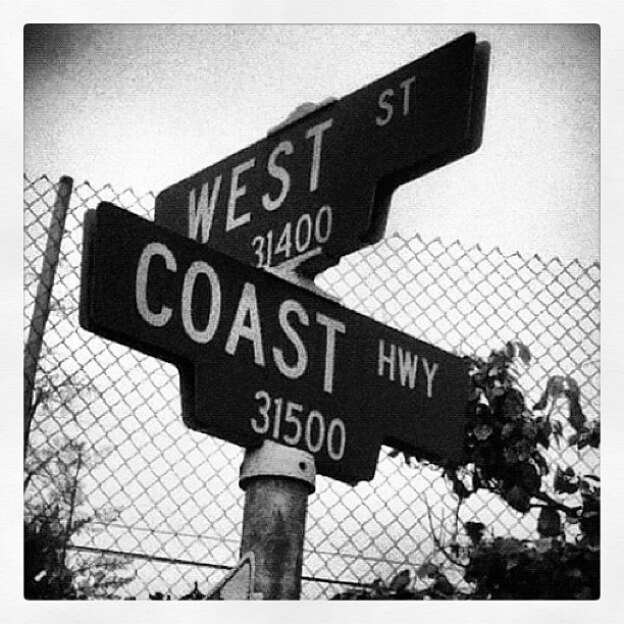 In Hip Hop’s break out decade, there was more to West Coast Hip Hop than just N.W.A and Ice T. For this list, we have selected 10 classic West Coast Hip Hop tracks – from the aforementioned legendary artists, but also from a few ‘forgotten’ acts. Of course, there are many more early West Coast acts and songs that deserve mentioning, if you feel we forgot some essential ones – hit us up in the comments!

“Who’s this, y’all? / Who’s that? / I say it’s Disco Daddy and Captain Rapp / We’re just two bad brothers and that’s a fact / You got us both fantastic cats…”

Sometimes dubbed as the West Coast version of “Rappers Delight”, this track just may be the first real Hip Hop single to come from the West – by Disco Daddy (well-known for participating in one the first Hip Hop battles ever – against Ice T) And Capt. Rapp, two L.A. music veterans.

Straight Outta Compton – way before N.W.A started making noise – Toddy Tee came out with this commentary on the tank-like vehicle the LAPD used to use to break down suspected crack houses. A distinct departure from the disco / electro sounds and party lyrics that were still prevalent at the time, this track is a true pioneering piece of work – sonically and lyrics-wise.

“6 in the morning, police at my door / Fresh Adidas squeak across the bathroom floor / Out my back window I make my escape / Didn’t even get a chance to grab my old school tape…”

After dropping a couple of singles in 1983 and 1984, Ice T really found his style after getting inspired by Schoolly D’s classic track “PSK (What Does It Mean)”. “6 N The Morning” would turn out to be a genre-defining song, a huge influence on what would later be known as gangsta rap.

“Cruising down the street in my 64 / Jocking the freaks, clocking the dough / Went to the park to get the scoop / Knuckle-heads out there cold shooting some hoops…”

The debut solo single from Eazy-E (produced by Dr Dre, lyrics written by Ice Cube), the original version featured on the NWA & The Posse album, released in 1987.

“If you smoke ‘caine, you’re a stupid m*****f***** / Known around the hood as the schoolyard clucker / Doing that crack with all the money you got / On your hands and knees searching for a piece of rock…”

From the same album as Eazy-E‘s original version of “Boyz N The Hood”, this track was the no holds barred introduction of N.W.A to the world, with some classic Ice Cube lyrics and revolutionary production by a young Dr Dre.

Oakland legend and Hip Hop pioneer Too Short is a perfect example of a self-made success story. After selling tapes out of his trunk for years, he dropped his first studio album in 1987. “Freaky Tales” was his break-out hit and it would turn out to be a career-defining song for him – explicit player stories over some funky-ass beats. Nobody does it better than Too Short.

“The bass that’s in your face, sho’ nuff shrugs your face / Just like you got sprayed by a can of mace / You see your speaker is movin, everybody is groovin / My song moves along as it starts improvin…”

“Cause I need some BOOM, to crack the walls / Break the windows, shake the room / When I’m done take my photo, this is how it go though / King of cool lyrics, and I’m solo…”

King Tee is a much respected West Coast Hip Hop veteran, who dropped a bunch of dope albums in the late 80s and early 90s. For some reason, he never got the recognition and fame of some of his contemporaries, but real heads know what’s up. The DJ Pooh produced “Bass” is one of the many stand-out tracks from King Tee’s classic debut Act A Fool.

The 7A3 was a group based in Los Angeles, consisting of a young DJ Muggs (pre-Cypress Hill) and the emceeing brothers Brett and Sean Bouldin. They dropped a dope album in 1988 – Coolin’ In Cali – but are perhaps best known for contributing this awesome track to the classic Colors Soundtrack.

“Listen to the kick, drop in with the click / And with no rehearses I’m dropping funky verses…”

At the end of the decade, Hip Hop had firmly entered its Golden Age and had become a worldwide musical and cultural phenomenon. The D.O.C. is one of the many late 80s acts that achieved great critical and commercial success. His Dr Dre produced debut No One Can Do It Better is an all-time Hip Hop classic, and this track is just one of the many bangers from that album.