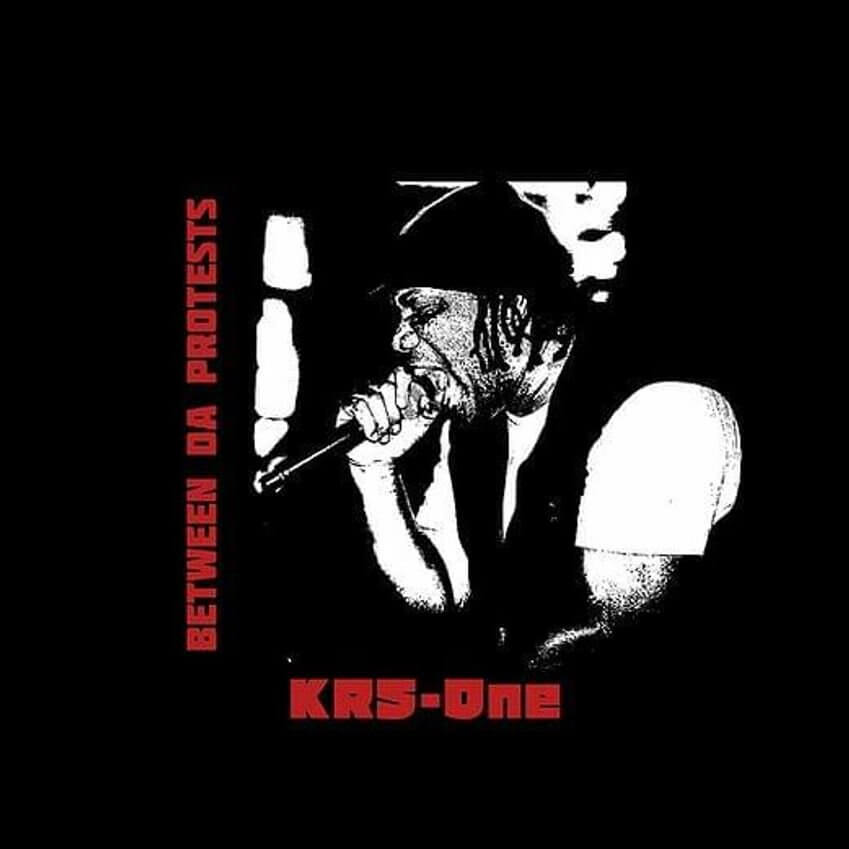 “Yo, I’m strictly about skills and dope lyrical coastin’
Relying on talent, not marketing and promotion”
– “Step Into A World” (1997)

KRS-One is one of the Hip Hop GOATs, anybody willing to dispute that claim doesn’t know Hip Hop, it’s as simple as that. A new KRS-One album should be a big event in Hip Hop, but it hasn’t been for a long time. Why is that? It’s not just that Hip Hop has changed, and the focus of the public with it. It’s also that KRS-One has never been particularly good at marketing and promotion – and maybe the truth is he’s never been really concerned with it.

Between Da Protest is KRS-One’s 23rd album, and the release of it could hardly have been more underhyped. Dropping an album in the last two weeks of December (even KRS One has his own reasons for this specific release date) is not the best move to make from a marketing and promotion point of view. Considering the lack of pre-hype, the timing, and the visual presentation of this release it’s almost like KRS-One is asking for not being noticed.

“By now it is clear, KRS-One is indeed THE GREATEST RAPPER/EMCEE OF ALL TIME! 22 dope albums over a 35-year period? No rapper/emcee has ever reached this legitimate level of excellence and skill. NO ONE! Already proclaimed “a classic”, KRS-One returns with his 23rd album project Between Da Protests which balances revolutionary themes with raw street-poetry over what KRS-One calls “boom-bap beats”. With songs like “Don’t Fall For It”, “Black Black Black”, “Free (The Book Song)” and “Boom Bye Bye”, KRS-One addresses the concerns of average people, working people, thinking people. And while the revolutionary-minded will find much in Between Da Protests to be excited about, it is songs like “Opening Remarks”, “Tight” and “Medu Neter” that remind us just how dope KRS-One actually is on the mic (in the studio or live). Between Da Protests—another authentic Hip Hop album project by KRS-One.”

Calling Between A Protests a classic is a bold statement – in truth this album is not on par with KRS’s best albums – all the albums he did with/as Boogie Down Productions in the 1980s and early 1990s, and albums like Return Of The Boom Bap (1993) and KRS One (1995). But even if Between The Protests will not be considered a KRS-One classic way down the line, it IS a thoroughly solid album.

As always, it’s all about KRS-One’s rhymes. His voice is unique and still as powerful as it has ever been. His eloquence and articulateness are unparalleled. His rhyme-structuring is one of a kind and his lyrical content is always relevant and thought-provoking. Lyrically, few have ever been able to touch KRS One. Just listen to tracks like “Murder We Just Saw” and “Don’t Fall For It” – classic KRS.

The beats on Between Da Protests could (and should) have been better, though. The fact that a KRS-One album is always more about the rhymes than it is about the beats, doesn’t mean a little more attention could not be given to the musical backdrops. Imagine KRS-One getting with DJ Premier or Apollo Brown for a full album, plus releasing it on a label that understands how to market and promote an album in a way befitting the status of an industry icon – that would be something.

For HHGA, KRS-One is one of the most prominent and most important figures in Hip Hop, ever. A top 3 emcee of all time too, anyone who has ever seen KRS-One perform live knows he’s the best to ever do it. A KRS-One album should automatically be in AOTY discussions, the fact that his work hasn’t been talked about in that way in a long time has everything to do with his unconcern for marketing and promotion, and his lack of focus on the beats that support his rhymes.

All that said, an understated KRS-One album like Between Da Protests is still better than most other artists’ work this year (a strong pro-KRS-One bias freely admitted here). For HHGA, any KRS-One album IS a big event, even if it isn’t for KRS-One himself. Owing to the lack of hype and promotion most other Hip Hop listeners outside KRS-One fans will most likely sleep on Between Da Protest, unfortunately.

Maybe KRS-One can go for a collaboration with a top-producer and opt for a release on a strong Hip Hop label for album number 24?

One response to “KRS-One – Between Da Protests | Review”