Just One: Redman or Common Sense 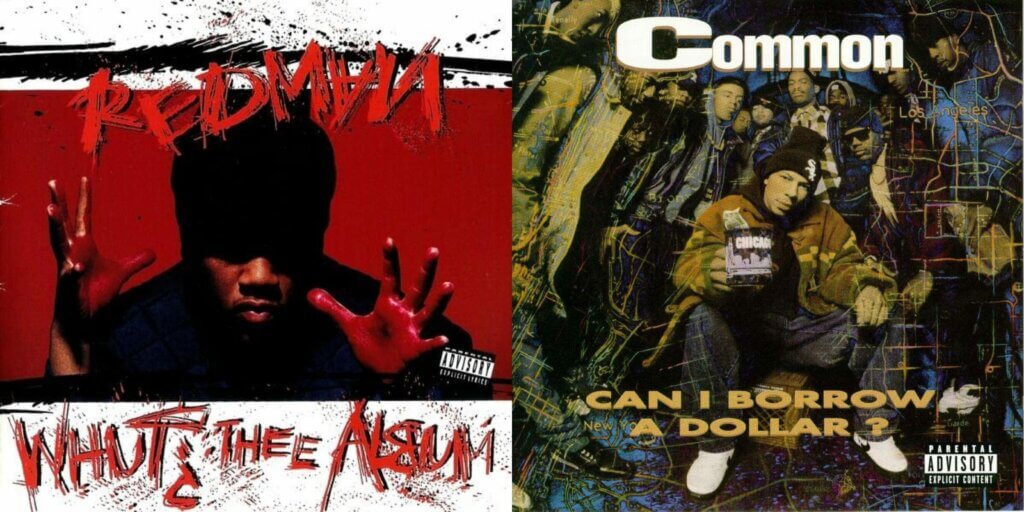 By October 1992, I had been in college for a couple of weeks and was beginning to appreciate the musical taste of my roommate, Rashad. Initially, we both had reservations. He was a fan of the Fu-Schnickens and the UMCs while I was a believer in the Poison Clan and Detroit’s Most Wanted. But Rashad had a subscription to The Source and could easily identify a random jazz sample in a Hip Hop track, so my initial reservations began to thaw. Then he introduced me to Redman and Common Sense and changed my Hip Hop appetite forever.

For this installment of Just One, we’re going to have a moment of truth between Redman’s Whut? Thee Album and Common Sense’s Can I Borrow a Dollar?. If you were like Rashad and I, funds were limited, so splurging on two cassettes was not only a gamble but an infringement on your laundry money. However, as we’ve done with previous installments, we are going to use a 0-2 point scoring system in a few categories to help us with our choice. The categories are:

Once we go through the categories, the album with the highest overall score is the one we probably should have purchased first.

Rashad played EPMD’s “HeadBanger” ad nauseam. But I liked EPMD and thought K-Solo was cool. Watching Rashad enthusiastically recite each line was hilarious particularly when he did a Damon Wayan’s Handyman type dance when Redman said that line about cerebral palsy – pure comedy. Heading into his release, I was well aware of who Redman was.

I never heard of the rapper we know as Common but who was then Common Sense. When Rashad played the tape, that was my first time hearing him.

“Time 4 Sum Aksion” was instant energy! Rashad was jumping all over the room. Moreover, that was the first time I heard “straight outta Jersey!!”.

It would become a popularly shouted refrain all around campus. We even had a cat tagging dorms with “Straight Outta Jersey.” Yep, Redman was so infectious he turned college kids to graffiti artists.

“Take it EZ”: I was excited for a rapper from the Midwest getting some national attention. I liked the beat and found myself saying “oh sh**” recalling the memories prompted by his lines (Sha-na-na-na and “I gots the Magic but I’m not a Laker”). The damper on my enthusiasm was my opinion of his flow which was seemingly inspired by Das EFX (which I disliked). Nevertheless, I was rolling with this cat.

“Blow Your Mind” – you guessed it, Rashad’s antics reached an enthusiastic pitch when this came on – “AAAAAHHHHHHHHHH!! LOOK OUT!” I could follow the Gap Band sample more clearly than Red’s flow. I was like, ‘how does he say all that in one breath?’ BUT, I did press rewind to get my mind blowed (again).

“Breaker 1/9”: this comment is definitely one made in hindsight to explain the unease I had with Common Sense – he sounds like a promising rapper who hadn’t found his voice yet. His wit was evident. The rhyme skills were promising and the beats were dope. Yet, then and definitely now, the Das EFX flow? Let’s just say I’m glad that time has passed.

“Tonight’s Da Night” had me going. I was thinking this dude about to be smooth with it. Then Hurricane G cuts in and gets him back to his regular wild self. In shading Common Sense on the wiggity flow, I can also hear it’s influence on Redman. Yet, at this stage of their careers, I could here a greater distinction or uniqueness in Reggie’s flow more than I could with Common.

“Soul by the Pound”:

Just for the record – the remix bangs tougher than the album version. All my comments are the same – I hear the potential, like the beats, but not feeling the flow. 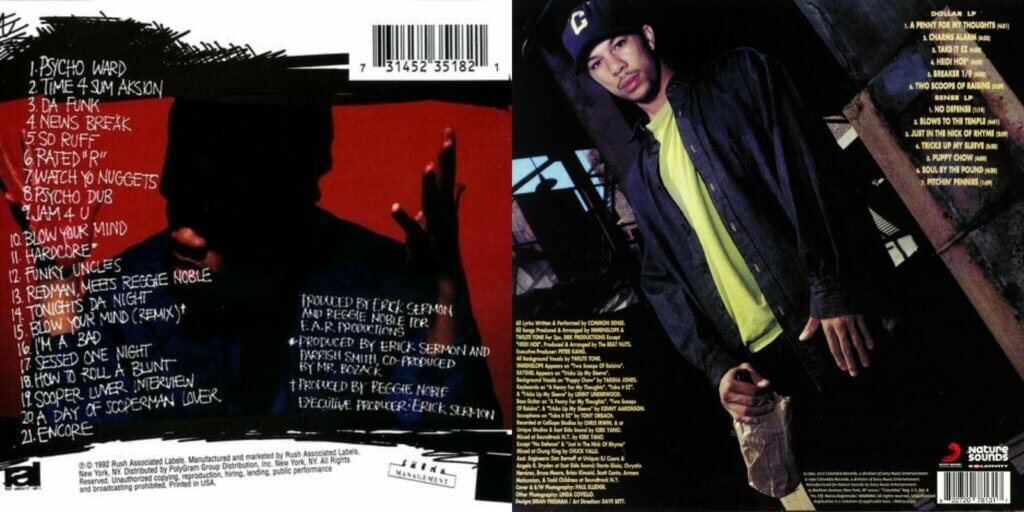 Common was tremendously better by his sophomore album, the classic Resurrection. In some ways, Can I Borrow ... is to Common what Words From The Genius is to the GZA – a nearly forgettable debut from an artist who became exceptional. Can I Borrow... did not age well.

Whut?! The Album aged better while still sounding dated. It was with this album that I started to appreciate Erick Sermon as a producer. So does it come down to No I.D. or Erick Sermon? Somewhat, in both cases the beats matched the times. But the uniqueness of Redman’s flow and style carries him here.

A midwestern MC with a national release? I can’t say I recall that happening. I was purchasing a number of local acts or Rap-A-Lot or Bay Area rappers from the mom & pop record stores. But Common was on Rap City; he deserves some love there.

Whut?! The Album was better than EPMD’s Business Never Personal album which is unique because how often does the guy who got put on have an album better than the guy who put him on? Okay, Jay Z over Jaz-O. Name another … now looking back on a whole body of work, folks will say Royce outshines Em but technically they are peers so it doesn’t really fit. Point being, Redman was a game-changer because you had not experienced an MC like him.

I want to say that I am a Common fan. I own (read: paid money for) ten of his twelve albums. I never purchased Can I Borrow… Actually, I don’t remember when Rashad purchased it either, it seems like at some point in time he just had it. I vividly remember him purchasing Redman and eventually Whut?! is the only Redman album I would own. Which in some ways reinforces today’s match-up. Redman was the purchase we should have made back in October 1992.

One response to “Just One: Redman or Common Sense”