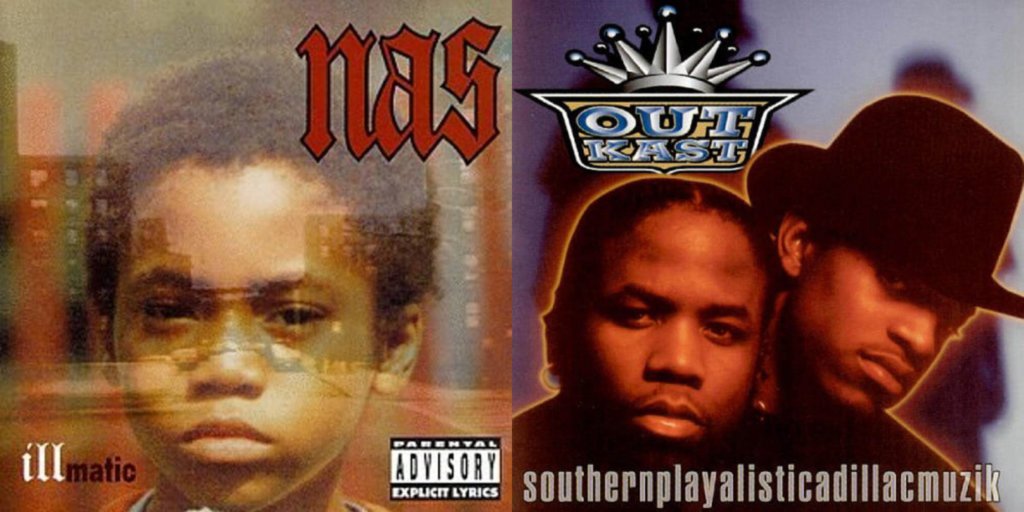 If you’ve been with us on this ride of nostalgic essays, then you know the central premise is this: you’re in the record store during a specific moment in time and you only have enough money for one purchase. Today, the moment is April 1994 and the difficult choice involves Nas’ Illmatic and OutKast’ Southernplayalisticadillacmuzik. The memories of which makes me shout “WOO!” like Ric Flair.

The choice is broken down into a few categories and as objectively as possible, assigned points between 0 – 2. The categories are:

Ultimately, the album with the highest score is the one you and I probably should have purchased first.

Nasty Nas had a serious buzz due to his appearance on the Main Source’s “Live at the BBQ” and the anticipation was intense. In hindsight, I supposed it is fair to say Nas was an underground MC – “underground” implying lyrical skill over commercialized packaging. 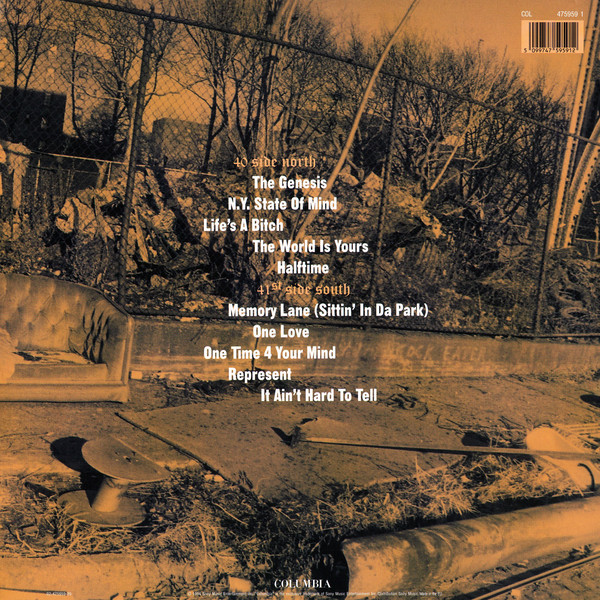 Some would envision him as some sort-of Luke Skywalker taking the (Hip Hop) Empire back from the West Coast. However you saw him, the pending release of Illmatic had madd hype.

I first experienced OutKast through the video for “Player’s Ball.” Immediately, I pictured me and man, Jay, cruisin’ Jefferson Ave and Belle Isle. More than any other Hip Hop group, I felt a kinship, a relatability, a bond with OutKast. 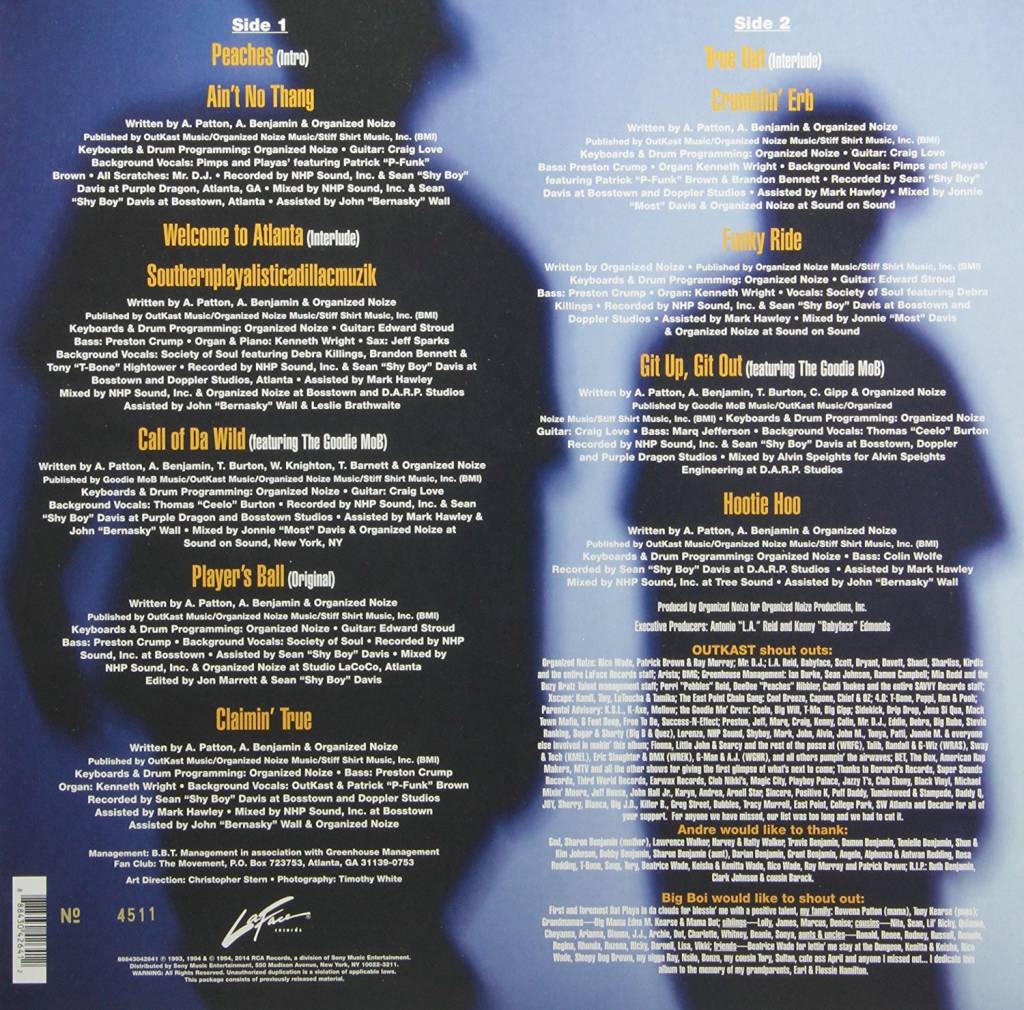 I bought the cassette single that day and was not deterred by its Christmas theme. These were going to be my guys. Their contribution to the LaFace compilation album generated buzz heading into the release of their first album.

“Life’s A B****” was the first song I played for my birthday every year from 1994 -2016. If you were to bottle-up some Hip Hop, tossed it into the sea, and some stranger on an isolated island opened and heard AZ talking about “visualizing the realism in life and actuality” – they would be hooked. AZ’s verse is one of the greatest in Hip Hop history. But this is about Nas, right? He delivers too. His “I woke up early on my born day” was the impetus behind my annual birthday listen as I turned 20 in 1994. In some ways, this song is a mainstay in my young adulthood soundtrack.

“Player’s Ball”: In seeing myself through OutKast, I am particularly speaking about the artist we would eventually know as Andre 3000. I saw Jay as Big Boi. Over time, we have come to know Dre for some off the wall stuff while Big Boi has been consistently down-to-Earth and in touch with their core audience.

Back in ’94, they were almost interchangeable. It wouldn’t be until their second album, my favorite – ATLiens, when their voices became more distinctive. Nevertheless, Dre’s notion of “having made it through another year, can’t ask for nuthin’ much mo'” fit my view of navigating late adolescence.

“The World is Yours“: This was the first song I heard from Nas and I was smitten. This stands out because in 1994 I was a midwestern teen at an east coast & southern HBCU. I was vehemently against any “wiggity wiggity” rhymes and blindly committed myself to any Hip Hop that wasn’t from New York. Nas changed that and broke down those BS barriers I had erected. My college friends, Brian, Ed & Trev staged an intervention and the song that changed my position was “The World is Yours.” When Nas said: “I’m the young city bandit, hold myself down single-handed, for murder raps, I kick my thoughts alone, get remanded, born alone, die alone, no crew to keep my crown or throne, I’m deep by sound alone, caved inside, 1,000 miles from home.” I was officially a fan. The Ahmad Jamal sample Q-Tip supplied was the icing on the cake.

“Git Up, Git Out”: if we are going to talk about AZ’s spotlight-stealing bars, then we must also mention Cee-Lo’s scene-stealing on “Git Up, Git Out.” His thick Southern drawl accentuates the potency of “I don’t recall, ev’a graudatin’ at all, sometimes I feel like I’m just a disappointment to y’all.” Yep, he stole the show despite Big Gipp, Dre, and Big Boi’s good verses. Moreover – and I keep coming to this – the song captures the frustration of young adulthood for African American males within or in proximity to poverty. It’s an awkward space: the comfort zone of the familiar and the pending reality of having to make a go at life on your own. Add in racism and other societal ills and life becomes a treacherous landscape to traverse. Through the music I was able to commiserate with others, like when Dre said: “I should’ve listened when my mama told me, that, if you play now, you gonna suffer later, figured she was talking yang yang so I payed her no attention, and kept missing the point she tried to poke me with, the doper that I get, the more I’m feeling broke as s***.”

I think these lines capture the essence of Nas: “This rhythmatic explosion, is what your frame of mind has chosen, I’ll leave your brain stimulated, ni***s is frozen, speak with criminal slang, begin like a violin, end like Leviathan, it’s deep? Well, let me try again.” Yep, classic Nas bars that flow and then make listeners pause to think of the magnitude of what he said.

“Crumblin’ Erb”: let me be clear, the best listening experience for “Crumblin’ Erb” includes Big Rube’s “True Dat” (the preceding song on the tape). Big Rube sets the stage and Dre and Big Boi definitely deliver. I reflect on the summer of 1994 as the last summer of irresponsibility and I specifically recall being posted up on Jefferson Ave with Jay and Mike playing this song again and again. The Marvin Gaye sample along with Sleepy Brown on the hook made this my favorite track on the album.

If these albums were to come over your speakers now, how many tracks would be skipped? This is where Illmatic‘s efficiency stands apart. Although I believe PA from the Dungeon Family released an album prior to Southernplayalistic..., there is a feeling that this album represented the introduction of the whole Dungeon Family. Which lends it an expansiveness and breadth that while memorable, lends the listening experience some excess fluff. I truly say that in hindsight because in ’94, Peaches doing to the intro was important. Whereas now that OutKast are established icons, we don’t need to be introduced to them or Atlanta. Going back to the idea of these albums playing right now – I honestly believe that both you and I would listen to a greater percentage of Illmatic‘s 10 tracks than Southernplayalistic..‘s 17 tracks.

Both were game-changers – it wasn’t “hard to tell” that the “South had something to say!”

Rewind back to 1994, where a soon-to-be 20 year Sabin Prentis was in the throes of the broke college student years. I made it through the summer with homemade dub tapes that my friends who had already moved on to CDs made for me. Those tapes had songs from both artists. I wouldn’t actually purchase Southernplayalistic... until after ATLiens; however, I did finally gathered enough coins to purchase the Illmatic cassette – which then like now, rightfully fits as the initial purchase between these two.

2 responses to “Just One: Nas or OutKast”