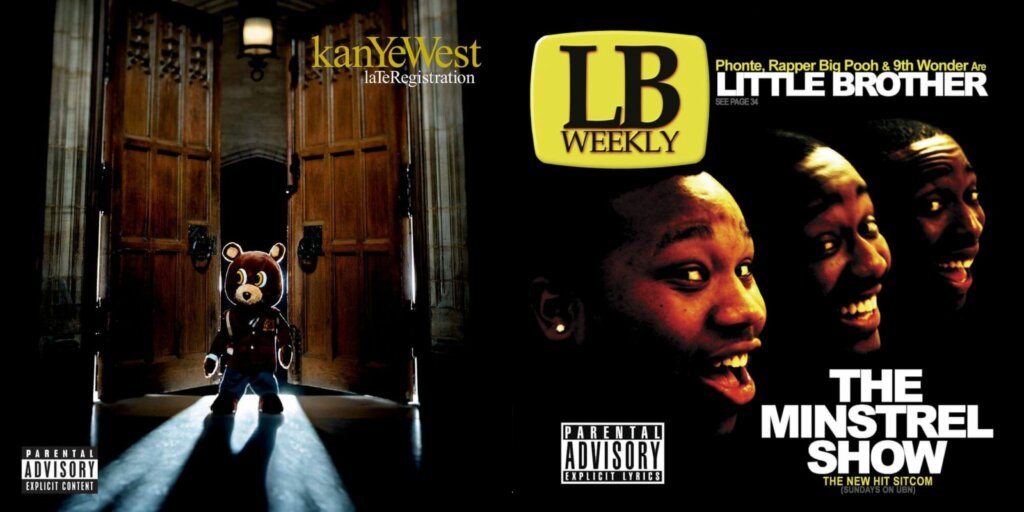 If you’re a fan of The Wire, remember how Omar would tense his face, shake his head, and sinisterly state, “indeed”? That’s how I feel going into this match-up. I’m going to get real technical on the criteria – in previous posts, we matched albums that were released in the same month. Today, it’s slightly different because while these albums were released in different months, they were released within two weeks of each other – so we’re going to roll with that.

By late summer 2005, I was not experimenting with my music purchases anymore. If I copped a new cd it was because I was already an established fan or the buzz was so strong I had to check it out for myself. I bought, enjoyed, and still play both of these albums.

If you are new to these nostalgic essays, understand that the basic premise is that at a given point in time you were faced with making one purchase between two albums. With these essays, we sort of reflectively review variables until we arrive at which one you should have bought first. We score the variables by using categories and objectively assign points between 0 – 2. The categories are:

After scoring these variables, the album with the highest score is the one we probably should have purchased first.

The bonafide backpackers of Hip Hop would shame you if you had not heard Little Brother’s first album The Listening. I had not. But thanks to Okayplayer, I learned about their Chitlin’ Circuit EP but I still didn’t cop it. However, the perfect score from Rap Reviews for The Minstrel Show was enough to push me into action – I was not disappointed.

“Gold Digger” was a HUGE hit and eventually a self-fulfilling prophecy. Add on the momentum Jamie Foxx had from his award-winning depiction of Ray Charles and you’re talking about a monster smash! It was now a fact, Kanye was even bigger than he was before.

“Lovin’ It” is arguably the best track on the album. First of all, I am a HUGE fan of The Stylistics so the sample and introduction had me hooked from the jump. 9th Wonder has a bangin’ body of work, but if I could only have one beat from him – it would be this one.

Pooh and Phonte display their usually good synergy and Joe Scudda is icing on the cake. This song is a must-have in your current rotation.

“Diamonds from Sierra Leonne (remix)”: On his next album, Kanye acknowledges that his “big brother came through and kicked my a**.” The said big brother is Jay Z and here and in subsequent tracks together Jay is clearly the Magic Johnson to Kanye’s James Worthy.

I’m getting off-topic here BUT that’s why the new Jay Electronica is so dope – it features an MC who is not outshined by Jay Z, they come across as Kawhi & Paul George or at least Raekwon and Ghostface.

“Not Enough”: Looking back, some would say this song is an indicator for the direction Phonte would go towards with The Foreign Exchange’s Connected album. No argument on that. It should be noted that The Minstrel Show is a marvelously sequenced album! Every song and every skit flows seamlessly. It is an enjoyable comprehensive listen. With that said, if “Not Enough” randomly came on your shuffle, you’d bob your head to it.

“Touch the Sky” jumps out with a slamming Curtis Mayfield sample and its all good from there. This was my first time hearing Lupe and I became a fan. Moreover, as I progress through life and experience my share of disappointments, I recall Kanye’s line:

Dog, I was havin’ nervous breakdowns

Like “Man, these ni***s that much better than me?

But guess who blew up or touched the sky? Yep, Mr. West.

“Slow It Down” is another track that fits seamlessly into the album’s overall groove while managing to pique the listener’s ear with some real-a** young man talk.

Sometimes I think I’m from another world

And when I don’t want a girl

I want a girl who understands that

Although Phonte can punch you in the face with a one-line zinger, he consistently grabs listeners with relatability over a few lines that prompt a bit of introspection. 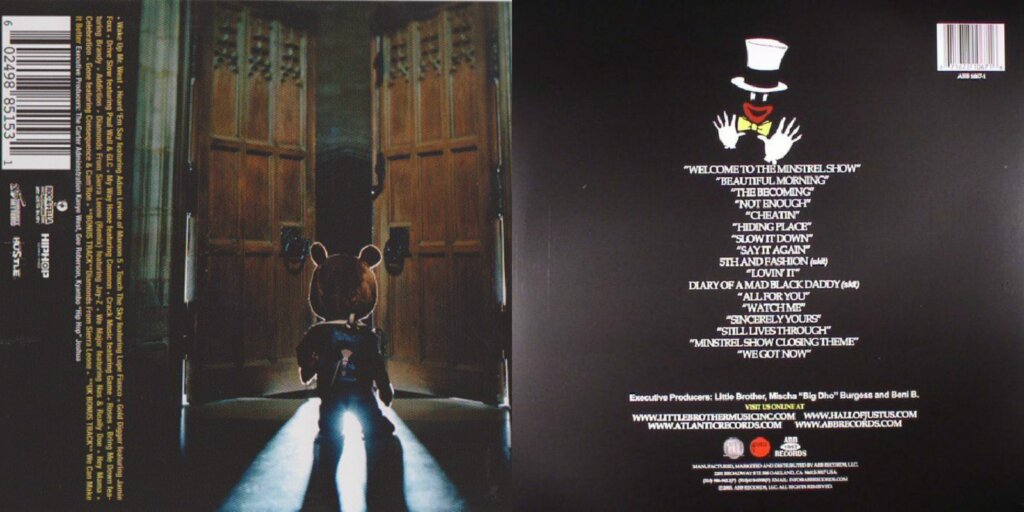 It is no doubt that the production, marketing, and overall energy behind Late Registration was significantly bigger. Kanye really was doing his thing and I believe it was with this album where he cemented his fame.

Little Brother was at best, under-marketed, and probably more truthfully, ignored by their record company. What should have been their national showcase – in terms of promotion – ended up being overlooked and forgotten. Perhaps that is the reason they soon left the record company. BUT do not let record company shenanigans make you sleep on a classic album. The Minstrel Show bumps!

I’m going to use two different albums to illustrate my perspective with these albums. The Miseducation of Lauryn Hill is a classic and it also compromised of different types of songs that prompt different listening moods. OutKast’s ATLiens is a classic album that you can listen to, straight through, one mood. In this match-up, Late Registration would be more like The Miseducation … while The Minstrel Show would be ATLiens.

This is where we get nit-picky. Late Registration is a pace-keeper. It builds on the vibe of The College Dropout and bridges to Graduation. There is a reason for the recurring Teddy Bear Mascot. However, even in keeping pace, Kanye improved.

Is The Minstrel Show a game-changer? In one way, it is the end of something special as the group shrank from a trio to a duo. For some, like me, it was the “big” release of some underground MCs – eh, maybe I’m reaching. It was a game-changer for me because it was my introduction to the group. It is a pace-keeper to long time fans because the promise they experienced on The Listening shined again on this album.

Really, different fans would choose the one that fits their preference but would not at all be disappointed by the other. I contemplated the Skip-A-Track test but Kanye has so many tracks, that should you skip a handful, you still have nearly an hour of quality music. It’s hard to write this a not revisit the disappointment of Little Brother getting shafted by their record company. But had that not happened would we have gotten The Foreign Exchange? Pooh’s albums? Phonte’s albums? I don’t know. I do know Phonte is one of my top five MCs and he out rhymes Kanye on Kanye’s wittiest days. But between these albums? It’s six in one hand, half -of-a-dozen in the other – you can’t lose.

One response to “Just One: Kanye West or Little Brother”