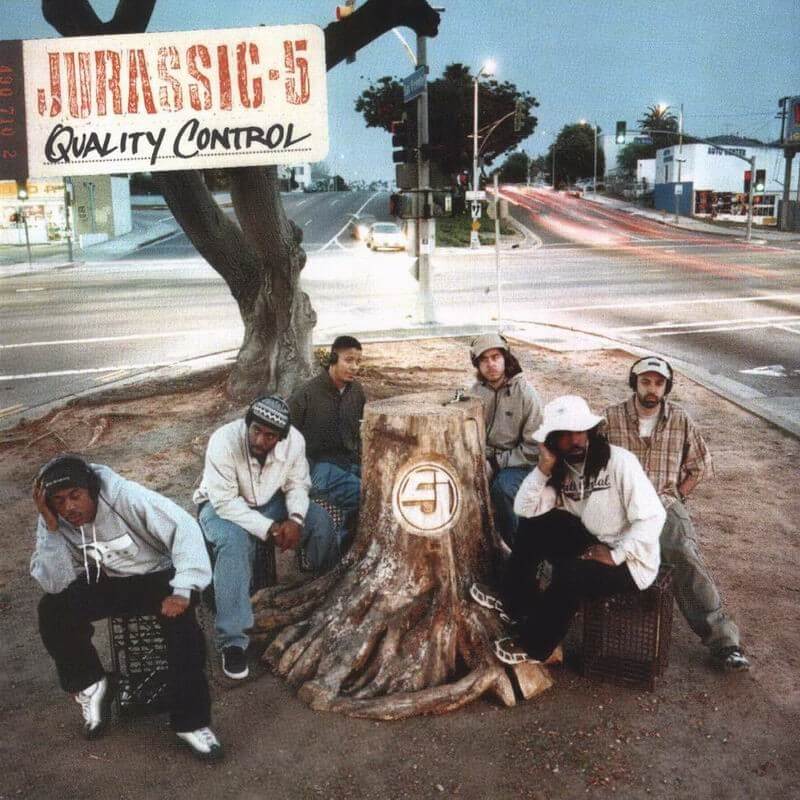 Falling somewhere between nostalgic and progressive, Jurassic 5 blends the house party energy of Hip Hop’s first wave with a heightened social consciousness and disinterest for mainstream success. They stress fundamentals like a high-school basketball coach, interested only in the core elements of a genre currently too enamored with narcissistic greed to rock a party or have a positive influence on their audience. Quality Control cuts away the gristle, leaving behind a lean and agile work built for repeat listens and perpetual head nodding.

Treating rap like a schoolyard singing game, the group’s quartet of vocalists bounce off each other’s bars with masterful precision, spilling forth an endless current of words and numbers. Their whimsical verbal interplay is a delightful tightrope walk, carefully constructed more for rhythm than political astuteness. That’s not to say that they don’t have valid points concerning music industry corruption and Hip Hop’s place as role model, but they wisely don’t let that overshadow the album’s boisterous tone. Not once are they jaded or combative, always sounding youthful and excitable, which perfectly fits the hyperactive and poppy soundscape.

Sharing production duties, Cut Chemist and DJ Nu-Mark’s sound has a few obvious reference points (Prince Paul, in particular), but they make an effort to vary the proceedings with off-kilter bebop and swing band samples. Their focal point for each track seems to be an infectiously looped hook, whether it be by wind instrument, guitar riff or horn section. Couple that with a kinetic drum beat and some fancy turntable work and you’ve got a cartoonish and playful oeuvre, perfectly capturing a placid West Coast sensibility. A critical ear might notice that each track shares nearly the same arrangement, but that may have been an effort to maintain consistency and not conceptual laziness. 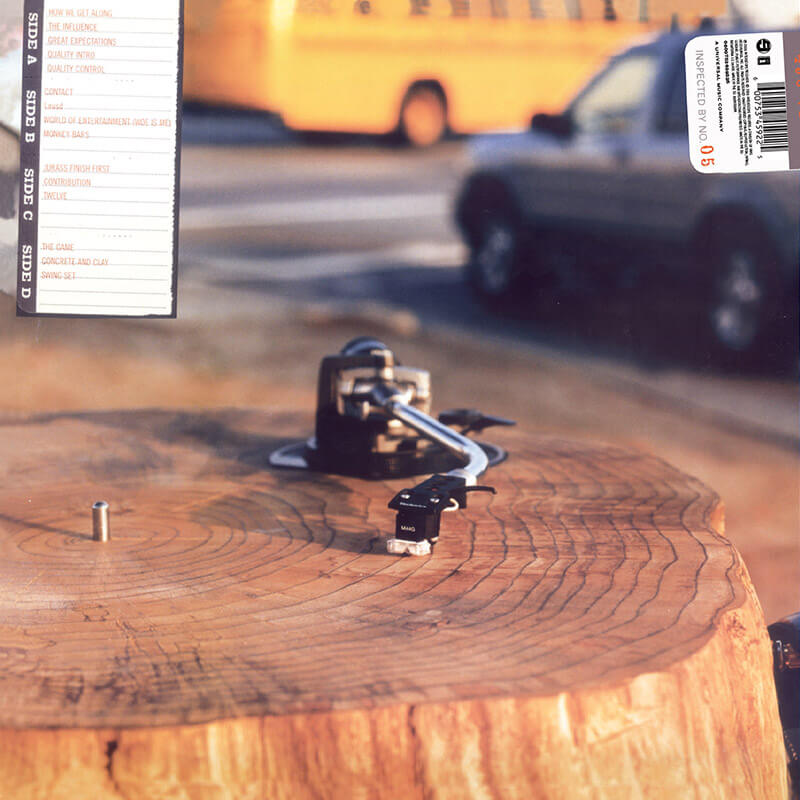 “Monkey Bars” is a testament to the potency of J5’s formula: big, stomping drums, damn funky guitar, four MCs melding into one. As they catalog their genre forefathers, words roll one over another with amazing precision and fluidity. Numbers and elements become things of obsession, juxtaposed over a sound collage filled to the brim with mischievous kitchen sink samples and drum-circle bongo. An exuberant and momentous track like this is usually forced into the lead-off spot, but a product this consistent has classics left over for the B-side.

Quality Control is an unblemished specimen of economical songwriting. It’s charming, brisk, relatively skit-free. All participants play well as a team, creating a group dynamic that hearkens back to days past, without falling into the creative black hole that is “retro” rap. Social issues are hinted at, but never over-analyzed for fear of contaminating the steady wave of good vibrations. It’s a solid LP in the truest sense, dependable over 15 tracks without an uncomfortable shift in tone or uncharacteristic clunker. Why would they want to risk a deep three when a layup is a guarantee?

Jurassic 5 – Quality Control was ranked #37 on Matt Deapo‘s Hip Hop Top 50, a ranking of 50 of the best Hip Hop albums recorded between 1978 and 2006, based on this consideration and these rules.