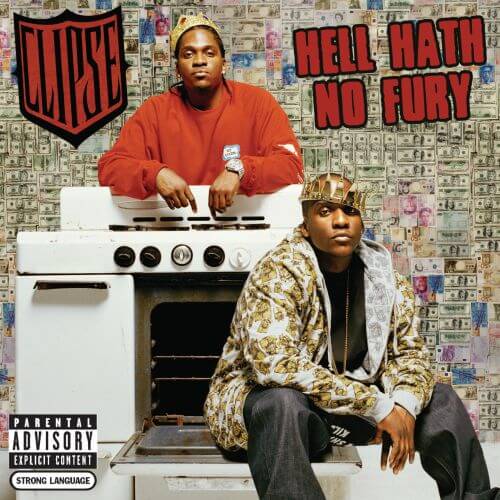 Pusha T and Malice fetishize porcelain showerheads and European two-seaters like de Sade ruminated over sex, fanatically cataloging their financial conquests and proudly laughing at those they’ve corrupted in order to attain wealth. Their blank amorality and epicurean compulsions would bring to mind the teachings of Anton LaVey, if only they didn’t half-heartedly reference the Christian deity on occasion.

Insidious characters like these can be compelling, if handled properly. Thankfully, Clipse control their listeners like they manipulate their strung-out customers, through quick-witted pitch, premium product and devil-may-care bravado. The conversational tone of their rhymes is enthralling, especially at the speed they’re delivered, which only allows brief pauses for emphasis of the last syllable or mimicked crack head onomatopoeia. One can’t help but be hypnotized as Pusha rapidly links the same suffix together seven bars in a row on “Trill,” showing how a gifted scribe can concoct poetry from elements that most MCs would rehash as cliché. 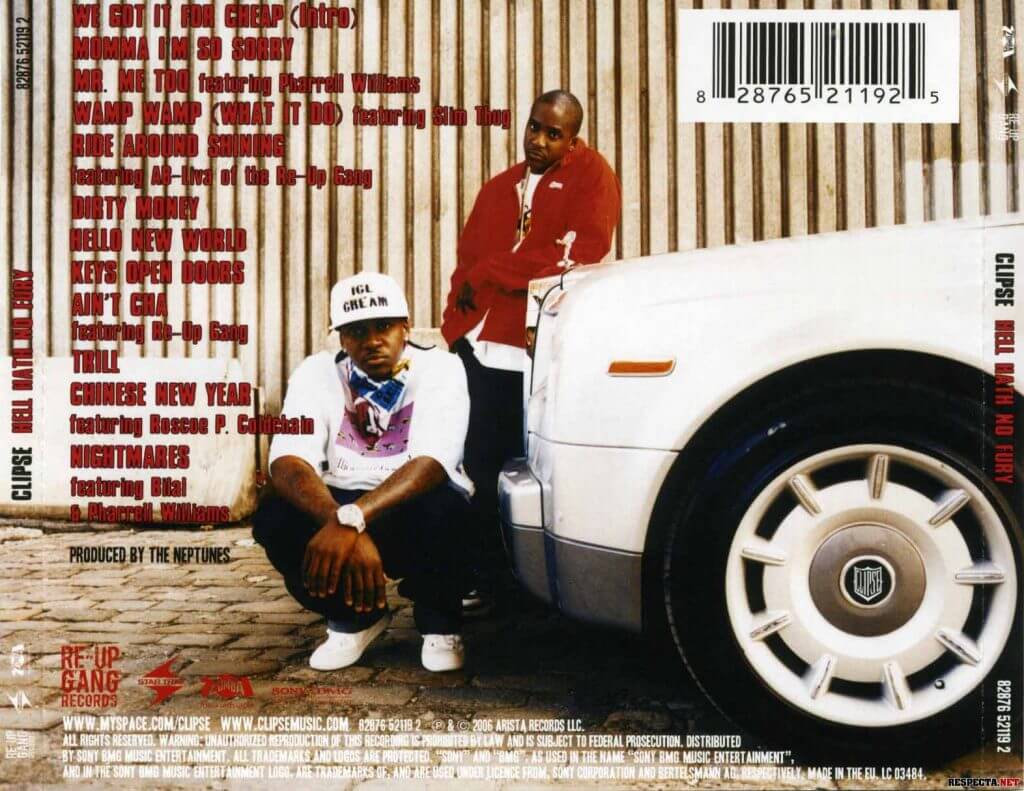 The Neptunes are equally interested in putting a spin on familiar elements, turning their usually jumpy pop tracks into steely, subterranean tones that mirror the bleak lyrical content. Think pulsating steel drum, synthesized cowbell and woodblock, queasy science-fiction sound waves and hollow preset percussion. Every song slinks along like a snake, updating Giorgio Moroder’s electro-coke jams for modern audiences, but injecting them with a poisoned, dystopic mindset. The peak of this sonic conspiracy is never more evident than on “Ride Around Shining,” which depicts the exploitation of innocent college girls over a nicked Wendy Carlos sample that would sound positively beautiful, if it wasn’t so damn frightening.

It’s these disturbing elements that make for such a cohesive, fascinating listen. The frankness of this brutally capitalistic vision is rarely watered down with second-guessing or remorse. Clipse are carnal beings, not apologists.

Clipse – Hell Hath No Fury was ranked #39 on Matt Deapo‘s Hip Hop Top 50, a ranking of 50 of the best Hip Hop albums recorded between 1978 and 2006, based on this consideration and these rules.