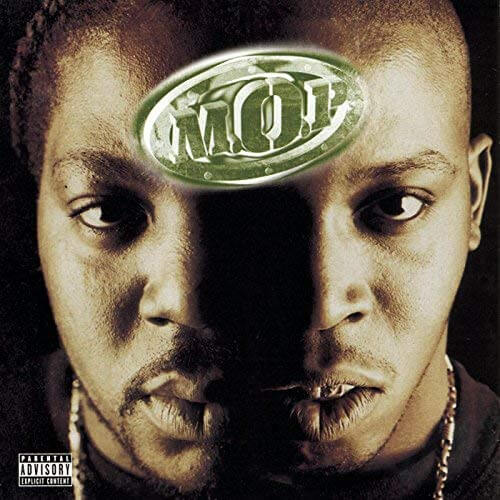 This salute goes to two no-nonsense Brownsville bullies that had been wylin’ out for about four years at that time. These fellas brought you their dose of rawness in 1994 with “How About Some Hardcore” then became a Firing Squad. Then came ’98 around, when they were officially First Fam with an album that was a scorcher which put them one step closer to more mainstream notoriety while being unapologetic and uncompromising with their sound. These riot starters played no games with this album and delivered an effort more than worthy of a salute. This is a salute to M.O.P. and their third full-length album, First Family 4 Life.

Dear God! Two Brooklynites named Billy Danz and Lil’ Fame were loud, domineering, lyrically brutal, and gave a middle finger what you thought about them. They delivered a sound that perfectly reflected the craziness and aggressiveness last heard from the likes of Black Moon with their eponymous debut album, Enta Da Stage. We also got introduced to three rambunctious Queens stick-up kids named Onyx who had also become the new faces of the loud, aggressive, Black mosh pit sound thanks to their debut album, Bacdafucup, and their worldwide smash single “Slam”. The duo known as the Mashed Out Posse, or M.O.P., were the Brooklyn version of them, but maybe a little more rugged. Their debut album, To The Death, was a decent debut that was solely produced by DR Period, the man behind the severely slept-on debut by Smoothe Da Hustler, Once Upon A Time In America, and even M.O.P.’s later huge smash “Ante Up”.

These two young (at the time) Brownsvillains were on the radar of hardcore purists, but we were wondering what else was next for them and would there be the next level for them. Their sophomore album Firing Squad was more polished, but definitely still as gutter as one could imagine. This time with more influence from DJ Premier, Jaz-O, and Laze, this album was simply bananas. One of the most grittiest albums you would hear during this particular era, M.O.P. weren’t the guys you would necessarily see on Billboard for any accessible-sounding radio cut whatsoever. Their second album was simply RAW. With the only guest appearance going to the legendary Kool G Rap on the blistering “Stick II Ya Gunz”, this left room for Fame and Danz to show more of their own flexing and ability to make the listener bring out the inner stick-up goon in them. 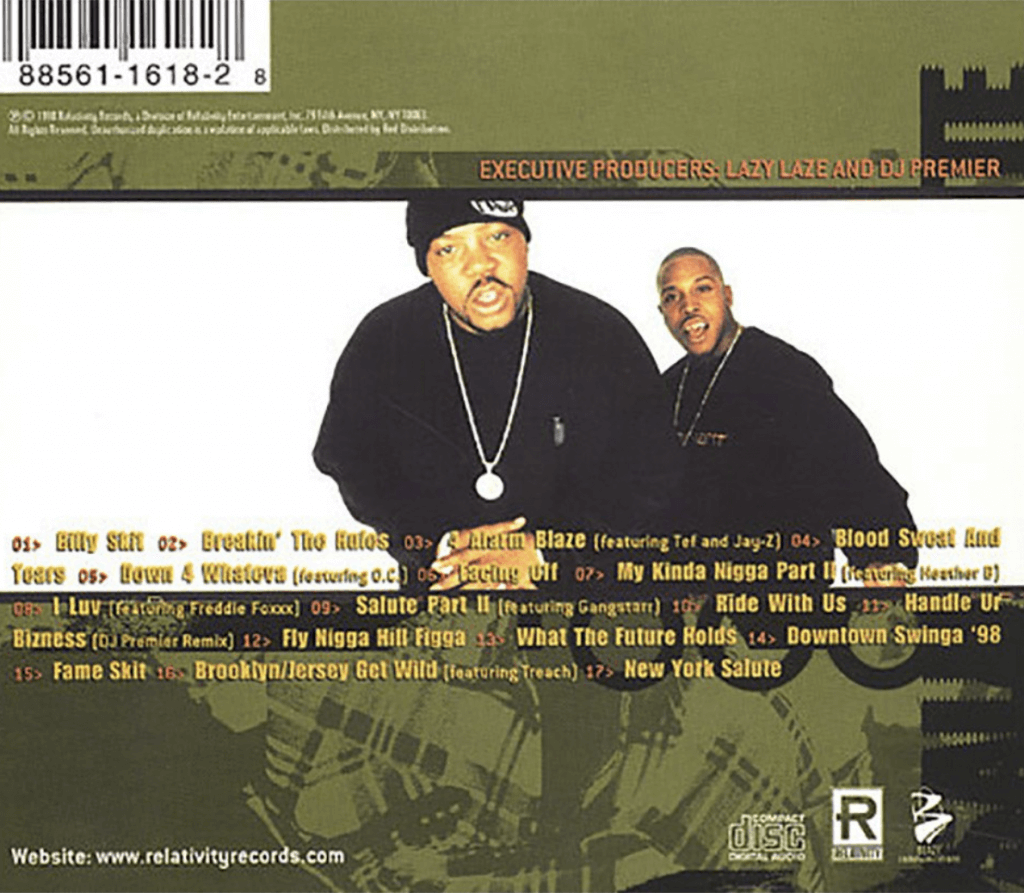 In ’98, they caught the attention of Jay-Z, thanks in part to Jaz-O working with them on the aforementioned Firing Squad and him turning Jay on to them. Jay was on top of the world at this time with his unbelievable Vol. 2…Hard Knock Life album, and he ended blessing them with a verse on the lead single to their forthcoming album, First Family 4 Life: “4 Alarm Blaze”, which conveniently sampled the old eighties hard rock anthem “Eye Of The Tiger”. This was just a small sampling of what to expect from this album. With the appeareance of Hov on their lead single, the obvious attempt was to reach them to a bigger audience without compromising their sound of ghetto thrash rap. Although not quite the surreal, gutter soundtrack that Firing Squad was, don’t get it twisted AT ALL. With First Family 4 Life these two delivered a bomb of an album that was explosive from the jump with the Premo-laced “Breakin’ The Rules”, followed up by other crazy cuts such as “My Kinda N**** Pt. 2” featuring Heather B, “Downtown Swinga ’98”, the riot-inducing “I Luv” with fellow fight-channeling emcee Bumpy Knuckles, and “Face Off”. If you were looking for filler on here, the only small inkling of one was the Fame interlude. Folks, that’s it. None other. This was an album that should’ve been packaged with shell casings and some Tylenol for your pounding head and neck.

With First Family 4 Life, they stepped their overall sound up without sacrificing who they were and the spirit that got them their ever growing fan base. Radio was cool, but not if it was worth selling their souls or their art. This was a ride, and a hell of a hard one at that – one was for the mean muggers and those looking to start some s***. While their next album, Warriorz, put them right at that level of notoriety thanks to “Ante Up” and gave them their highest selling album to date, First Family... was an album that continued to show that this Mashed Out Posse wasn’t going anywhere but higher and higher. Happy twentieth salute to First Family 4 Life.