Released during the height of the East Vs. West (coast) rap rivalries, “Stakes…” was a relentless attack on what De La saw as a decline, not only in Hip Hop music, but also in Hip Hop culture. The song included many memorable lines such as Posdnous’ “Gun control means using both hands in my land…“. Dave’s input was no less outspoken: “I’m sick of bitches shakin’ asses / I’m sick of talkin’ about blunts / Sick of Versace glasses / Sick of slang / Sick of half-a** awards shows / Sick of name brand clothes…”

Posdnous also makes a point to inform us that the Native Tongues are still together when he states: “A meteor has more right than my people / Who be wastin’ time screaming who they’ve hated / That’s why the Native Tongues have officially been re-instated” An announcement which was furthered by appearing with old friends such as A Tribe Called Quest in the video.

The song was one of the earliest mainstream productions to be handled by producer J Dilla. (Wikipedia) 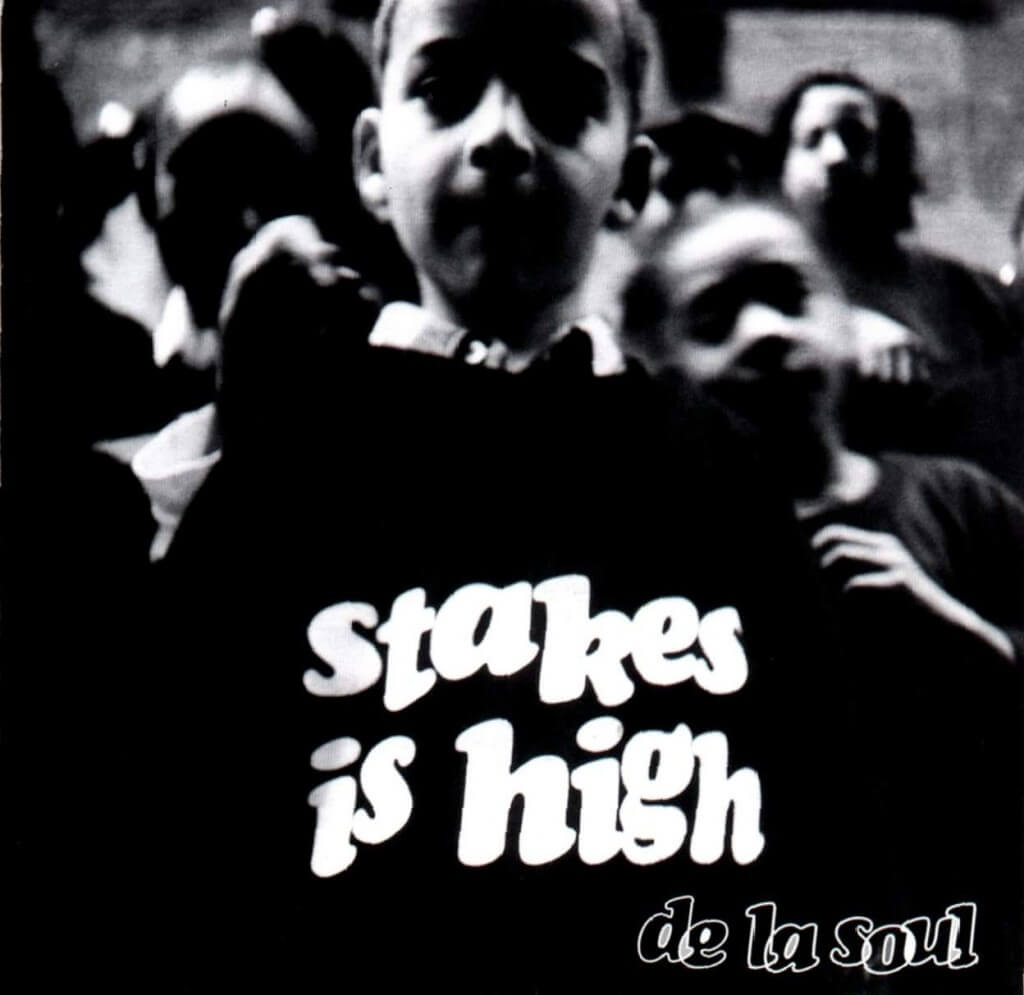