It was released as the third single to support that album and reached number 76 on the Hot R&B/Hip-Hop Singles & Tracks chart in April 1990. The song was produced by Dr. Dre and contains samples from Marvin Gaye’s “Inner City Blues (Make Me Wanna Holler)”, from his 1971 album What’s Going On.

The music video for “The Formula” was shot before The D.O.C.’s car accident. It begins with Dr. Dre and Eazy-E in a studio where musicians come in for an audition but get turned down; the two complain about the experience, finding it increasingly difficult to locate “the perfect rapper”. In the video, Dre plays a scientist, and is implied to be biologically modifying the D.O.C. in a method similar to Frankenstein’s monster; this seems to be in order to create the perfect rapper, rather than finding him through the initially shown auditions. Throughout the video as more progress is made the D.O.C’s shows more and more signs of life; at the very end a pair of headphones are put on his head and he sits up and eventually gets on his feet. 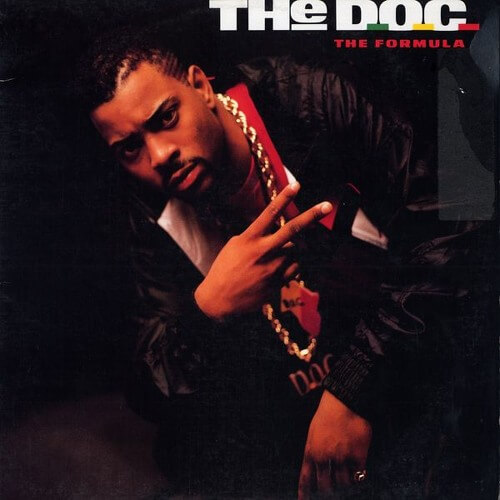