“How I Could Just Kill a Man” is the debut single by Cypress Hill from their eponymous debut album, Cypress Hill, and was their first major hit in 1991.

It was released as a double A-side to “The Phuncky Feel One” and the music video featured cameos by A Tribe Called Quest’s Q-Tip and Ice Cube, with whom the group would later feud. It was re-released in 1999 with Spanish lyrics and a new video. It is featured as the first track on their greatest hits compilation “Greatest Hits From the Bong”. The song was also featured on the 2004 video game Grand Theft Auto: San Andreas, appearing on the West Coast Hip Hop station Radio Los Santos. It was voted #79 in About.com’s Top 100 Rap Songs. 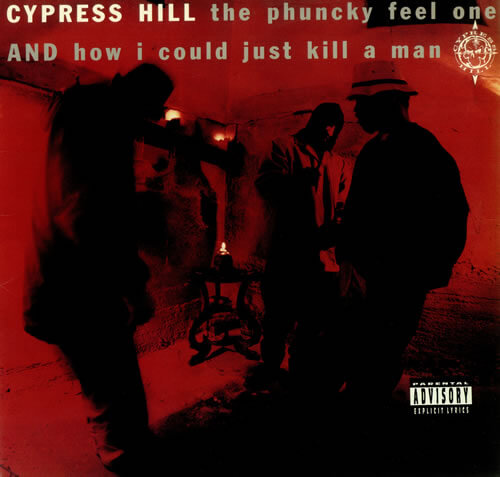