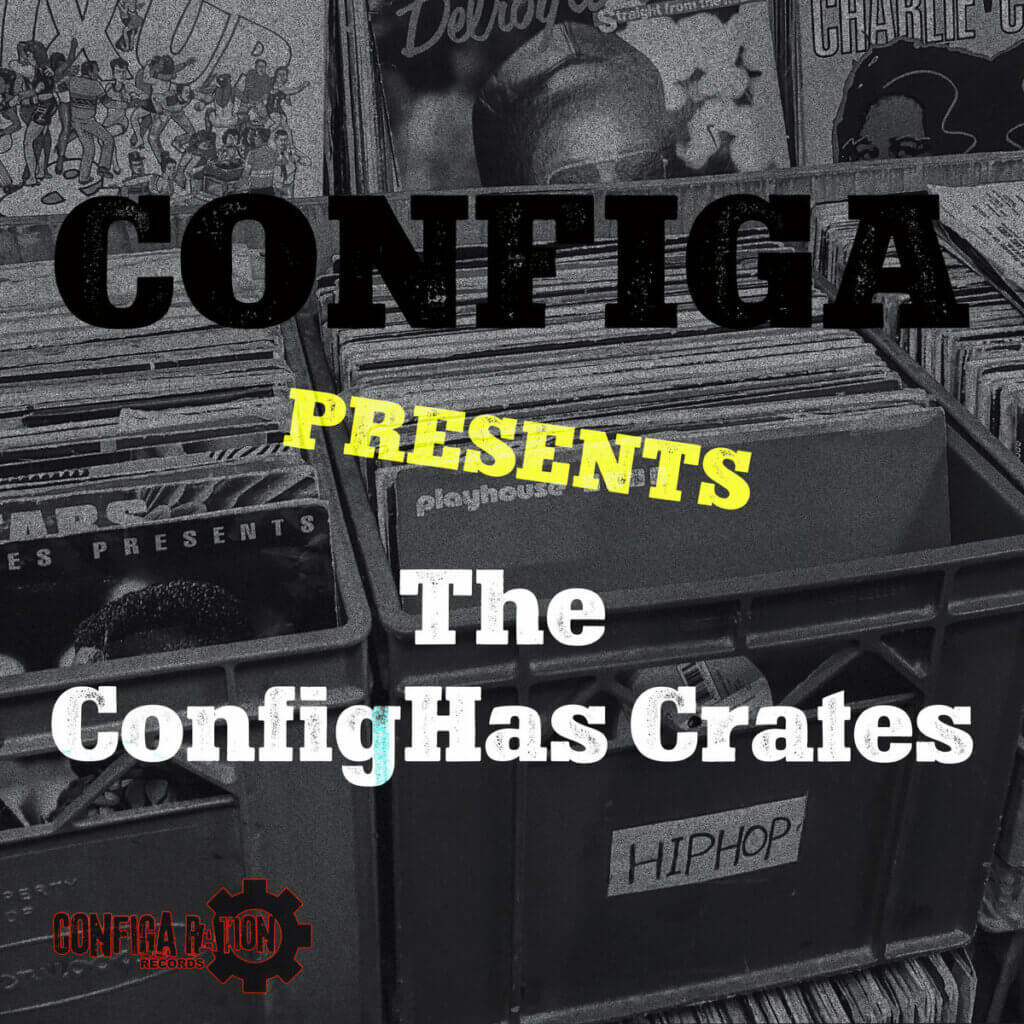 UK-based producer Configa is one of our favorite producers active today, (co)responsible for two of HHGA’s favorite albums of 2020: Arrested Development’s Don’t Fight Your Demons and Jahi & Configa’s Forward Future. Configa Presents The ConfigHas Crates is a compilation with for the most part previously unreleased tracks.

Configa & HaStyle were a transatlantic underground Hip Hop duo who first linked in 2012 and who released 2 EPs (“The Calm Before Hastility” and “A Good Combination” both in 2015) and 1 LP (“Hastility [H1]” in 2016). All of these are available from confighas.bandcamp.com

The songs on this compilation were recorded between 2013-2015, and most were intended for the “Hastility [H2]” album, and haven’t seen the light of day until now. All production comes from Configa, with HaStyle on the mic, featuring notable features from hip-hop icons Sadat X, Rah Digga, Nine, and Wordsworth. Tracks 8-10 are from “H1” featuring the legendary El Da Sensei, Prince Po and Chino XL.

This is a must have for all fans of that true-school, rugged, boom-bap, lyrical style Hip Hop.