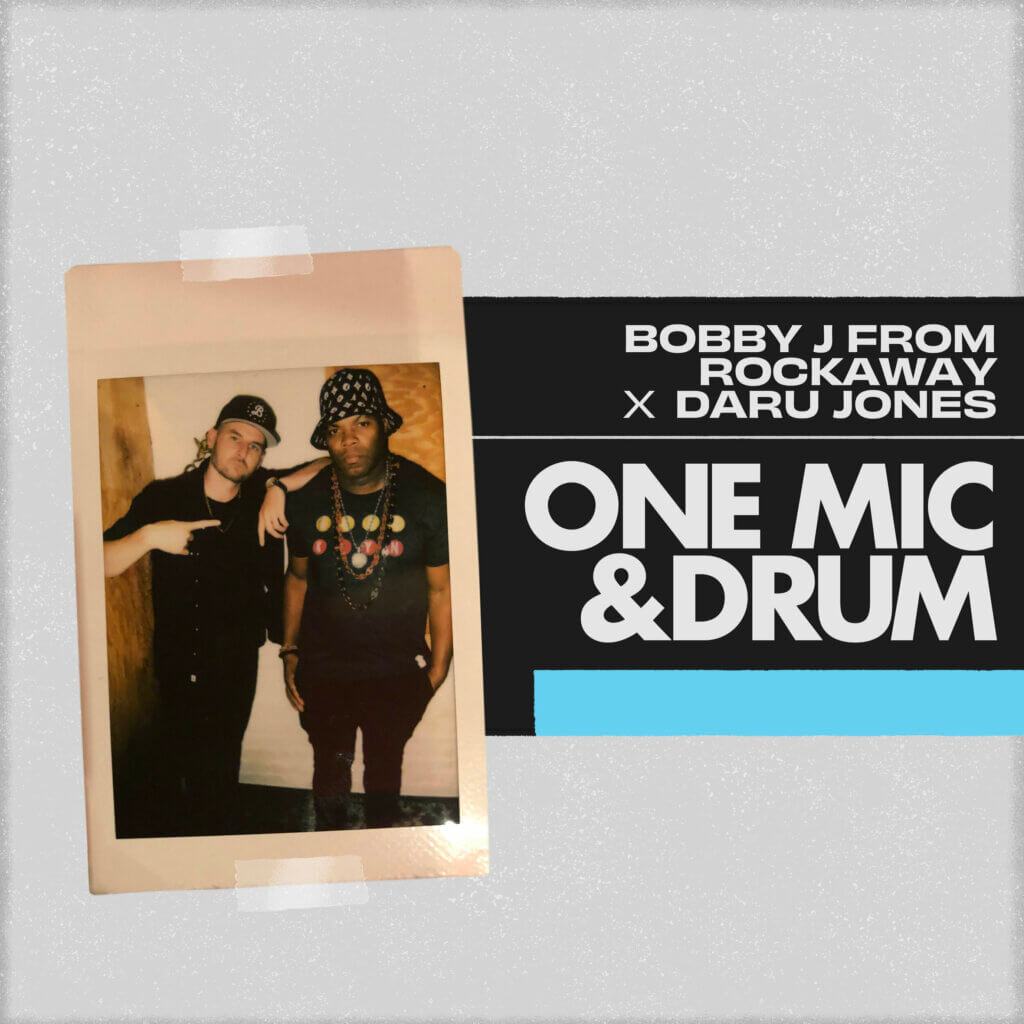 2x Grammy Award-winning drummer Daru Jones of Rusic Records, known for his work with Jack White, Gloria Gayner, Pete Rock & Pharoahe Monch (th1rt3en – A Magnificent Day For An Exorcism), teams up with Queens emcee Bobby J From Rockaway, who is coming off the release of a joint EP with Roc Nation producer Statik Selektah, for a new project entitled One Mic & Drum.

The concept behind this unique project was to take rap back to its roots –  2 turntables and a microphone. Only instead of a DJ isolating and extending the percussion breaks, Daru creates his own breaks live on the drums. The project was recorded live over the course of a single studio session at Pinch Recording in Queens, New York, and was mixed and mastered by Caio Carvalho.  Cover artwork by Sebastian White.

One Mic & Drum is distributed through Fat Beats. An all-instrumental version will also be available.