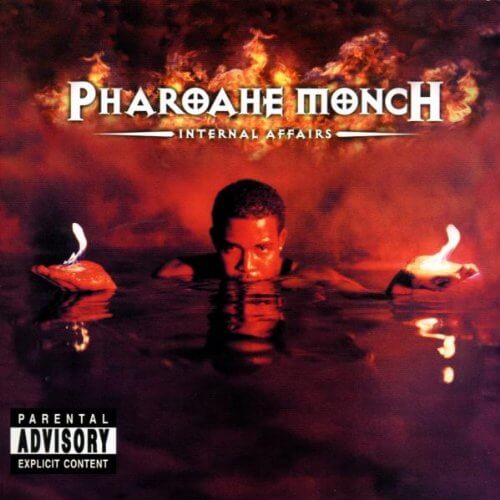 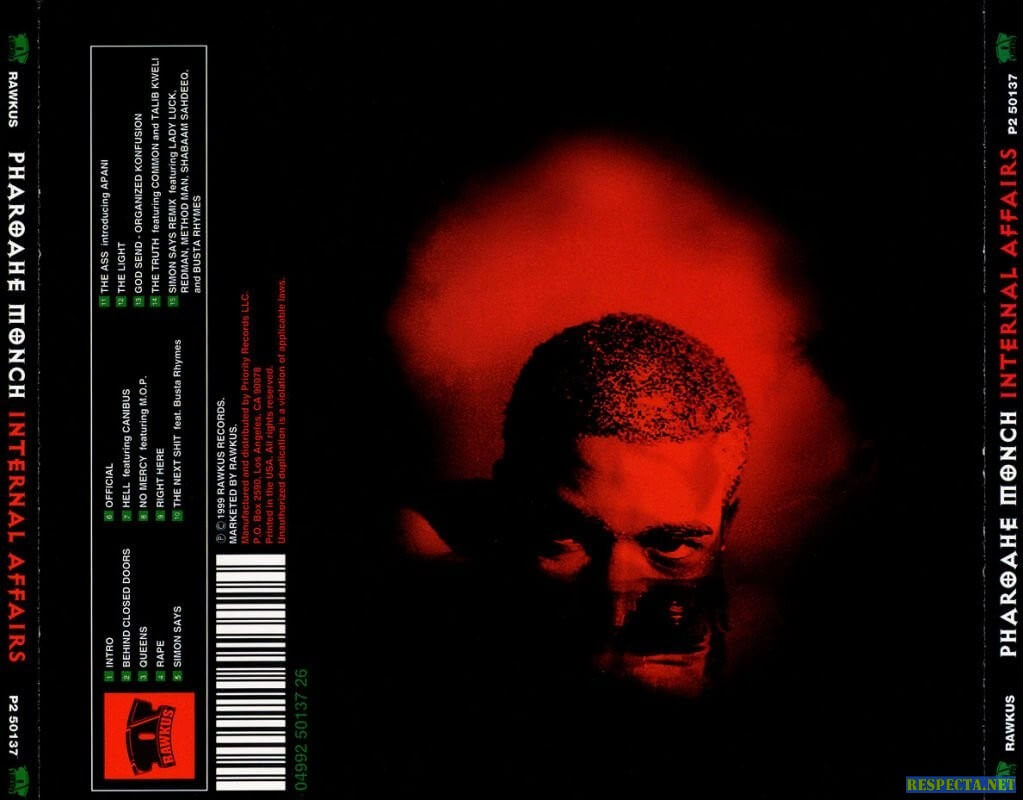 As much as I love rap and lyrical delivery, it usually takes me quite a few listens before I can form enough of an opinion on a rapper to the point where I would buy their album “blind”. Actually, there’s only one other rapper I’ve done this with, but the first was Pharoahe Monch, and truthfully, I’m very glad I did. I was pleasantly surprised to hear the lyrical excellence, the ease of listen and his consistency. I discovered Monch fairly recently personally, and it was like discovering a diamond mine. His discography isn’t as extensive as other rappers and his acclaim was founded with his involvement in the duo Organized Konfusion with Prince Po, but towards the end of the 90’s, he would go on to record his first solo studio album. Up until that point, Monch hadn’t hit the mainstream, he had 3 released albums as part of OK, which they produced themselves, as they seemed to enjoyed the underground circuit.

1997 would see the end of the duo’s reign in the underground scene and by 1999, after several guests appearances on other albums, Monch would sign to Rawkus Records. This would begin the solo career of Pharoahe Monch, so let’s take a look at the album that would kick this off: his “Internal Affairs” album.

The hour long, 15 track album gives us an experience that is more raw, more lyrical and just as consistent as his previous work. Let’s take a look at the tracks that stand out.

Monch starts his solo debut with a 3-minute intro, which serves as an actual track. DJ Scratch is to thank for production on this, the beat is cinematic and comes with a high energy feel and Monch’s delivery keeps up. This is fairly fast paced overall, so it is a great way to start the album. Five lines in, he lays out what fans can (continue) to expect: “What you about to hear is undoubtedly the most incredible MC of the year” and that’s just the beginning of many lines that speak to his own greatness. I appreciate it because I know Monch will deliver.

This leads us in to “Behind Closed Doors” which is self-produced and a perfect showcase of his wordplay. The beat selection is great with heavy use of bass and a whole lot of sounds going on, but amazingly enough doesn’t drown out Monch .This track reminds me of a “battle rap”, and it definitely flows the same and the lyrical imagery supports that claim. Check these out:

“What is a scorpion? An animal that stings

You should never in your wildest dreams

“Decapitate his a**, smack him, slap him in the back of the truck

Exasperate the life of his man and then pack it up

Cut off his hands and send his girl multiple finger sandwiches”

Case in point. That’s the imagery I was talking about and the wordplay is laced throughout as well. This is definitely the track you want to listen to for rawness. I’ll leave this track with one last observation, since this was taken from LL’s “To Da Break Of Dawn”, which was a diss track to Ice-T, Kool Moe, etc. so the fact that it’s “battle-like” is very fitting.

The third track is cleverly titled “Queens” and I love this one for a lot of reasons. The way the hook starts off and the way it changes slightly to accommodate the song’s progression is absolutely brilliant. He goes from one perspective in the beginning to a clear shift by the end.

“There’s a place I know where the bitches go

“There’s a place I know where the people go

Where you can cash dough and chill on the low

“Bitches” become “people”, you don’t get “robbed” you “cash dough”…you get the point. This is also another perfect example of his lyricism. This is rapped in true story form, unfiltered and graphic, something we know we can expect from Monch. Production on this is almost an oxymoron. As violent as the words are, the melodic piano instrumental softens it out. We can thank Maxwell for that because that’s where the sample comes from. This is definitely a dope track.

The metaphors in the previous track were definitely a precursor to this next track titled “Rape”, in true Monch form, and it is graphic in title and in content. I’ll skip the extensive details, but Rape is used to portray his relationship dynamic with music. He highlights his strength and takes on a misogynistic approach. As much as I love Monch and his lyricism, this one is a bit intense for me.

A third of the way through the album we hit “Simon Says” now this is the track that put this album on the mainstream map. This is the certified banger track, a fan favorite and the first single from the album. There’s so much to say about this one, so let me start with production. The initial beat you hear is a sample taken from Akira Ifukube’s Godzilla theme actually called “The Battle For Earth”. I think this is yet another clever approach since throughout the album so far, Monch has showcased his (lyrical) strength, his rawness and tough demeanour. Nothing serves as more of a statement than Godzilla. Just as much as he killed it on production, he does the same lyrically. I didn’t expect anything less. This is the track that best showcases Monch’s lyrical complexities and rhyming ability…I won’t quote it here, but the entire 2nd verse is flawless for that. He killed it with this, no wonder it was such a hit!

I’m going to skip a few tracks and draw your attention to number 10. “The Next S***” featuring Busta Rhymes. I’ve said this in previous write-ups, “in the 90’s Busta was everywhere”, and he truly was, so it’s amazing that we hear him on this album. Personally, I think this is another track that adds to the mainstream appeal. The beat is exactly what you’d expect: very high energy, bouncy and fast paced with the familiar spazzy Busta ad-libs. The Busta Rhymes influence on this is easily detected because Monch speeds up his flow tempo exponentially to match it. In my opinion, it works and makes for a very enjoyable listen, but it’s clearly out of character, the lyrics don’t follow the same rigidity and rawness we’ve heard prior from Monch. Again this works in his favor, because it shows he’s multifaceted. This track epitomizes the 90’s to me in so many ways. I love what Monch did here and I think Busta was an incredible collaboration choice.

Let’s skip a couple more songs and talk about “God Send” for a second. This one features Prince Po. It’s so great to see these two falling back into their familiar chemistry and dynamic.  This is like the 3-minute reunion of Organized Konfusion. Of course, it’s going be great and it doesn’t disappoint. The lyricism and references are mind blowing. Here I’ll let the lyrics do the explaining:

That he blessed my last breath to be Allahu Akbar”

“Mathematically we live at right angles”

“I seen it through the eyes of a needle”

“Incarcerated Scarfaces in all places”

So they’ve covered Islam, Christianity, Architecture and referenced my all time favorite Hip Hop album OB4CL…yea these two are geniuses and that’s only 5 lines. At this point, I’m incredibly impressed at how in depth these lyrics are and just when I think the songs can’t possibly get any better…..

Monch hits us with the next track “The Truth” and features Common and Talib Kweli. This song is like Hip Hop meets the symphony orchestra. We can thank Harvey Mandel’s “Cristo Redentor” for this soft and smooth sound. Pharoahe starts this off followed by Common and then Talib. Perfect placement since Common raps “softer” than the two of them. It makes for a perfect balance, easy listen and immaculate flow. No one outshines the other and they each bring the lyrical brilliance the fans can expect. The female vocal is also incredible and used in such a great amount that doesn’t overkill or soften the entire song out too much. This was an absolutely incredible collabo and definitely my favorite on this album. I can’t ever say enough about it. Very dope!!

And this brings us to the very last track the remix of  “Simon Says” feat. Method Man, Redman, Busta Rhymes, Lady Luck and Shabaam Sahdeeq… and from this lineup alone, you know this song is gonna be dope. Same Godzilla beat, same catchy “Get the f*** up” line, but this time he’s got all 90’s Hip Hop powerhouses. They deliver flawlessly. Each one is good at a different aspect and turn the original into a multidimensional hit. Everything I love about the original remains, but the features make this a gem. Very well done and a perfect way to end this album. 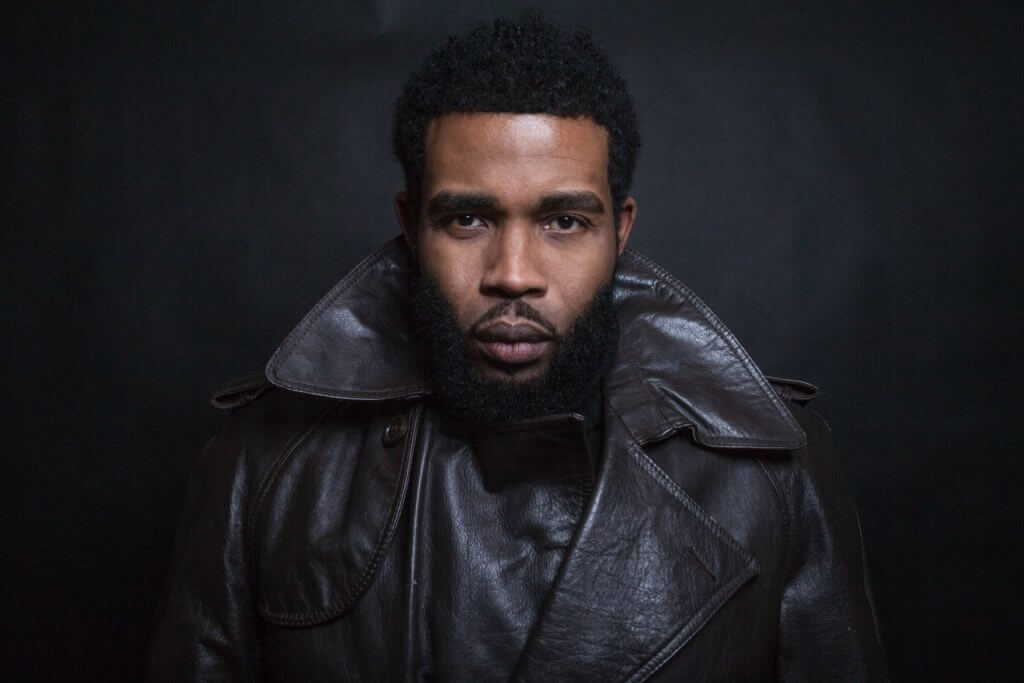 As much as I hate seeing amazing Hip Hop duos break up and pursue solo careers, I can’t complain about this one. Monch created a legacy for himself in the underground scene, and it was about time he surfaced. Widely considered an underground Hip Hop legend with only 3 albums under his belt and no solos at the time is extremely noteworthy and spoke to Monch’s potential.

With the release of “Internal Affairs”, Monch reaffirmed the claim that he was one of the greatest and cemented himself as a true legend that could hold his own and rumble with the superstars. This album is definitely a classic with a near perfect tracklist. A definite must have for any fan of lyrical brilliance with raw, uncensored material and dope production. Truly a flawless victory!!