Battle Of The Posse Cuts: Swagga Like Us vs. My Favorite Mutiny 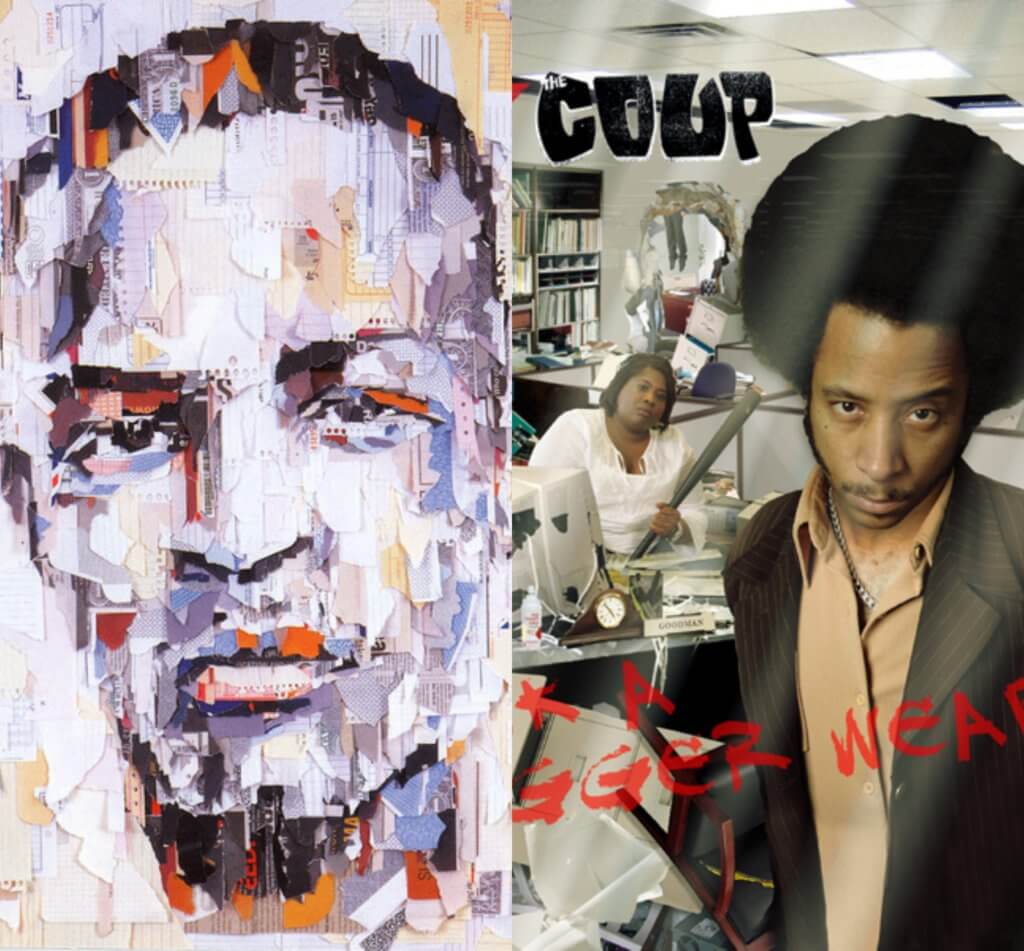 To quote Jay-Z, OH BABY!!!! This installment of the Battle of the Posse Cuts is an All-Star match-up that features MCs from different regions on the same track. While these joints were released in 2008 and 2006, I am willing to bet that fans of the Golden Age appreciate these MCs. However, since there are more MCs on Swagga Like Us, Lil’ Wayne will sit this out as he is the man for another generation.

As you know, these battles are subjective and follow three rules. The competing songs:

In 2008, the teddy bear mascot Kanye era was over. Shortly after Swagga Like Us, Kanye dropped 808s and Heartbreak and I got off the Kanye train. Dude’s creative chops are extraordinary and he evolved in ways artists should be free to grow; yet, there is no shade or exaggeration in saying Kanye is on some other sh**. On this track, we still hear the pesky little brother trying to show he belongs:

Mr. West is in the buildin’

Swagger on a hundred thousand trillion

Ayo I know I got it first

Thanksgiving, do we even got a question?

Hermès, Pastelle, I pass the dressin’

That Christopher Columbus line feels hella awkward considering the context of some of Kanye’s recent outbursts. But nevertheless, Kanye came out swinging but in this match-up, he is swinging at Black Thought. Dawg … Black Thought. This ain’t no rooty-poot, nah dawg, Black Mutha-F-ing Thought. Here’s a sampling as to why he is so esteemed:

The long walk will burn your bare heels

So throw on your boots

Ring the alarm and form the troops

Send ’em out into the world, go to war on a fluke

Eye to eye with the enemy you sworn to shoot

Now I’m comin’ at ya neck, sick of hearing something wrong with me

Motherf****er something’s wrong with you

With a Chief just way too smart to question

The enemy the brothers of a dark complexion

The governments of the world is shark infested

By now we all know Jay-Z, the god MC who is “far from being god but he works godd*** hard.” He is a legend, an icon, and most certainly that dude. No MC gets to be all that without skills and this how Jay flexes his on this track:

(No one on the corner…) Got a bop like this

No one on the corner got a pocket like this

So I rock Roc jeans, ‘cause my knots so thick

You can learn how to dress just by checkin’ my fresh

Well … those bars weren’t godly. But only Jay could deliver them convincingly.

If you haven’t heard of Boots Riley, man, you are missing out. He is a part of The Coup, a hella dope group from Oakland. Look, I’ll put it to you like this – he has a track called, Me and Jesus the Pimp in a ’79 Granada Last Night, and that joint is dope. Any cat rolling with Jesus ain’t scared of a god MC. Boots makes that known when he says:

Death to the pigs is my basic statement

I spit street stories ’til I taste the pavement

Tryin’ to stay out the pen while we face enslavement

Had a foolproof hustle ’til they traced the payments

I was grippin’ my palm around some sh***y rum

To forget what I’m owed, as I clutch the commode

And read ‘put down the bottle and come get the gun‘

They want us gone like a dollar in a crack den

Mind cloudy through the wheeze and phlegm

Numbing my brain off of that and the Jesus hymns

If we waiting for the time to fight, these is thems

“These is thems?” Yep, these are the times for which we have been preparing. In fact, we are going to break from the norm and allow Boots to finish his verse:

Tellin’ us to relax while they ease it in. We gettin greased again

The truth I write is so cold, It’ll freeze my pen

I’m Boots Riley it’s a pleasure to meet you

Never let they punk a** ever defeat you

They got us on the corner wearing pleather and see thru

All y’all’s gold mines they wanna deplete you

I ain’t just finna to rap on the track, I’m finna to clap on ’em back

And it’s been stackin’ to that

Five hundred years before Iceberg ever leaned back in the ‘lac

Before they told Rosa black in the back

And Gil-Scott tradin’ rappin for smack

This beat alone should get platinum plaques

I’d rather see a million of us ecstatic to scrap

Cause if we bappin’ ’em back we automatically stacked

Really, that verse would be a better match-up for Jay-Z’s verse on the Dead Prez’s Hell Yeah remix. But things being as they are, on this match-up, it goes like:

T.I. defies the old and erroneous stereotype that Southern rappers can’t spit. Not only can he spit, T.I. made hits. Prior to the release of Swagga Like Us, I would say T.I. was the least nationally known of the MCs on the track. But he is the MC that saves the song from mediocrity, when he came with:

All my verses picture-perfect all is meant to serve a purpose,

You ain’t living what you kicking then you worthless,

Then observe my work and see that my adversity was worth it,

Last thing I’m worried ’bout is what another rapper do,

Ain’t nobody hot as me

Even if they rap they a** off

Blast off and have outstanding qualities,

Sell a lot of records I respect and salute that,

Living revolutionary, nothing less than legendary,

Gangsta s*** hereditary, got it from my dad

Yep, the Rubberband Man spit that swagga. Now what about Talib Kweli? Well, I’ll be forthright and say I have purchased (not downloaded for free, but actually supported the artist) more Talib joints than T.I. My list of Talib favorites is long and that gives me an acute listening ear for his verse.

But the beast got it twisted, I’ll untangle it

This is my favorite s***, I came in the game with a new way to spit

That got you questioning who you bangin’ with

Take it back to Imhotep

If you’re new to Talib – where the hell you been? – allow me to state this fact: those are not classic Talib bars. If he was some random MC, they would be tight. But compared to Talib’s body of work, the other MCs on the track, and even – in this case – T.I. In a contest where the god MC only scored a point, I can’t play favorites.

Swagga Like Us turned out to be 2004 Lakers – all that talent (and a banging beat) with just a so-so outcome. T.I. did his best Kobe Bryant but it wasn’t enough. As far as My Favorite Mutiny, despite the rare circumstance of Talib not knocking out the park, the classic verses by Black Thought and Boots Riley was like Jordan and Pippen leading the team to the win.