Battle Of The Posse Cuts: Picture Me Rollin’ vs. 3 Card Molly 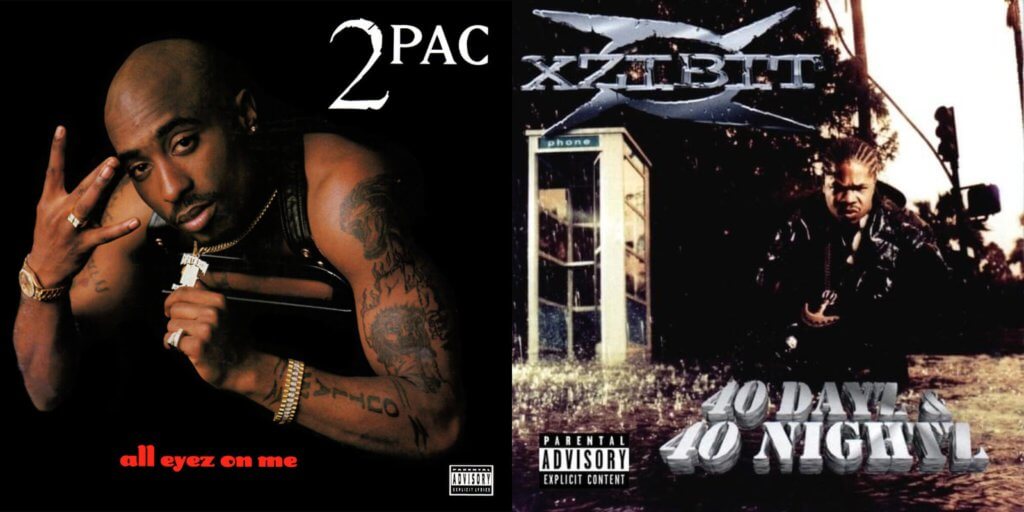 Remember when people were crossing their middle fingers and throwing up “dubs” as a gesture of West Coast love? I do. If we were to just focus on record sales, we would see the “dub” era also marks the end of the West as the dominant commercial powerhouse in Hip Hop. Sadly, the ending of that era is highlighted by the murder of Tupac. Indeed, there would be other commercially-viable and lyrically-talented MCs from the West in subsequent years, but the years spanning from The Chronic to All Eyez On Me were historical.

Only an icon like 2Pac can produce multiple posthumous albums while gaining nearly mythological status. Rhyme purists’ arguments about the quality of ‘Pac lyrical skills consistently falls on deaf ears because whether or not you believe he was a lyrical giant, you have to acknowledge that his delivery certainly set him apart. His flow and cadence is instantly recognizable.

However, in no way was 2Pac the only giant from the West Coast. In fact before Steph, Klay, and Draymond were claiming championships, there was another team of Golden State Warriors with championship pedigree: Xzibit, Ras Kass, and Saafir. Today’s match-up is dedicated to West Coast and its enduring influence on Hip Hop.

You may recall, these battles are subjective and follow three rules. The competing songs:

You may also recall that each MC in the battle is scored with a relay-race inspired point system:

Here we are: an icon vs an iconic MC. It really doesn’t get better than this. I’ll state my bias up front – I’ve listened to Picture Me Rollin’ a couple of hundred times more than I’ve listened to 3 Card Molly. I even shout it out in one of my novels. But I assume that these tracks were constructed to evoke different responses. Rollin’ is a melodic sh**-talkin’ anthem while Molly is a demonstration of lyrical skill. Agree?

Either way, ‘Pac gets us going with:

I got no love for these ni***a, there’s no need to be friends

They got me under surveillance

That’s what somebody be tellin’

Know there’s dope bein’ sold, but I ain’t the one sellin’ …

… Mama, I’m still thuggin’, the world is a war zone

My homies is inmates, and most of them dead wrong

To put some green inside the palms of my empty hands

Flossin’ a Benz on rims that isn’t stolen

My dreams is censored, my hopes are gone

My nerves is wrecked, heart beatin’

And my hands are swollen

Thinkin’ of the G’s I’ll be holdin’; picture me rollin’

When listening or reading those lyrics, images come to mind. Fans can “see” ‘Pac’s circumstances, sense his hope, and feel his frustration. It’s that kind of emotion that keeps fans talking about him decades after his assassination.

Ras Kass is more than just the Waterproof MC, he is a damn lyrical colossus. Remember how dudes would claim to be your favorite rapper’s favorite rapper? Yeah, I’d bet many of our favorite rappers favorite rapper is Ras. From the first track Inhears of his, Remain Anonymous, to the recently released Soul On Ice 2, Ras been “on a roll like toilet tissue.” Here on 3 Card Molly, he spits:

On section eight, with multiple one-eighty-sevens

Smoke a beady, scrape my lungs, smoke the resin

Get to clownin y’all punk bitches, cause I’m a Mac, like Ronald

When I get at cha, the situation tenses

Fatality (Toasty!) before you ever reach your senses

If you lookin for sympathy, you better look

See the object of the game is to win, stack some ends, sippin Henn’

Whip a Benz and leave it to your next of kin

When it comes to ‘Pac, it’s hard to be objective – nostalgia and sentiment are HUGE influences on objectivity. But Ras? Even if you just read those lines and missed out on his sarcastically cocky flow, those are some impressive bars.

Those are some tough MCs to follow, real tough. But since Rollin’ is a sh** talkin’ anthem, Syke keeps it going with:

I got keys comin’ from overseas

This lavish lifestyle is hard to handle

Thug, branded to be a women-layer

Make me wanna start back bangin’

Alright. Next up to bat is Saafir who swings with:

The un-edited medic, on the cut, with a degree in metaphysics

A doctor, with a lot of patients/patience

Fly like a flamingo, I’m a pitcha, everything I freak

You ain’t happy, you need some Ecstasy

Now you in my properties, but you have to pay my equity

For the lowest point in my character

Been this way since I was fourteen

Lyrical? Yes. Saafir’s flow on the track? Man, I don’t know. It messed with my ability to appreciate his wordplay. Flow or not, it’s still more outstanding than “keeeeeyyys from oversssseeeaaasss.”

Yep, a two on one fast break with CPO and ‘Pac passing the mic to each other and Xzibit backpedaling on defense. CPO starts:

I gots to get the f**k up in it, formulate a caper

‘Cause a ni**a straight sufferin’ from lack of havin’ paper

So I needs to hit a lick, drastically

Dude’s money situation is tight and he needs to come up. ‘Pac to the rescue with bars not really worth re-typing but if you ever seen two ball players pass back and forth on a fast break, then picture ‘Pac in a give & go back to CPO for the layup:

Now we satisfied, got the pockets on swoll

Boss Hogg and this ‘Pac ni**a, picture us rollin’

Yet, before CPO can lay that joint off the glass, Xzibit raises up for the block:

Fricasseed emcee, we be the ones that keep the pu**y hot

Xzibit livin life, like a bull inside a china shop

Strippin everything, see you ain’t even got a dime to drop

Go ahead and call the cops, you ain’t said nathin

Jerry Spring-you out the studio, then Suge Knight you

To the parkin lot, ni**as ain’t ready for all this heat we got

Picture yourself crushin Xzibit with your tough talk

Game over. CPO’s layup blocked all up into the bleachers. Those last four lines seal the deal.

Without a doubt, Picture Me Rollin’ was the bigger hit. It was the jam – shoot, even my 13-year-old daughter knows it. But in a battle featuring lyrics? It can’t hold up against the Golden State Warriors.