Slaughterhouse is a ‘supergroup’ consisting of rappers Joe Budden, Joell Ortiz, Kxng Crooked and Royce da 5’9″. They are currently signed to Shady Records under Interscope. They have released two studio albums as a group, the independently released Slaughterhouse and Shady Records backed, Welcome to: Our House. 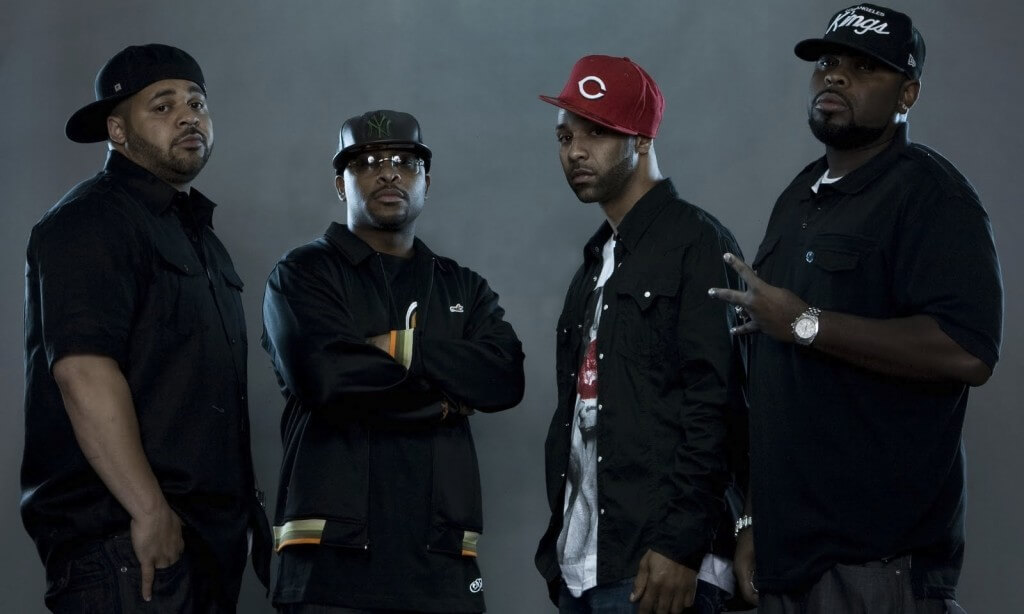 The group formed in late 2008 after Crooked I, Joell Ortiz, Royce da 5’9″, and Joe Budden appeared on the song “Slaughterhouse” from Joe Budden’s album Halfway House. They decided to form a group, and named the group after the song. The members of Slaughterhouse all share some degree of controversy from their past in the music industry. All four address these issues in the song “Move On”, informing any interviewers out there that their pasts are behind them and that questions pertaining to these events are not relevant.

Their self-titled debut album was released on August 11, 2009 on E1 Music. The album was reportedly recorded over a six-day period in early June. The album features production from Focus,The Alchemist, DJ Khalil, StreetRunner and Mr. Porter of D12. 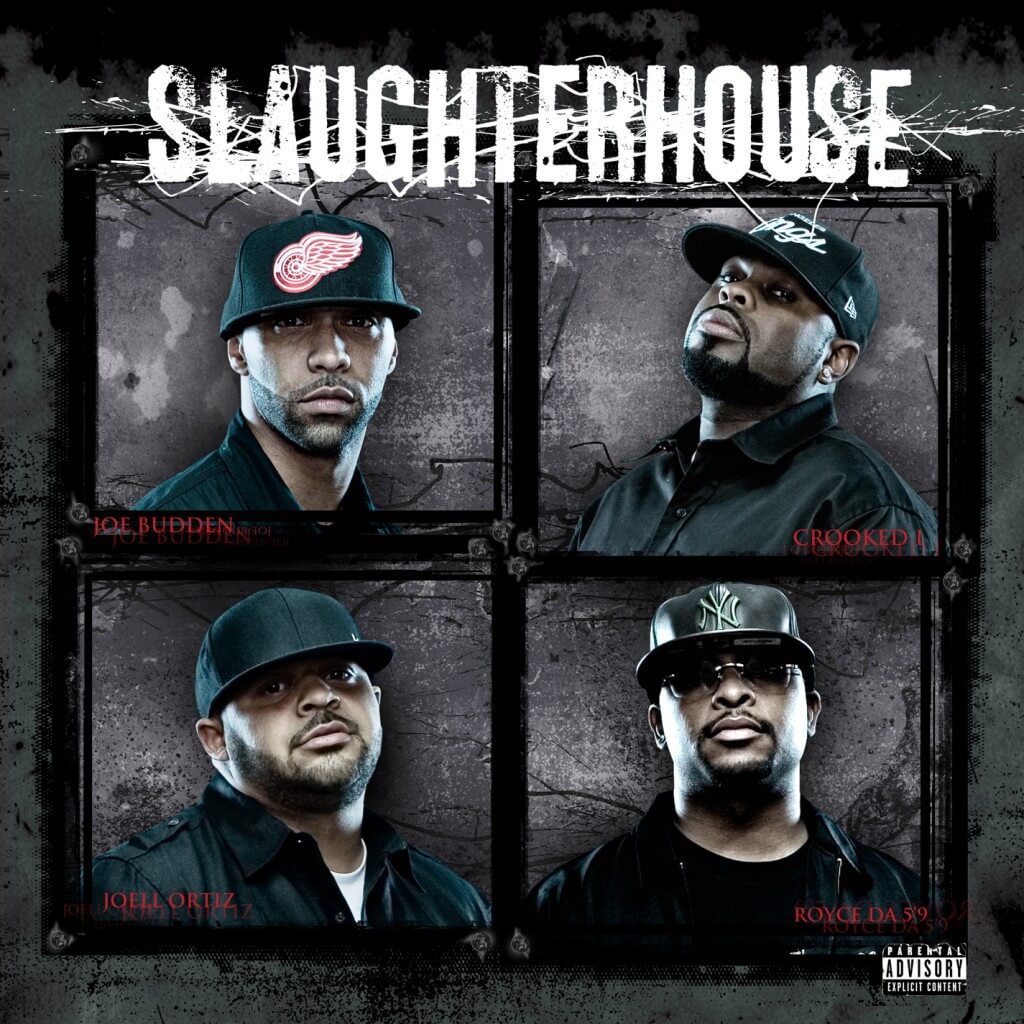 On June 18, 2009, the first street single off the album was released via Joe Budden’s Twitter account. The track was “Woodstock (Hood Hop)” and features M.O.P. on the hook. The first official single from the album was “The One”. A second video for the song Microphone has also been released in late 2009.

The group initially planned for their second album to release in 2010, tentatively named by Crooked I as No Muzzle.. In late 2009, however, Royce da 5’9″ confirmed talks between the group and Shady Records, stating that he felt their second album should be released on a major label.

As rumors of a Shady Records / Slaughterhouse signing spread, in March 2010, Joell Ortiz posted a rant on Twitter denigrating E1 Entertainment for blocking Shady negotiations, implying that another party was involved as well. Responding to a disgruntled Amalgam Digital executive’s allegations against him, Joe Budden confirmed that complications regarding E1 and Amalgam were the reason the deal had not been completed previously. Royce da 5’9″ would later name-drop Shady Records in a Bar Exam 3 freestyle, and the group released a song entitled “Beamer, Benz or Bentley (ShadyMegaMix)”, while still with E1. Slaughterhouse, minus Joe Budden, were featured on the iTunes deluxe edition of Eminem’s Recovery album on the track “Session One”, while also still with E1. The group also featured in “Loud Noises” on Hell: The Sequel, a collaborative EP between Royce and Eminem.

Plans to release an EP were revealed by HipHopDX in their Rap Release Dates update in June 2010, tentatively titled Slaughterhouse EP. The EP was released on February 8, 2011, with four new tracks and two remixes by their DJ Frequency of tracks previously released. On January 12, 2011, it was confirmed that the group officially signed toShady Records along with Yelawolf. Both acts appeared along with Eminem on the cover of XXL magazine’s March 2011 edition.

A year later, the group was featured on the cover of the July/August issue of The Source Magazine in anticipation of their Shady Records debut.On July 7, 2012, Royce announced in an interview with Jenny Boom Boom that the group will release a pre-album mixtape around the first week of August. A new single “Throw It Away” produced by Swizz Beats, will be off the album “Welcome to: Our House”.Joe Budden revealed via Twitter that the mixtape is called “On The House” and will be hosted by DJ Drama.

A promotional video for the mixtape was released on August 6, 2012 and previewed a song called “See Dead People”, with confirmed guest appearances on the mixtape by Eminem and Black Hippy. On August 16, Slaughterhouse released a new track, “Truth or Truth”. The Mixtape On the House was released on Aug.19th. Slaughterhouse released their second studio album Welcome to: Our House, the first to be released under Shady Records, on August 28, 2012. As of November 23, 2012, it has sold 146,000 copies in the US. 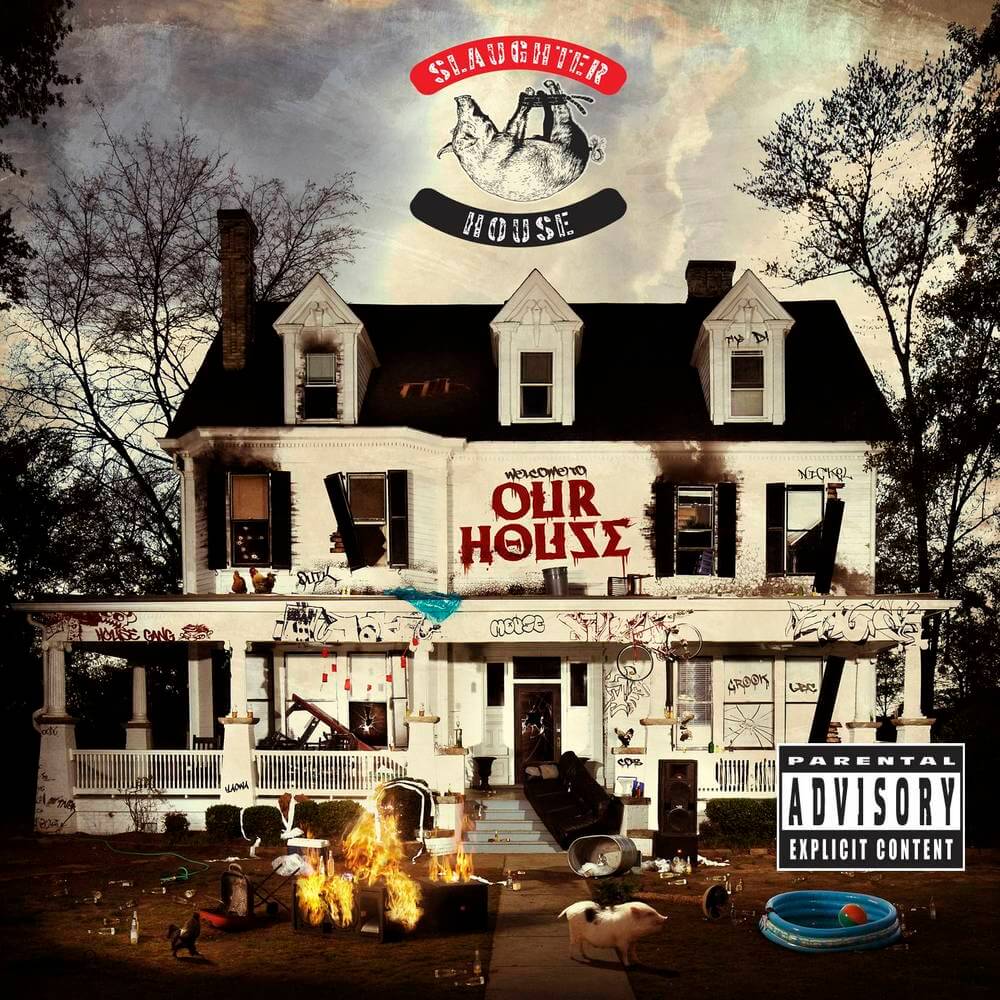 In May 2013, Slaughterhouse confirmed that they had put their solo projects on hold, and had begun recording for their third studio album. The album will be executive produced by Just Blaze, Sticcy Z and also contain production by J.U.S.T.I.C.E. League, Cardiak, Illmind, AraabMuzik and DJ Premier. In November 2013, Joe Budden confirmed that the album would be released in early 2014. At the time he also stated that Action Bronson would be featured on the album, and they had yet to work with Eminem on it. On May 21, 2014, the group released their second mixtape titled House Rules, which featured 10 tracks with production from Nottz, AraabMuzik, DJ Pain 1, The Heatmakerz, Illmind, Harry Fraud among others. On February 19, 2015, Royce Da 5’9″ had confirmed that the album was “pretty close to being done”, and that the group, along with Eminem were “nitpicking at it”. The album is scheduled for a 2016 release. 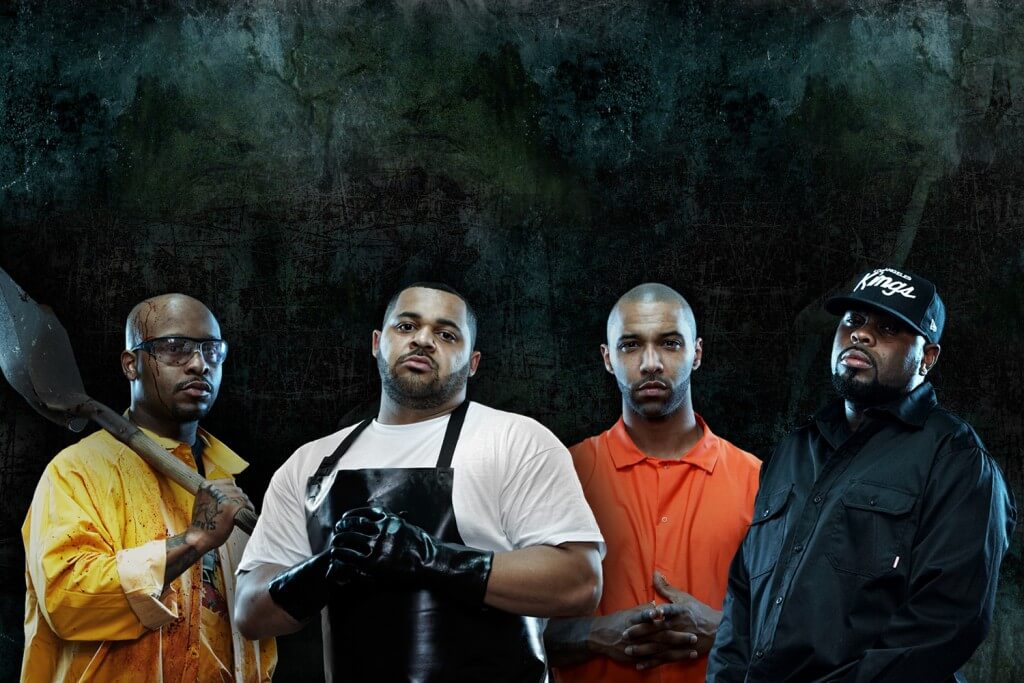