The Rap Year Book: The Most Important Rap Song From Every Year Since 1979, Discussed, Debated, and Deconstructed (2015; 240 pages) 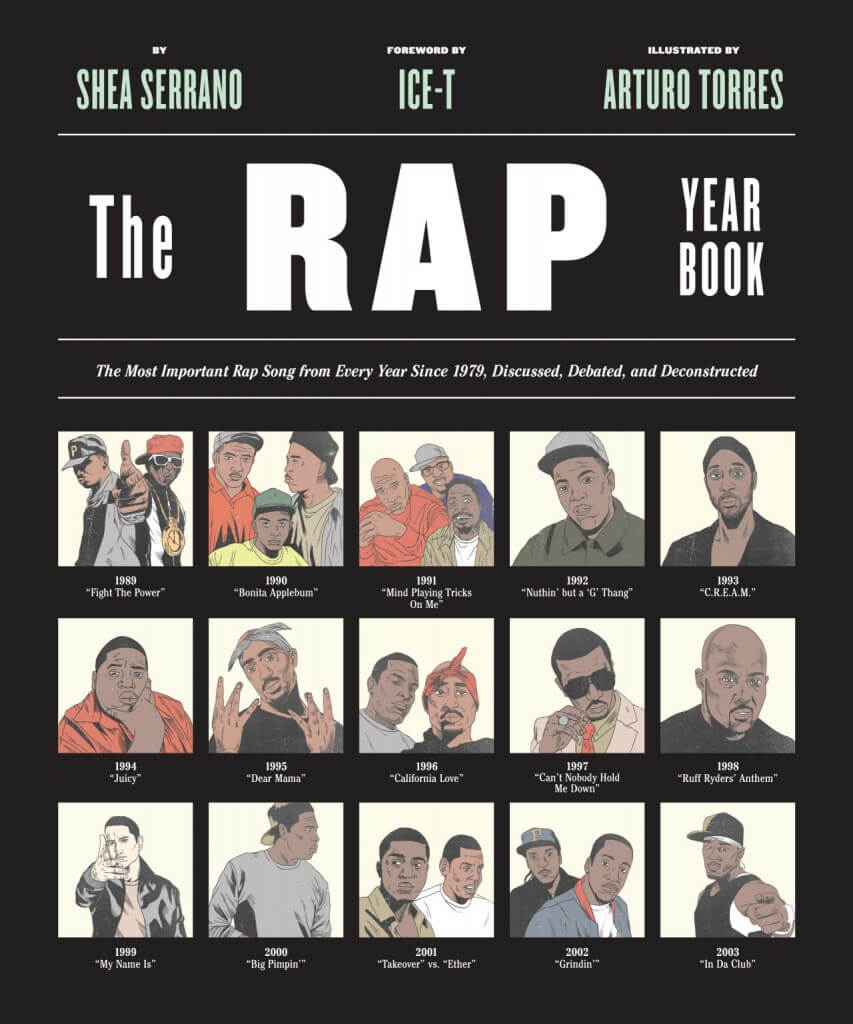 Here’s what The Rap Year Book does: It takes readers from 1979, widely regarded as the moment rap became recognized as part of the cultural and musical landscape, and comes right up to the present, with Shea Serrano hilariously discussing, debating, and deconstructing the most important rap song year by year. Serrano also examines the most important moments that surround the history and culture of rap music–from artists’ backgrounds to issues of race, the rise of Hip Hop, and the struggles among its major players–both personal and professional. Covering East Coast and West Coast, famous rapper feuds, chart toppers, and show stoppers, The Rap Year Book is an in-depth look at the most influential genre of music to come out of the last generation. 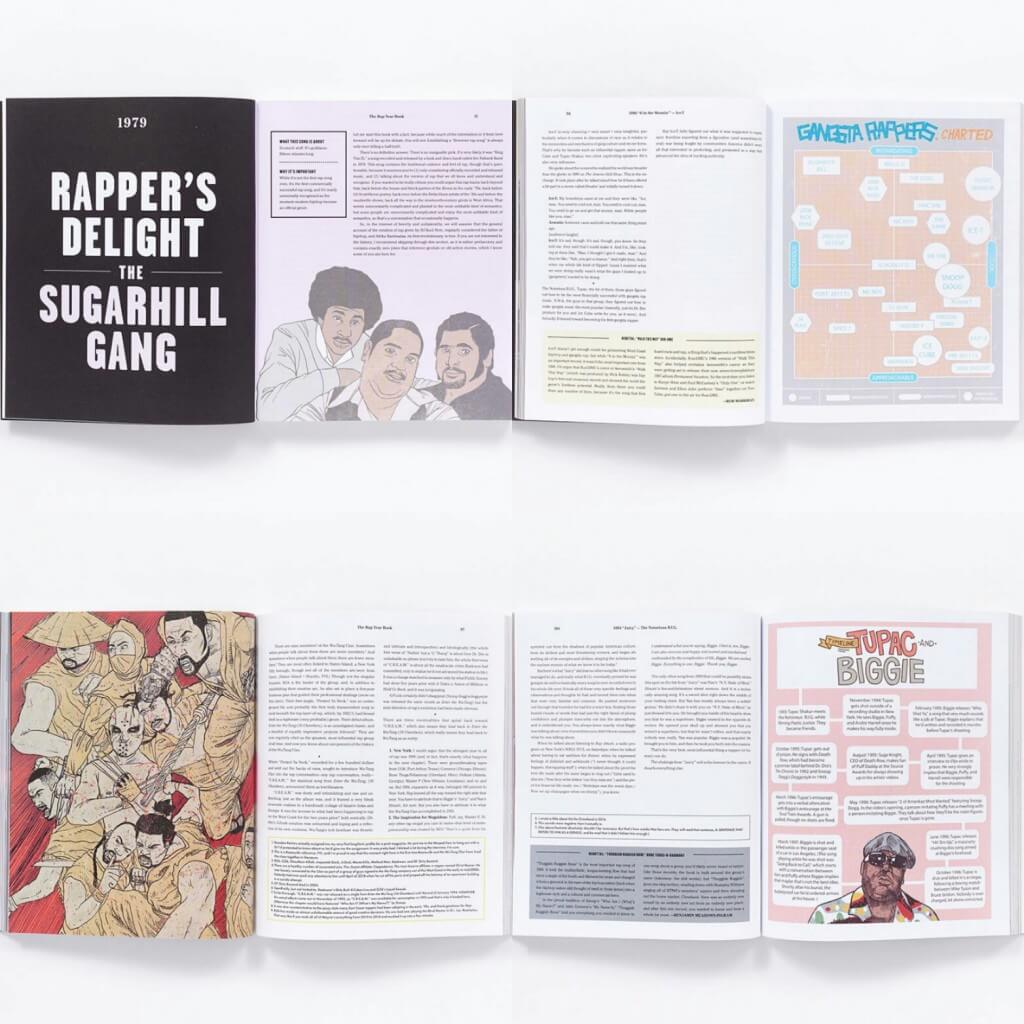 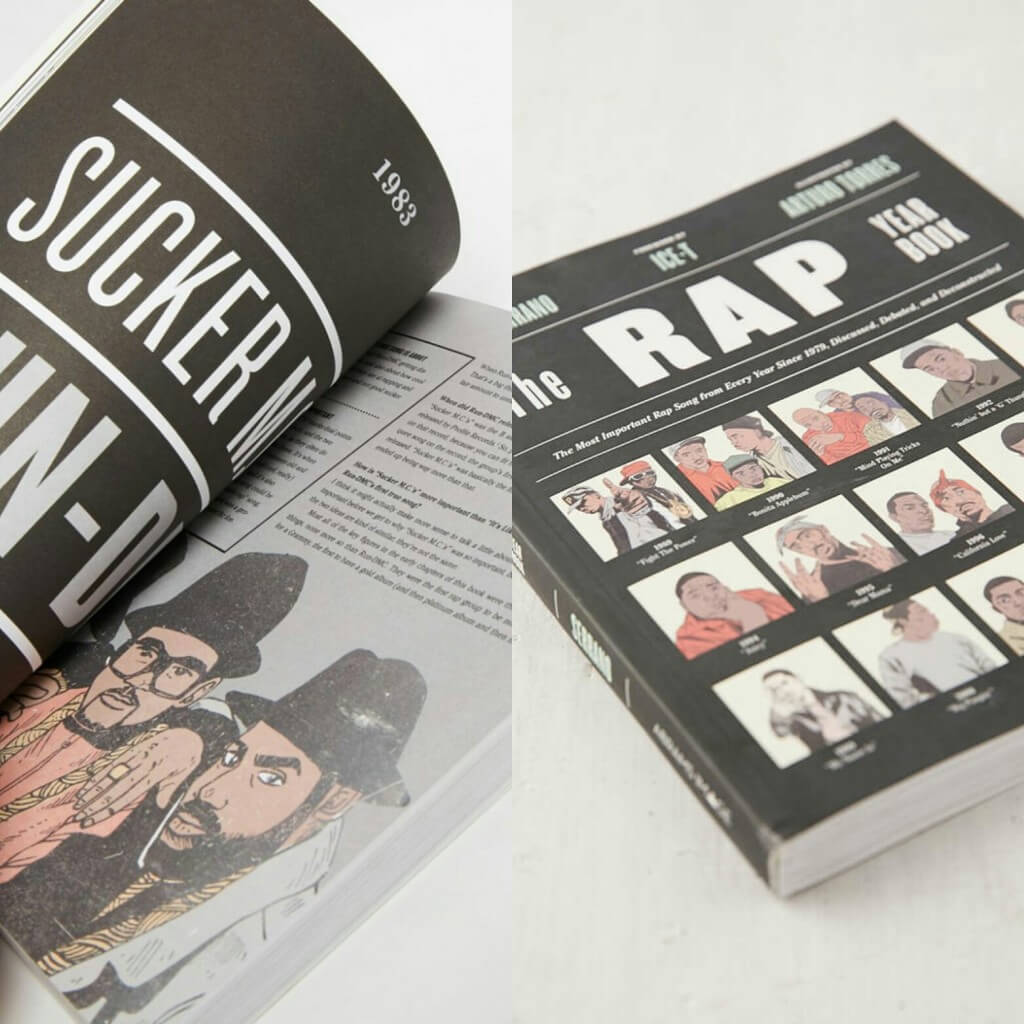 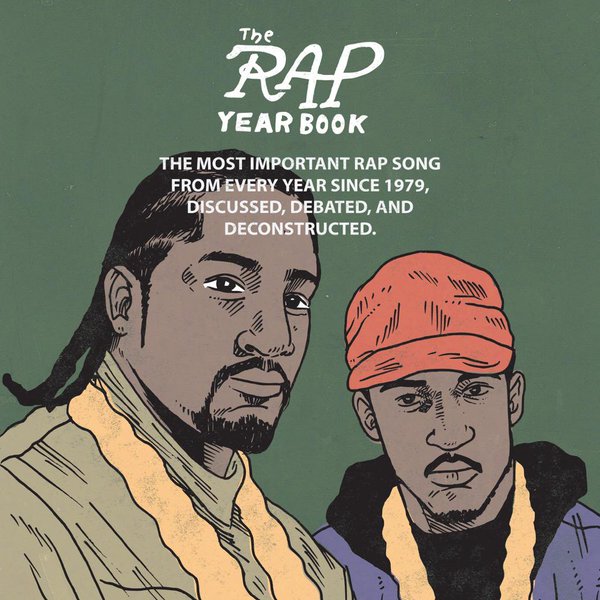