Minneapolis is known for many things — pretty lakes, the Mall of America, lutefisk. But 17 years ago, Hip Hop act Atmosphere transformed the city into something else entirely: a nexus from which underground rap spiraled-out to the masses. And thanks to the duo’s indefatigable touring habits, Top 20-charting albums, and their galvanizing artist-owned label Rhymesayers, they’re still pushing the boundaries of what indie rap can mean. 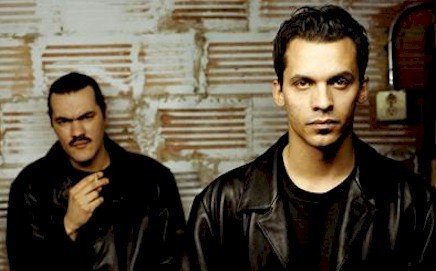 It’s with that overachieving-underdog spirit that MC Sean “Slug” Daley and producer Anthony “Ant” Davis have named Atmosphere’s eighth studio album Southsiders (out May 6, 2014), a shout-out to their native neighborhood. Because, says Slug, “We have spent the majority of our career — God, we can call it a career! — repping the south side of Minneapolis pretty hard.”

While Southsiders is a celebration of the group’s fortitude, it is also a deeply introspective, and sometimes conflicted, work. “It’s a natural progression from the last record, The Family Sign, which was about growing my family,” says Slug, now a father to three, who finds himself contemplating mortality. “I’m starting to think, ‘What is post–family man? What am I supposed to rap about now?’ I’m sticking to my roots, rapping about what I’m doing, what I think about. This record is — much like the other ones — a very detailed look at my life.”

The album captures everything from a blazing, anthemic takedown in “Southsiders,” to the ebb-and-flow of loss in the sauntering “Arthur’s Song,” to emotional abandon in the rousing “Kanye West.” The latter — and its mantra, “put your hands in the air like you really do care” — is a high-five to the rapper whose emotional reactions are often misperceived as not caring. Says Slug, “I wanted to write a song about loving something so much that you submit to the moment.”

All told, Southsiders took about ten months to complete. During that time, “I spent a lot of time agonizing over every detail, every word,” Slug says. He and Ant started out writing together in a Minneapolis basement. But these days, they trade tracks back and forth over email, with Ant triggering the creative flow by offering skeletons of songs.

Much of Slug’s songwriting agony stems from his need to translate things he relates to into universal messages — which is why even after all these years, Atmosphere remains relevant in the rap game. “Do I want to leave a legacy of, ‘Oh, that guy was really dope. He figured out how to rhyme astral projections with gastral infections’? Or do I want to be a positive energy source for the movement in general?” Slug says. “There is purpose behind what I do than just talking about me.” And how does that impact his rhymes now? “Well,” he points out, “I have to keep things realistic: making sure the gross stuff represented itself as gross, and that the beautiful stuff stays beautiful.” 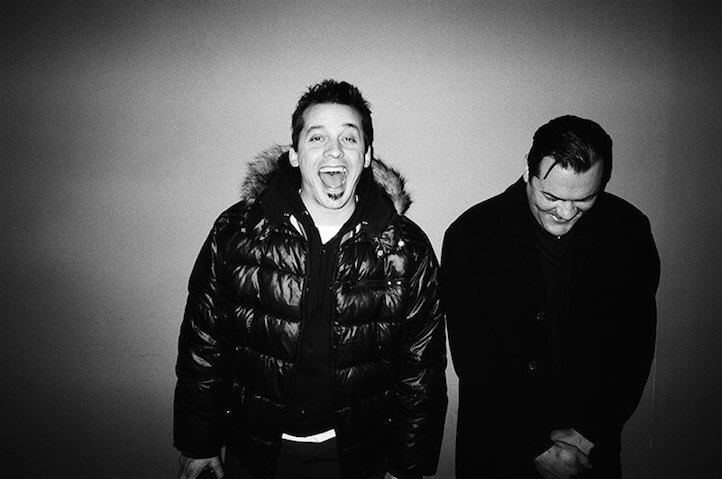