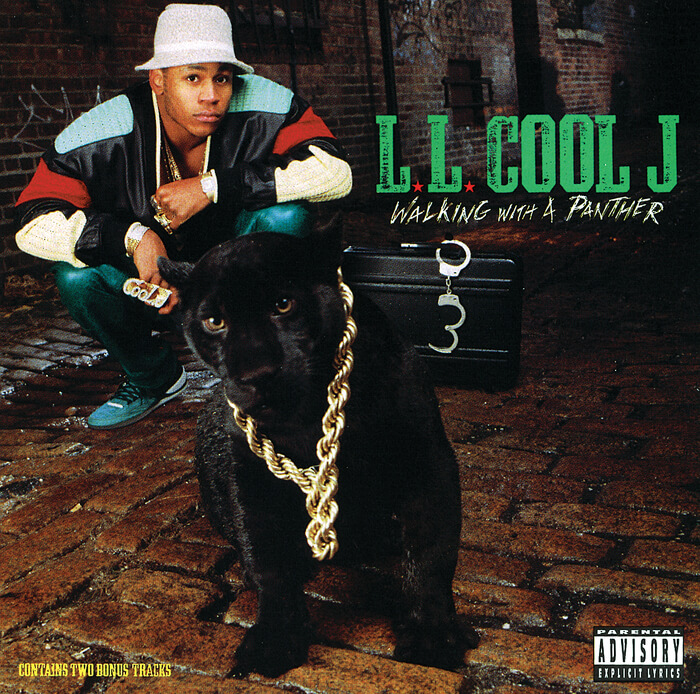 “I'mma rappers nightmare, I crush my opponents - there's only one title - I own it”

I'm That Type Of Guy

Why Do You Think They Call It Dope?

Going Back To Cali

It Gets No Rougher

One Shot At Love

Def Jam In The Motherland

Walking with a Panther is the third studio album by LL Cool J, released June 9, 1989, on Def Jam Recordings. While his previous album Bigger and Deffer (1987) was produced by The L.A. Posse, Dwayne Simon was the only member left of the group willing to work on Walking with a Panther, as other members, such as Bobby “Bobcat” Erving, wanted a higher pay after realizing how much of a success the previous album had become. Def Jam, however, refused to change the contract which caused the L.A. Posse to leave. Walking with a Panther was primarily produced by L.L. Cool J and Dwayne Simon, with additional production from Rick Rubin and Public Enemy’s production team, The Bomb Squad.

Walking with a Panther was a commercial success, peaking at number six on the Billboard 200 and number one on the Top R&B/Hip-Hop Albums chart, where it spent four weeks. The album contained the singles “Going Back to Cali”, “I’m That Type of Guy”, “Jingling Baby”, “Big Ole Butt” and “One Shot at Love”, which also achieved chart success. Walking with a Panther, however, was met with a mixed response from the Hip Hop community at the time of its release, who was unfavorable of several of the album’s love ballads. The album was certified platinum by the Recording Industry Association of America (RIAA).