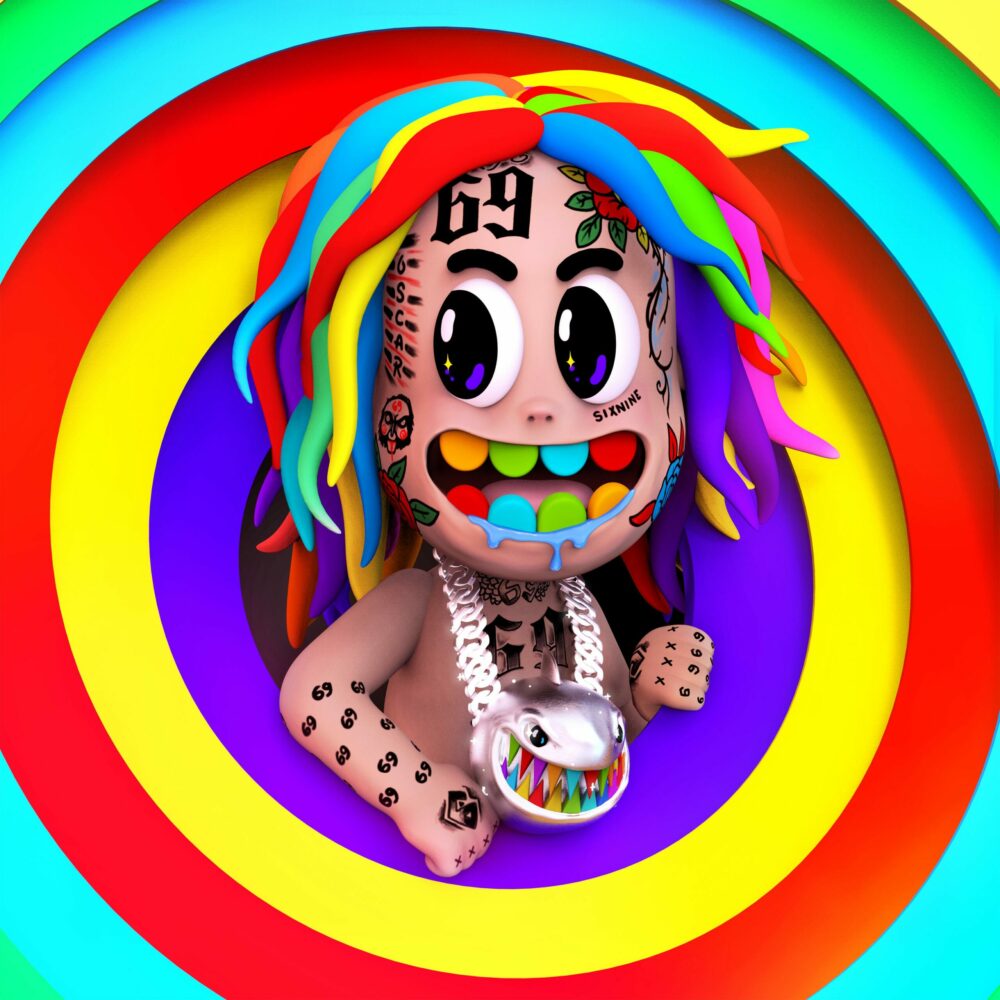 6ix9ine – TattleTales | Review: TattleTales is the second studio album by American rapper 6ix9ine. It was released on September 4, 2020. TattleTales is the follow-up to Dummy Boy, which was released shortly after 6ix9ine was arrested in November 2018. It features guest appearances from Akon, Nicki Minaj, Smilez, Leftside, and Lil AK. It is the first album by 6ix9ine since his release from prison following his cooperation with federal agents on a case involving his former fellow gang members of the Nine Trey Bloods. Upon his homecoming from prison, he released his first single of the album, “Gooba”, on his birthday on May 8, 2020. His subsequent singles “Trollz”, “Yaya” and “Punani” were released afterward and “Trollz” became a number one hit in the United States.

On this site, we curate Hip Hop. That means we listen to ALL new albums released in the Hip Hop genre. Inevitably we get to hear albums that get lumped into the Hip Hop category – often incorrectly. (T)rap for us is a Hip Hop adjacent genre, like R&B and neo-soul are not Hip Hop, but Hip Hop adjacent. It so happens we like neo-soul and some R&B, but trap: not so much.

This troll’s latest effort is the worst piece of music we’ve heard this year. Tattle Tales is so bad it’s ridiculous. The bottom of the barrel, below even – that’s where 6ix9ine is at, as a person and as an artist. It’s embarrassing to know this vile person making this vile music has an actual fanbase. Who are these people who are unironically listening to this clown? Most frustrating about the existence of a 6ix9ine is that he is categorized as a Hip Hop/Rap artist – which is an insult to the genre and its fans. FOH.