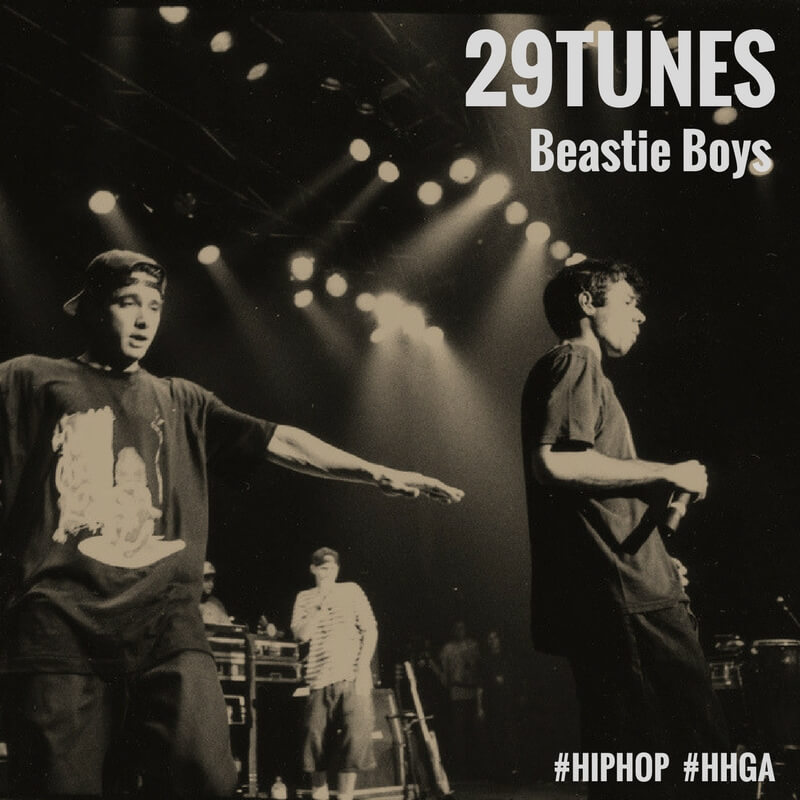 As the first white rap group of any importance, the Beastie Boys received the scorn of critics and strident Hip Hop musicians, both of whom accused them of cultural pirating, especially since they began as a hardcore punk group in 1981. But the Beasties weren’t pirating — instead, they treated rap as part of a post-punk musical underground, where the D.I.Y. aesthetics of Hip Hop and punk weren’t that far apart. Of course, the exaggerated b-boy and frat-boy parodies of their unexpected hit debut album, Licensed to Ill, didn’t help their cause.

For much of the mid-’80s, the Beastie Boys were considered macho clowns, and while they dismissed that theory with the ambitious, Dust Brothers-produced second album, Paul’s Boutique, it was ignored by both the public and the press at the time. In retrospect, Paul’s Boutique was one of the first albums to predict the genre-bending, self-referential pop kaleidoscope of ’90s pop.

The Beasties refined their eclectic approach with 1992’s Check Your Head, where they played their own instruments. Check Your Head brought the Beasties back to the top of the charts, and within a few years, they were considered one of the most influential and ambitious groups of the ’90s, cultivating a musical community not only through their music, but with their record label, Grand Royal, and their magazine of the same name. (Bio by Stephen Thomas Erlewine, continued @ Allmusic)