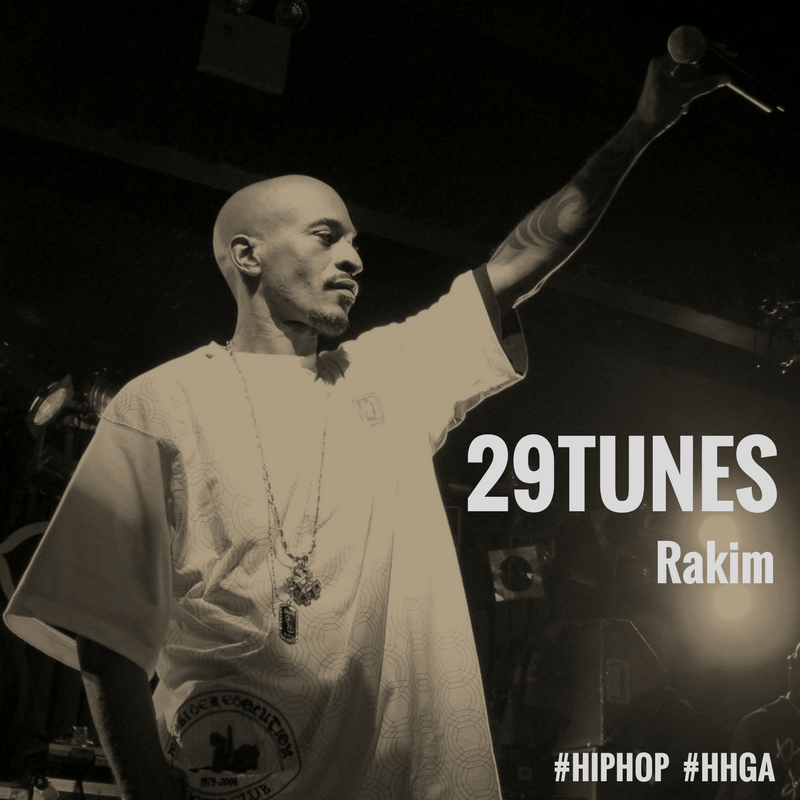 Although he never became a household name, Rakim is near-universally acknowledged as one of the greatest MCs — perhaps THE greatest — of all time within the Hip Hop community. It isn’t necessarily the substance of what he says that’s helped him win numerous polls among rap fans in the know; the majority of his lyrics concern his own skills and his Islamic faith. But in terms of how he says it, Rakim is virtually unparalleled. His flow is smooth and liquid, inflected with jazz rhythms and carried off with an effortless cool that makes it sound as though he’s not even breaking a sweat. He raised the bar for MC technique higher than it had ever been, helping to pioneer the use of internal rhymes — i.e., rhymes that occurred in the middle of lines, rather than just at the end. Where many MCs of the time developed their technique through improvisational battles, Rakim was among the first to demonstrate the possibilities of sitting down and writing intricately crafted lyrics packed with clever word choices and metaphors (of course, he also had the delivery to articulate them). Even after his innovations were worshipfully absorbed and expanded upon by countless MCs who followed, Rakim’s early work still sounds startlingly fresh, and his comeback recordings (beginning in the late ’90s) only added to his legend. (Bio continued @ Allmusic)