NEW YORK, July 21, 2016 (GLOBE NEWSWIRE) — The Original and Official Hip Hop Hall of Fame Awards TV Show returns to NYC in November 2016 its rightful place during ‘Hip Hop History Month’ celebrated around the world. Legendary female Hip Hop MC Roxanne Shante returns to co-host the show that will be taped live for national television broadcast at a later date, and be available for early behind the scenes viewing via a paid live stream online. 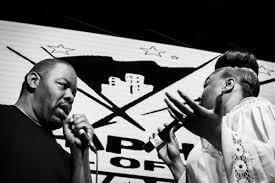 The Hip Hop Hall of Fame Awards TV Show is now poised to be the national historical Hip Hop event annually that will be a staple in New York City for decades to come, with The Hip Hop Hall of Fame + Museum & Entertainment Complex in the latter planning stages of its State of the Art ‘Green Tech Design’ new building being developed on a site in Manhattan that will include The Hall, Museum, Retail Gift Store, Official Merchandise, Arcade, Sports Bar, Restaurant, TV Studios, Educational Classrooms, and Concert Lounge producing 100 live events per year, serving an estimated 500,000 fans, visitors, tourist, and students annually with a $350M socio-economic impact in Tri-State area.

The Hip Hop Hall of Fame Producers have begun talks with Broadcast & Cable Networks for a multi-year Television deal, and are also seeking Official Sponsors, Product & Brand Advertisers, and Promotional Partnerships to propel this show and other future Hall of Fame Co-branded Content Programming and Live Music Events in development to the next level, reaching tens of millions of viewers in America and around the World as Classic Hip Hop Music & Culture History is in demand.

The Hall of Fame Institutional Inductees will be led by Harry Belafonte’s classic Hip Hop Film BeatStreet now celebrating 30+ years, Sal Abitello and his Disco Fever venue in the Bronx where many Hip Hop Stars and Legends were made, Sylvia Robinson and SugarHill Records, Bobby Robinson and Enjoy Records, and Harlem’s Mike & Dave Records & Promotions who were all forces in the early stages and growth of hip hop music & culture around the world. There will be Life Time Achievement and Community Service Awardees who will be named at a later date. 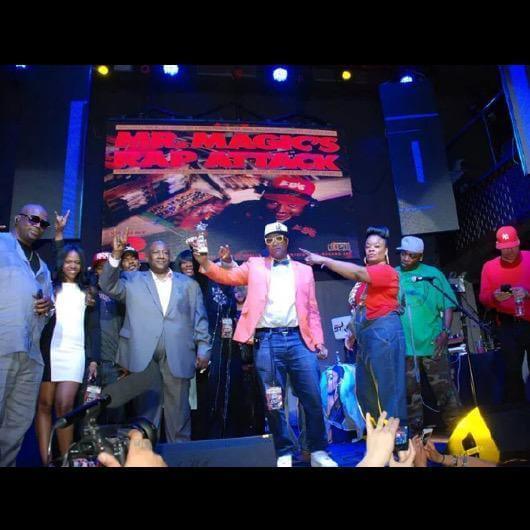 “This will be the 20th Anniversary of the first HHHOF Awards show that was broadcast in syndication television and on the BET Cable Network in 1996. That show inducted the Legendary Run DMC & the late Jam Master Jay, DJ Red Alert, Grandmaster Flash, The Zulu Nation, Eazy E, as we watched history in the making when all of the Old School Pioneers together, Inducted Hip Hop Pillar DJ Kool Herc,” stated Kenny ‘DJ Lord Yoda X’, a Co-Producer.

Fans can pre-order tickets directly from the HHHOF privately at Eventbrite (http://HipHopHallofFameAwards.Eventbrite.Com) starting this Friday, July 22, 2016. A limited amount of VIP Tickets can be purchased for $150 which includes the pre-show VIP Reception for Inductees and Honorees taking place as Hip Hop illuminaries, Moguls, Artists, Stars, Celebrities, Sports Icons, and Industry Executives and affiliates make their way down the Red Carpet step and repeat for the national and international press and media covering the event. All tickets previously purchased will be honored.