NEW YORK, June 22, 2016 (GLOBE NEWSWIRE) — The Hip Hop Hall of Fame + Museum makes history as it has taken its mission to another level by launching its very own Hip Hop Hall of Fame Publishing arm and is preparing to release its first ever highly anticipated national and international book title called The Hip Hop Hall of Fame Presents ‘The Hip Hop Whos Who!’© of Hip Hop Music & Culture in association with Hip Hop Global Media & Entertainment. The book will cover all Artists, Groups, DJs, B-Boys/Girls, Graffiti Artists, Producers, Executives, Entrepreneurs, and Influencers from all the Elements of Hip Hop culture. It will start at the birth of hip hop, cover its influences, and go all the way to the present day. The foundation of the book will become a living Fortune 500+ of Hip Hop Music & Culture’s All Time Greats. 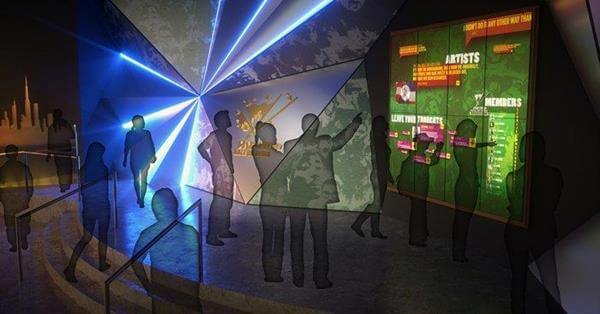 “The book will be delivered in time for Christmas and become a major educational resource and digital archive for fans, students, and educators as the Hip Hop Hall of Fame is a Chartered non-profit 501 (c)3 Museum & Educational Institution whose mission is to Preserve, Archive, Exhibit, Educate, and Showcase Hip Hop Music & Culture from around the world,” stated JT Thompson, Creator of the Hip Hop Hall of Fame Awards TV Show that debuted on BET in the 1990s, and Museum Founder/Chairman.

The official website http://hiphopwhoswho.com now under construction will become a National and International Hip Hop Digital Archive Resource for artists, culturists, fans, educators, students, and preservationist that will be continuously updated with the various historical contributions being made in real-time by hip hop music & culture artists, influencers, innovators, and entrepreneurs in business & entertainment industries, and in society at-large for future generations. The digital archive will feature photos, interviews, biographies, discographies, music, rare footage, music videos, memorabilia, timelines, venues, historical events, and behind the scenes archives that will be featured online and in some real Hip Hop Hall of Fame Museum interactive exhibits now in development.

The Hip Hop Hall of Fame is initiating a nationwide ‘Casting Call’ to all Artists, Groups, DJs, B-Boys/Girls, Graffiti Artists, Producers, Executives, Entrepreneurs, and Influencers from all the Elements of Hip Hop Culture from 1973 to 2016 as the ‘curation and preservation’ team is now set to start ‘filming and audio recording’ their video oral history interviews. The oral and video Histories digital archive documenting process will start this summer and is expected to take up to two years to complete. HHHOF crews will interview artists all across America and around the Globe to put together one of the most comprehensive archives documenting Hip Hop in the world. “These great stories of triumph against all odds, poverty, politics, backgrounds, social status, and race will become ‘Mini-Hip Hop Documentaries’ whose inspirational stories will be shared by The Hip Hop Hall of Fame Museum with the world,” stated Mr. Thompson.

The Hip Hop Whos Who book and video oral history interviews digital archive will guarantee the artists and influencers their rightful place being enshrined and preserved in the Hip Hop Hall of Fame + Museum Interactive Exhibits, Holograms, and Digital Wall Touchscreens where the general public will be able to look up their favorite artists, groups, and icons. The artists and influencers will also be able to contribute memorabilia and artifacts to be put on display at the HHHOF.

“This is a ground breaking experience where the artists and those who built and made hip hop history will get to tell their own stories and timeline adventures in their own words, and have them preserved for future generations in the Hip Hop Hall of Fame,” stated Kenny ‘DJ Lord Yoda X’ Syder, a HHHOF Artists Committee Co-Chair.

All Artists, Groups, DJs, B-Boys/Girls, Graffiti Artists, Producers, Executives, Entrepreneurs, and Influencers of Hip Hop Culture interested in Book inquiries, or to be in Phase One of the Oral History ‘Video and Audio’ interviews should contact us hiphopwhoswho@gmail.com.  Submissions should include in the subject line name, element/genre, and era. The balance of the package should also include a bio, photo, verifiable discography, record label if applicable, and contact information to set up follow-up and interviews.