Taken from their debut album “Enter The Wu Tang” and released  as the B-side of Wu Tang Clan‘s classic single C.R.E.A.M., this track is signature Wu Tang.

Flawless RZA production and straight bars from 6 of the Wu Tang emcees; this track is filled to the brim with Hip Hop quotables.

[Wu-Tang movie dialogue]
The game of chess, is like a swordfight
You must think first, before you move
Toad style is immensely strong, and immune to nearly any weapon
When it’s properly used, it’s almost invincible

[Verse One: U-God]
Raw I’m gonna give it to you, with no trivia
Raw like cocaine straight from Bolivia
My hip-hop will rock and shock the nation
like the Emancipation Proclamation
Weak MC’s approach with slang that’s dead
you might as well run into the wall and bang your head
I’m pushin’ force, my force your doubtin’
I’m makin’ devils cower to the Caucus Mountains

[Verse Two: Inspectah Deck]
Well I’m a sire, I set the microphone on fire
Rap styles vary, and carry like Mariah
I come from the Shaolin slum, and the isle I’m from
is coming through with nuff n***** and nuff guns
so if you wanna come sweating, stressing, contesting
you’ll catch a sharp sword to the midsection
Don’t talk the talk, if you can’t walk the walk
Phony n***** are outlined in chalk
A man vexed, is what the projects made me
Rebel to the grain there’s no way to barricade me
Steamrolling n***** like a eighteen wheeler
with the drunk driver driving, there’s no surviving

[Verse Three: Raekwon the Chef]
Rough like Timberland wear, yeah
Me and the Clan, and you’re the Landcruisers out there
Peace to all the crooks, all the n***** with bad looks
Bald heads, braids, blow this hook
We got chrome tecs, nickel plated macs
Black axe, drug dealing styles in phat stacks
I’ve only been a good n**** for a minute though
’cause I got to get my props, and win it you
I got beef with commercial-a** n***** with gold teeth
lampin in a Lexus eating beef
Straight up and down don’t even bother
I got forty n***** up in here now, who kill n***** fathers

[Verse Four: Ol’ Dirty Bastard]
Here I go, deep type flow
Jacque Cousteau could never get this low..
I’m cherry bombing shits… BOOM
Just warming up a little bit, vroom vroom
Rappinin is what’s happening
Keep the pockets stacked and then, hands clapping and
At the party when I move my body
Gotta get up, and be somebody!
Grab the microphone go straight to the phone
DUH-DUH-DUH…enter the Wu-Tang zone
Sure enough when I rock that stuff
Guff puff? I’m gonna catch your bluff tough
rough, kicking rhymes like Jim Kelly
or Alex Haley I’m a Mi-..Beetle Bailey rhymes
coming raw style, hardcore
N***** be coming to the hip-hop store
Coming to buy grocery from me
Trying to be a hip-hop MC
The law, in order to enter the Wu-Tang
You must bring the Ol’ Dirty Bastard type slang
Represent the GZA, Abbott, RZA, Shaquan, Inspectah Deck
Dirty Hoe getting low with his flow
Introducing, the Ghost..face.. Killer!!
No one could get iller

[Verse Five: Ghostface Killah]
Speaking of the devil psych, no it’s the God, get the s*** right
Mega trife, and you’re I killed you in a past life
On the mic while you was kicking that fast s***
You reneged tried again, and got blasted
Half mastered a** style mad ruff task
When I struck I had on Timbs and a black mask
Remember that s***? I know you don’t remember jack
That night yo I was hitting like a spiked bat
and then you thought I was bugged out, and crazy
strapped for nonsense, after me became lazy
yo, nobody budge while I shot slugs
Never shot thugs, I’m running with thugs that flood mugs
So grab your eight plus one, start flipping and tripping
N***** is jetting I’m licking off son

[Verse Six: Masta Killa]
Homicide’s illegal and death is the penalty
What justifies the homicide, when he dies?
In his own iniquity it’s the
Master of the Mantis Rapture coming at you
We have an APB on an MC Killer
Looks like the work of a Master
Evidence indicates that’s it’s stature
Merciless like a terrorist hard to capture
The flow, changes like a chameleon
Plays like a friend and stabs you like a dagger
This technique attacks the immune system
Disguised like a lie paralyzing the victim
You scream as it enters your bloodstream
Erupts your brain from the pain these thoughts contain
Moving on a n**** with the speed of a centipede
and injure – ANY M************ CONTENDER 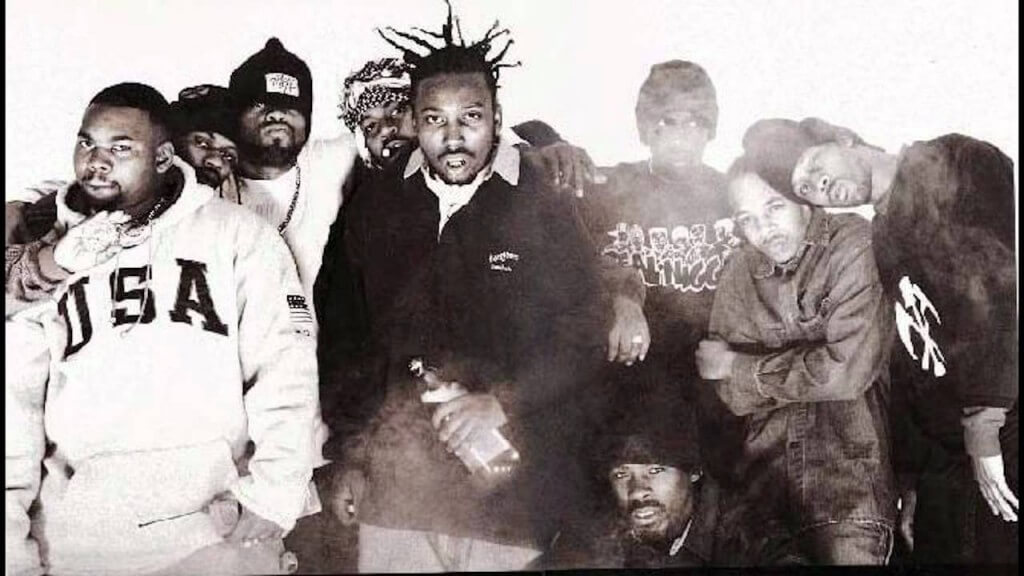