The Art of Networking: How You Can Work With Your Favorite Emcees

Late streetlight strolls, musky bus commutes, nostalgic party atmospherics. For many, Hip Hop has been a catalyst through the turbulent phases of adolescence and youth. A lot of people rap, but everybody dreams of working with their favorite emcees.

In the UK, Hip Hop has come along away. The pioneer is no longer an archaic term, with new styles imploding and old ones reconstructing year by year. UK’s own Verbal Skillz has grafted hard to web solid beats, insightful rhymes and acclaimed features, ranging from his home regions to the blocks of Brooklyn where Hip Hop first rose from the glowing and talent-ridden rubble. Veteran producer Domingo, Masta Ace, Edo. G, Mr. Green, Guilty Simpson, Tragedy Kadafhi and Ill Bill are all amongst the esteemed artists that Verbal has sown fibres with for a rooted discography of authentic rap music. 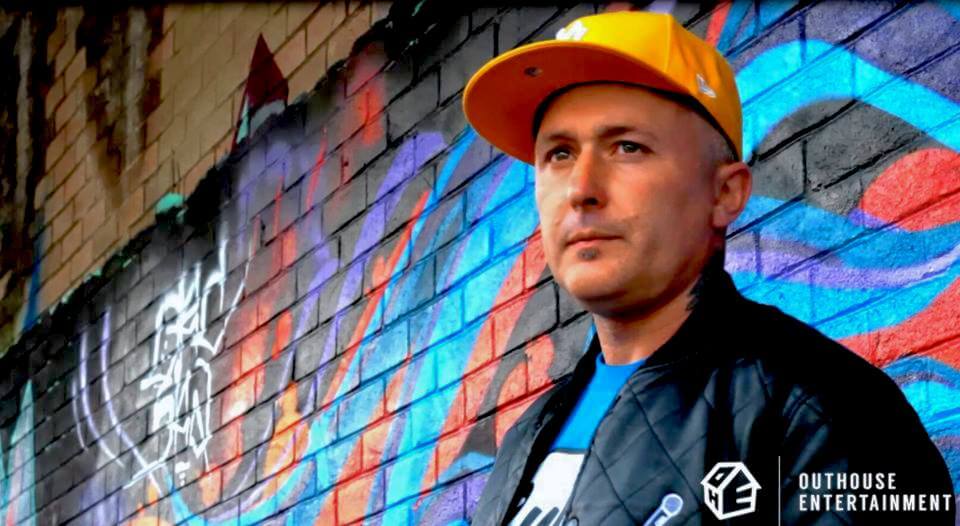 We sat down in a bustling Starbucks with the Guildford emcee to discuss the international diversity of his music and the stories of building with Hip Hop’s icons for his sophomore LP, Verbal Vision. We touch on the economics of an unbreakable underground community, personal development for aspiring emcees, and the arduous but rewarding venture of sparring with the industry’s most respected and renowned lyrical athletes.

Hi, thanks for meeting up with us. Let’s start with the new record.

What was the direction for the Verbal Vision’s vibe?

I’m a boom-bap emcee. That’s my style, that’s what I love. I’m not stuck in the 90s. To me if it’s dope, it’s dope. Grime and trap doesn’t really appeal to me, I know it’s big at the minute but I feel like I’d sell out if I went in that direction. I’m not knocking it, it’s just I’m not into it. The producers that I like, Mr. Green, Apollo Brown, Marco Polo, Black Milk, they produce those heavy beats. Everyone would love a Preemo beat. When they do an open mic and the Preemo beat comes on, you’re never disappointed. So that’s my style, boom-bap. Cuttin’, scratchin’ beats, dope samples. Something clever to keep people interested.

Where does the varied yet balanced nature of your lyrical subject matter stem from?

That’s the hardest thing. Pretty much every subject’s been covered, everyone’s done a rhyme about something. I wanted to do a mix of storytelling, some deep, heavy tracks but also some fun tracks. As I’m driving, out working or with my girlfriend sometimes a subject will just come to me, so I quickly jot a note down in my phone, I’ve got a list on my phone and I’ll read through them like nah, that one was s***, yeah I’ll keep that one. Sometimes a story will keep sticking to you and coming back. I’m doing one on the next album about people telling me what they can do for me like, “Yeah bruv I can get you on that show, we’ll sign you to this label”, and then nothing happens. It’s annoying when you take the time to be real with people and they’re just feeding you lies. I’m sure it happens in every business. So I guess I get inspiration from things that wind me up, and them some other times it’s just battle rhymes.

Did you approach the album with the intention to branch this ambitiously?

This one I wanted to do a variety of producers. It was more of a personal thing for me. Y’know I got Ill Bill on there, Guilty Simpson, there’s some big names on there. I understand that people probably think that maybe there’s too many features but the album was for me. I was spoiling myself. It was like right- I’ll get as many features as I can. So I can say right I’ve done Ill Bill, I’ve done Edo G, done Guilty Simpson. I guess the second album was really just for me to kind of express myself but also treat myself. Domingo’s big and well established in the game, Endemic’s great, and Mr. Green speaks for himself. There’s a few unknowns as well, there’s a guy from France, and also there’s Micall Parkunson, repping the UK.

Why reach out to the artists you did?

It was kind of like, emcees that I liked listening to. Again it’s kind of the self servant thing, you have to do it for your passion. Y’know if you love something then do it how you want to do it. I’m not being guided by anyone. If I was signed to a label I don’t think I’d enjoy it as much. I can do what I like, I can write about what I like. So getting a feature from an artist that you look up to is pretty good. 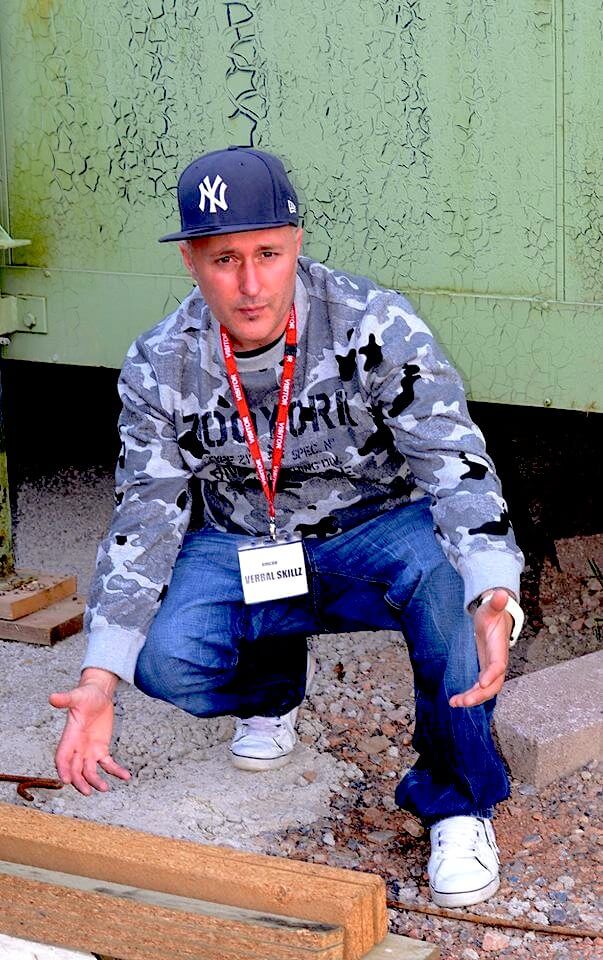 How is the communication process with such busy professionals?

Yeah it is difficult. Ill Bill was probably the hardest one to pin down. Y’know people are touring. When I spoke to Masta Ace he was in Australia so he had a bit of down time, and was willing to talk to people. He then came to England on tour so I just said I’ll come and meet you. For me, it’s how much effort you wanna put in. I drove 180 miles to Nottingham to meet Ace, but you put in that effort. We had a chat, got a drink. It is a business to them, but at the same time they still love what they do. They don’t wanna put anything whack out. You never know when the next hit is gonna come. It’s just about effort, it’s a lot of legwork, sending emails, messaging them, phone calls. They’re in different time zones, it might be 3 o’clock in the morning, but they’re ready to talk so you wait up. Then you chat to them on the phone and it’s cool. So yeah it’s just about communication and hard work. I think a lot of people can be lazy, but if you make the effort you can get the results.

Having shot videos with Masta Ace and Edo. G, are there any lesson you’ve taken away from the experiences?

Yeah- always be professional. Do the best that you can. Ace said to me that whatever you do, always work hard, just keep putting out dope tracks, keep putting out what you know is good and eventually it’ll come back. Edo. G, we did the video after his show at the Jazz Cafe. So it’s about half 2 in the morning, it’s freezing cold. But then he just puts his shades on, Genesis Elijah was filming it, you do it, boom, it’s done. The reality for them is that 5 in the morning they’re getting on a plane to go somewhere else. So it’s not as glamorous as what people think, so I guess I’ve learnt that as well. You see behind the scenes. With Masta Ace, we’re in Nottingham at a set of garages behind a hotel, cars driving past, people walking their dogs like ‘what the hell are these two doing?’

If you could present an emcee and a producer for the world to hear, who would you choose?

I think beat-wise it’d have to be Apollo Brown. Chester P, lyrically is good, he’s a good story-teller  but he’s dexterous so I think that’d be interesting. Someone like R.A. the Rugged Man, or A.F.R.O. I’d want someone that represents the real side of things. Even someone like Masta Ace, a great story teller, I’m sure he could pull out some rhymes where people are like’ ah s*** yeah I get what he’s saying’.

Have you got a favorite spot to pen rhymes at?

I haven’t really. But I’ll tell you the two places where rhymes always come to me. When I’m out shopping with my misses, maybe because I’m bored as f***, or when I’m driving. So I don’t really have a spot, I don’t go and sit by a river. When I’m at home and I feel creative I’ll fire up my laptop and just write.

Where do you see the Hip Hop game in 10 years time commercially?

It feels like vinyls coming back. There’s been a lot of talk of real Hip Hop coming back, people wanting substance. I think Hip Hop won’t ever die, it’s massive. I think Grime’s gonna have it’s say, it’ll be interesting to see where Grime is in 5 years. Garage was massive then it died off. But Hip Hop, it’s been around since the the 70s, it’s not going anywhere. The underground will always do well cause you’ve got hungry emcees that wanna break through.

What personal development you’ve experienced do you think readers can aspire to undertake themselves?

I think you can achieve anything. I’m not connected in the industry, my auntie doesn’t work for a label or I don’t know a promoter. I’m just someone on his own and I’ve managed to get songs with some big people. It’s what you’re to sacrifice. People say you’re so lucky you got a verse with Masta Ace- well it wasn’t free. For anyone who wants to aspire, go to open mics, do live performances, just work hard and be realistic.

How would you advice amateur emcees that want to break into the scene?

Practice, work hard on your writing, save up some money. If you want a beat try and contact a sick producer. Even someone in the UK, go to Dirty Dike or BVA and say I want a beat, how much? I’m sure they’d do a beat for a couple of hundred quid. Now that sounds like a lot of money, but what is a couple of hundred quid if you’re serious about what you want to do? My mate goes fishing and he’ll spend a thousand pounds on a fishing rod. And he’ll get sleeping bags and tents and little stalls and buzzers. If that’s your hobby and you enjoy doing it that’s fine, so why would you not do the same for Hip Hop? Don’t expect s*** for free, you’ve got to sacrifice and save up but you’ll have something you’re proud of for the rest of your life. If you pay people for their work, they can perform more and labels will recognise their value and invest, cause it’s  a business. They wanna know that they can make money. Don’t be afraid to pay £5 for someone’s CD. Support the scene, just by going to the free events helps the underground scene. Don’t sit at home, just do it and go.

Verbal Skillz proves that smart investment of time and raw, unrelenting passion will materialize what many may only ever dream of. With the writing process for his next project already in motion, Verbal has secured production features from Apollo Brown, Mr Green, Dj Stix, Elbe Kim, Sultan Mir, Weirdo Crazeology, Endemic Emerald, Trilian and Klasick beats. You can find him on Facebook here, as well as his full discography on Bandcamp. Stay tuned for upcoming singles, and above all, get out there and support your community!