Every Hero Needs A Villain swooped into stores last year, and on the regular record trawl I was pretty astonished to see a comic book amongst the fleet of plastic jewel cases. The follow up to Czarface sees Inspectah Deck and Esoteric reprise their roles behind the mic for their second full-length LP produced by 7L. 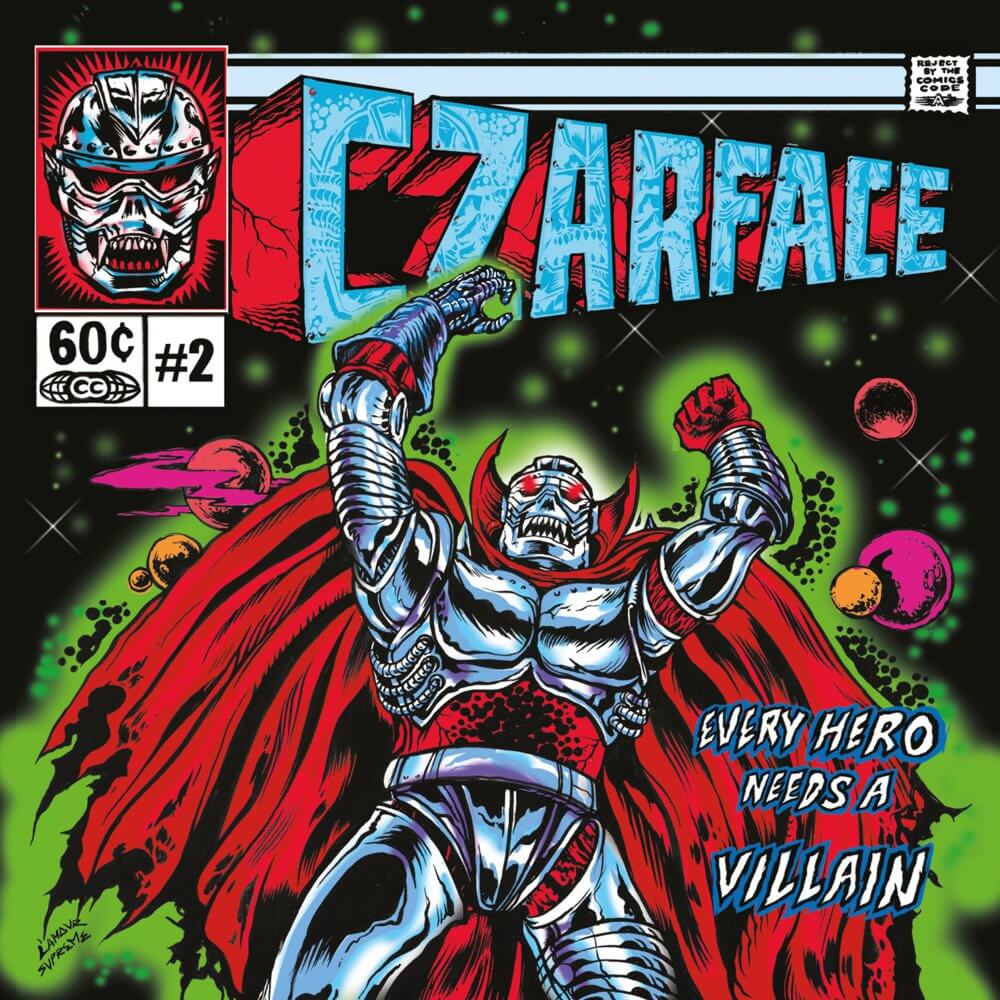 The trio snatched attention with the original Czarface a couple years back, and have been scheming in their hidden lair to formulate their follow-up presumably ever since. Nobody was sure if we’d ever be getting another episode of our supervillains’ antics but the Rebel INS riled rap junkies with a teaser tweet shortly before the album’s release. For me, Spidey comics were a must each week following torturous three-hour sessions at the youth activity club. Stan Lee and his team of graphic artists had always provided liberation and escape from the strenuous, albeit insignificant, labours of life, before stumbling upon Hip Hop (notably the Slim Shady LP) a couple of arguably premature years down the line. Still, the embellishment and meticulous artwork of Marvel’s trademark design made the adventures of Peter Parker that much more captivating, and almost interactive at times with the right imagination.

Gamers will remember the post-apocalyptic sensation that blanketed reality when Fallout 3 nuked Earth in ‘08. Not only was the game a blast, but the conceptual marketing had fans across the globe glowingly addicted the video-game crack it had become to so many. The Pipboy mascot, the tin lunchbox and quirky retro-future themed in-game decor and ads. And I pull the similarity ‘cause it’s in this spirit that Czarface shine bright amidst the repetitive gimmicks you’ll find taint most albums labelled ‘Hip Hop’ before they’re stacked ten deep in HMV.

A few years back Kanye West released Yeezus completely absent of artwork. West said he had been primarily inspired by minimalist design and architecture, and shopped the album in nothing but a clear jewel case and an orange sticker. The album sold 327,000 copies in its first week, implying that the album isn’t as stark and improvident as the artwork would suggest. Either that or people will simply spend their money on anything that Kanye West breathes on. Case in point: The Life of Pablo is the seventh straight album to debut at No 1. 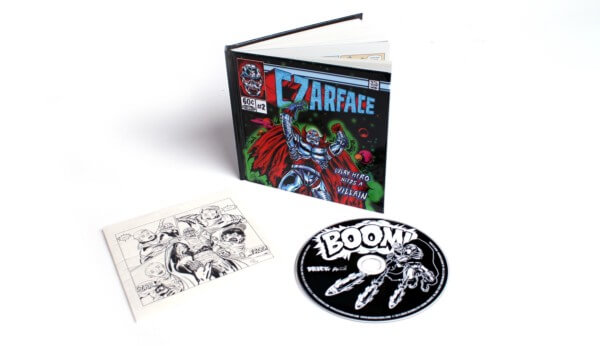 Every Hero’s vibrant and lively frontier tells you everything you need to know about the album before you even pick it up. You know you’re signing on for a hectic expedition through the realms of sci-fi and nerdcore, with no shortage of impertinent wordplay to ride the succession of thumping renegade beats. With a selective onslaught of features, R.A. the Rugged Man, DOOM, GZA, Method Man, Large Professor and Beatnuts’ JuJu storm from the rubble blasting triple-beam cannons of lyrical devastation. Esoteric and Deck aren’t shy to air distastes with mainstream pop stars, going in on commercial icons with gnarly shots throughout the record— And tying in the odd basketball reference while they’re at it;

Followers of KRS-One are always sure to give the nod to their predecessors, no matter the field. I mean, it’s only right for rappers to shout out the elders that fathered their style since they were skipping school to light weed in dank alleys with their childhood friends, right? You can count on Esoteric to uphold his bestowed duty, regularly slipping in brainy lines of homage across the fifteen LP.

‘Ya’ll don’t want any of this, score without any assist,

Sound Boogie Down like the brothers- Kenny and Kris’– Esoteric, Lumberjack Match

‘I murder ‘em with a sentence I’m merciless with a pen,

People might spend less time studying the counterparts of a new album than they used to, but now you’ll be lucky to get more than a single sheeted insert with the disclaimer and copyright information. The trend to stretch profits by minimising packaging costs is growing stronger, but pride truly takes precedent through the way Czarface present their artistic effort. That’s why with Every Hero Needs A Villain you can strap in with a precursory comic before delving into dozens of thematic verses.

The price tag might ward off the average pop enthusiast and stray wanderer, but any Hip Hop head worth the weight of their record stack will throw down for Every Hero quick enough to create cosmic tailwind. This album serves as nothing if not a reminder that though the original trife tales of New York may have been told already, it takes only the charm of childhood inspiration to renovate rap’s tarnished profession into something wholly stimulating yet nostalgically unique.

If there’s ‘take away’ from this article it’s that this is how you package a Hip Hop album. Finally a record presented in a way that does justice to the goods within— and with that we’ll leave you with an epilogue from Eso. Designers, take notes.

’Rappers talking ‘bout how they livin’in that studio,

To a homeless man it’s beautiful, I guess they need some room to grow,