Skyzoo & The Other Guys – The Mind Of A Saint | Review 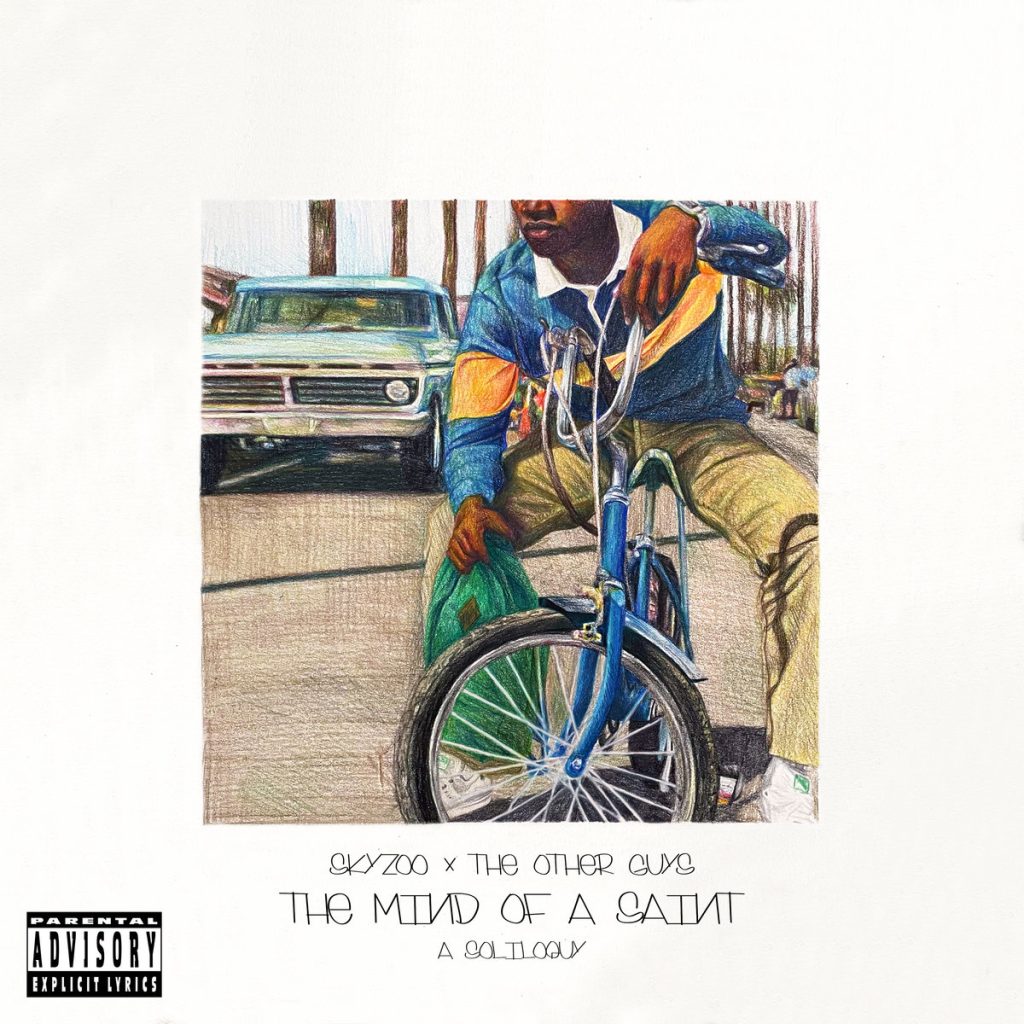 Skyzoo’s eleventh studio album The Mind Of A Saint – produced entirely by The Other Guys – delves into the innermost thoughts of one Franklin Saint, the lead character in the hit FX show, Snowfall, which follows the early stages of the crack cocaine epidemic in Los Angeles in the early 1980s.

“When making this album, I wanted to do something that creatively pushed a button. Something that served a purpose while trying to understand both sides of the fence that it represents. The idea of a fictional character, Franklin Saint, and what his innermost thoughts could be when dealing with the fictional world he’s caught within. What makes it so intriguing is that his character and his world are mirrors of a time and EDA that really happened. The birth of one of the world’s most addictive drugs and how its ripple effect took on a life that may seemingly never die. The crack era was one of the worst chapters in black America’s story.

Using the “Snowfall” series as a vehicle to delve into both sides was truly fascinating as an emcee. It’s a project that is layered beyond measure. If you’ve never seen Snowfall, you’ll think it’s a really great album, but if you’re an avid fan of Snowfall, you’ll truly feel as if Franklin, the conflicted boy genius turned millionaire and career criminal, truly did pick up a pen and pad to write his life story over a bed of beats. It was one of the most intense projects I’ve ever written. The idea of becoming a fictional character that represents actual real-life events, making sure to hit every detail, be it from both the show and our real world, was a writing work out like no other. I’m honored to have been able to do so, and I’m honored that The Other Guys trusted me to step outside of the box and truly push the envelope with this. Enjoy, and remember, like they told us in the ’80s: just say no.” – Skyzoo 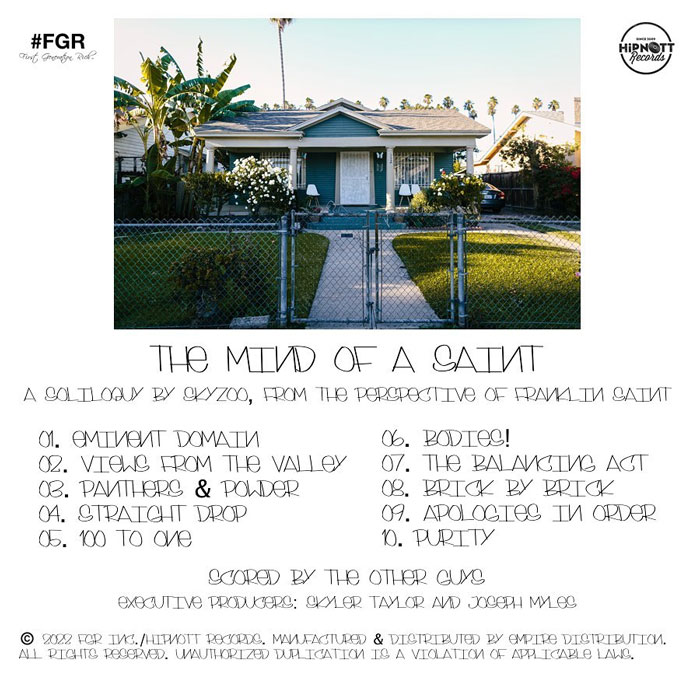 Intimate knowledge of the Snowfall show, or of the situation in 1980s Los Angeles, is not necessary to enjoy The Mind Of A Saint – the elegant jazz- and soul-flavored boom-bap production make for an enjoyable listening experience regardless of familiarity with the source material that served as inspiration for the album. That said, Skyzoo’s writing masterfully captures Franklin Saint’s experiences and thoughts about the world he lives in – Skyzoo makes the concept work. His pen game and his flows are as strong as ever, and the layered narrative captivates from start to finish. The Mind Of A Saint is another Skyzoo winner.