“I Wish” is a hit song by Skee-Lo released in 1995 under Scotti Brothers Records as the first single from his debut album of the same name.

In the United States, the track peaked at number thirteen on the Billboard Hot 100. It was certified gold by theRIAA and sold 600,000 copies domestically. Internationally, “I Wish” reached number fifteen in the United Kingdom and number four in Sweden and Norway.

The song was nominated for Best Rap Solo Performance at the 1996 Grammy Awards, but lost to Coolio for his song “Gangsta’s Paradise.” (Wikipedia) 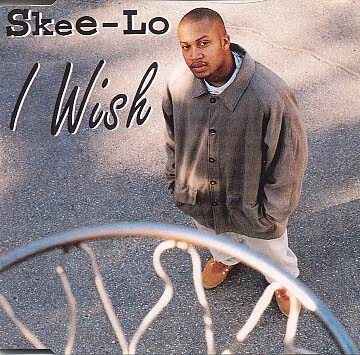