Gangsta’s Paradise is a single hit from Coolio, featuring singer L.V. The song was released on Coolio’s album Gangsta’s Paradise and the Dangerous Minds soundtrack in 1995. It samples the chorus and music of Stevie Wonder’s 1976 song “Pastime Paradise“.

The song was listed at number 69 on Billboard’s Greatest Songs of All-Time and the number one biggest selling single of 1995 on U.S.Billboard. In 2008, it was ranked number 38 on VH1’s 100 Greatest Songs of Hip Hop. Coolio was awarded a Grammy for Best Rap Solo Performance, two MTV Video Music Awards for Best Rap Video and for Best Video from a Film, and a Billboard Music Award for the song/album. The song was voted as the best single of the year in The Village Voice Pazz & Jop critics poll.

The song has sold over 5 million copies in the United States, United Kingdom, Germany, and Croatia alone, and at least 5.7 million worldwide, making it one of the best-selling singles of all time. (Wikipedia) 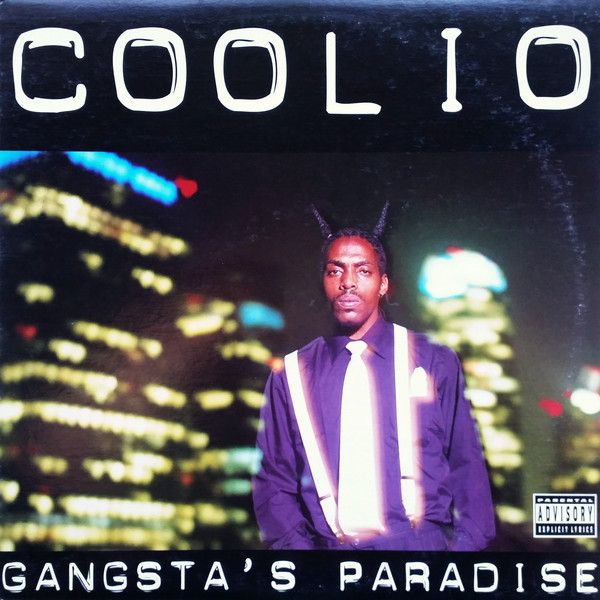