“Baby Got Back” is a hit song written and recorded by Seattle rapper Sir Mix-a-Lot, from his album Mack Daddy.

At the time of its original release, the song caused controversy with its outspoken and blatantly sexual lyrics about women, as well as specific references to the female buttocks which some people found objectionable. The video was briefly banned by MTV. “Baby Got Back” has remained popular and even anthemic since it was originally featured on the album Mack Daddy in 1992.

Sir Mix-a-Lot commented in a 1992 interview: “The song doesn’t just say I like large butts, you know? The song is talking about women who damn near kill themselves to try to look like these beanpole models that you see in Vogue magazine.” He explains that most women respond positively to the song’s message, especially black women: “They all say, ‘About time’.” (Wikipedia) 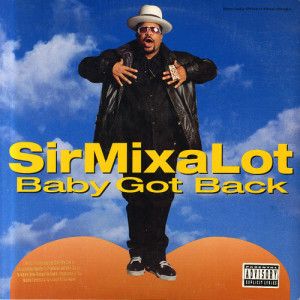