“Know the Ledge“, originally released on the soundtrack for the film Juice under the title “Juice (Know the Ledge)“, is a 1992 single released from Eric B. & Rakim.

It was the theme song for the film and a single released from the duo’s 1992 album Don’t Sweat the Technique. The song features a distinctive sample from Nat Adderley’s 1968 hit “Rise, Sally, Rise”.

“Know the Ledge” is one of the most well-known showcases of Rakim’s storytelling ability, as he shares a first-person narrative of a neighborhood thug and drug dealer who is forced to come to grips with his violent and reckless lifestyle. It became one of Eric B. & Rakim’s final hits together as a duo, and was one of the most successful singles released from the Juice original motion picture. (Wikipedia) 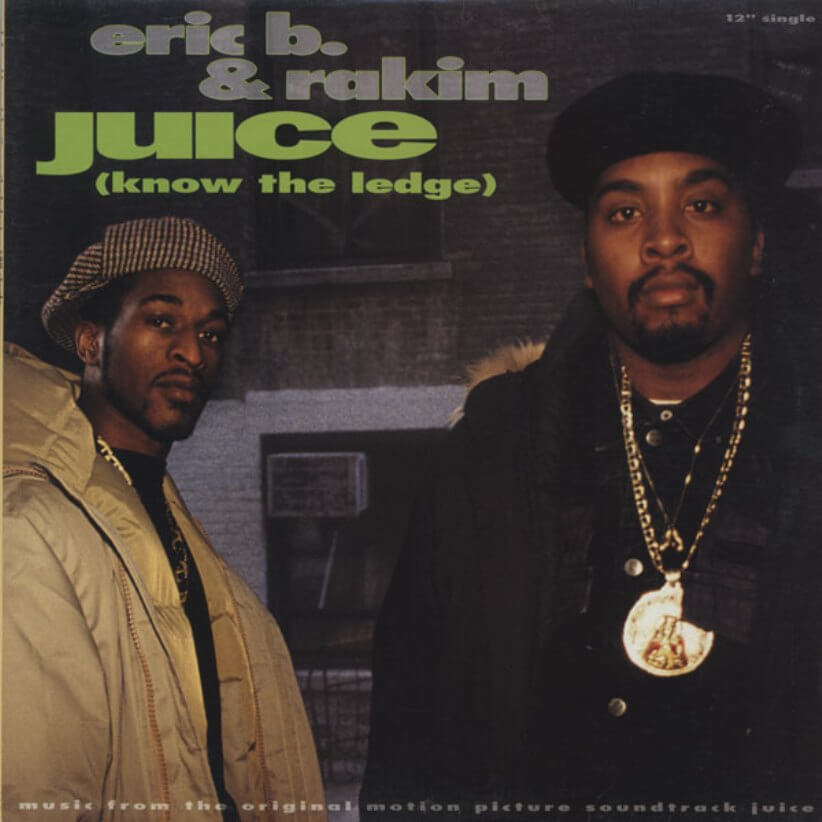