“U.N.I.T.Y” is the Grammy Award-winning song by Queen Latifah from her 1993 album, Black Reign.

The single, released on January 6, 1994, spoke out against the disrespect of women in society, addressing issues of street harassment, domestic violence, and slurs against women in Hip Hop culture.

Because of its message, many radio and TV stations would play the song without censoring the words “b****” and “hoes”, which appear often in the lyrics, particularly the chorus and the line “who you callin’ a b****?!” that ends each verse.

The song won the 1995 Grammy Award for Best Rap Solo Performance. It remains Latifah’s biggest hit single in the USA to date, and her only one to reach the Top 30 of the Billboard Hot 100. (Wikipedia) 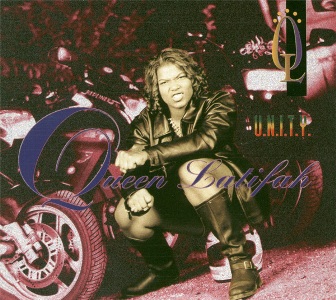