“Night of the Living Baseheads” is the third single released by Public Enemy, from their critically acclaimed album It Takes a Nation of Millions to Hold Us Back.

The lyrics deal with the effects of crack cocaine on African-Americans during the 1980 scrack epidemic, referring to the slang for cocaine “base”.

The song uses more samples than any other song on the album, a total of 20 (including the sample of Chuck D saying “Bass!” at the start of the song “Bring the Noise”). The chorus of the song that asks “How low can you go?”, refers to a person degrading himself/herself, rather than a dance. The title is a reference to the film Night of the Living Dead, equating people addicted to crack cocaine with zombies. (Wikipedia) 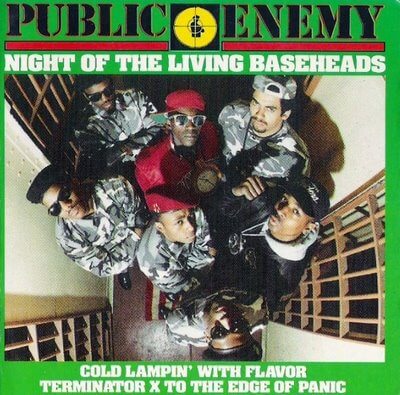