“Brothers Gonna Work It Out” is the fourth single released off Public Enemy’s third album Fear of a Black Planet.

Fear of a Black Planet is the third studio album by Public Enemy. It was released on April 10, 1990, by Def Jam Recordings and Columbia Records, and produced by the group’s production team The Bomb Squad, who expanded on the sample-layered sound of Public Enemy’s 1988 album It Takes a Nation of Millions to Hold Us Back. Having fulfilled their initial creative ambitions with that album, the group aspired to create what lead rapper Chuck D called “a deep, complex album”. Their songwriting was partly inspired by the controversy surrounding member Professor Griff and his dismissal from the group in 1989.

Fear of a Black Planet features elaborate sound collages that incorporate varying rhythms, numerous samples, media sound bites, and eccentric loops, reflecting the songs’ confrontational tone. Recorded during the golden age of Hip Hop, its assemblage of reconfigured and recontextualized aural sources preceded the sample clearance system that later emerged in the music industry. Fear of a Black Planet explores themes of organization and empowerment within the black community, social issues affecting African Americans, and race relations at the time. The record’s criticism of institutional racism, white supremacy, and the power elite was partly inspired by Dr. Frances Cress Welsing‘s views on color.

A commercial and critical hit, Fear of a Black Planet sold two million copies in the United States and received rave reviews from critics, many of whom named it one of the year’s best albums. Its success contributed significantly to the popularity of Afrocentric and political subject matter in hip hop and the genre’s mainstream resurgence at the time. Since then, it has been viewed as one of hip hop’s greatest and most important records, as well as being musically and culturally significant. In 2005, the Library of Congress added it to the National Recording Registry. In 2020, Fear of a Black Planet was ranked number 176 on Rolling Stone‘s list of the 500 greatest albums of all time. 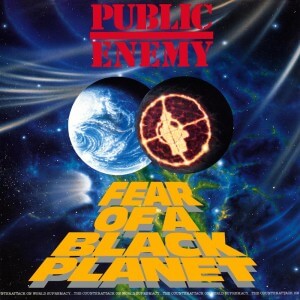