“Hate Me Now” (featuring Puff Daddy) is the second and final single by Nas from Nas’ third studio album I Am….

The backbeat is inspired by, and contains some samples from, Carl Orff’s Carmina Burana. It was ranked 119 on XXL’s best songs of the 1990s.

The music video for the single, directed by Hype Williams and featuring Nas being crucified, was the subject of extreme controversy, as the original edit also featured Puff Daddy on the cross. A Catholic, Puffy had demanded that his crucifixion scene be excised from the broadcast edit of the video, but the wrong edit was incorrectly sent to MTV and TRL, and aired on April 15, 1999.Within minutes of the broadcast, Puffy had barged into the offices of Nas’ manager Steve Stoute with several bodyguards, and struck Stoute over the head with a champagne bottle. Stoute later sued Puffy, the suit was settled out of court.

Nas later related the making of the song and the subsequent incident:

“It was a track D-Moet Produced for Foxy Brown, and she didn’t want the record, she didn’t like it. It fit with my album, I Am…, so I did the D-Moet track and it sounded perfect for Puff to be on, so I gave it to him, went to the studio, and he rocked it, knocked it out. I wanted him to talk that s*** on there, because that “Victory” record was my favorite record, with him and B.I.G., and I just wanted him to talk some of his s*** on there. I had him screaming a whole bunch of wild s*** on here, and cats were slam-dancing to it in New York. It was really crazy, out of this world. At that point, I started wearing a huge chain, and I think me and Puff at that point started that bling s*** and took it to the next level, and we did the video, and it was out of this world.

There’s a play in New York City where a black man played Jesus, and caught a lot of flak. I think, even the mayor at the time, Giuliani, was against it. So my thing was I wanted to be crucified like Jesus in the video, to get back at all those people that don’t want to see a black man doing his thing. Me and Puff got hammered to the cross, but after Puff expressed his religious beliefs and speaking to his pastor, he wasn’t ready to take that stance, so it was really my idea anyway, so we took his part out. For some reason, I think [my former manager] Steve Stoute let it fly with Puffy still being crucified to the cross, so there was that fight at the office, where Puff jumped on Steve or some s*** like that. Both of them were friends of mine, so I kind of stepped in and squashed the whole thing, and it’s all in the past. Just growing pains. We were all growing up. That brings back a lot of memories. Even when I throw it on onstage now, it still kills.” (Wikipedia) 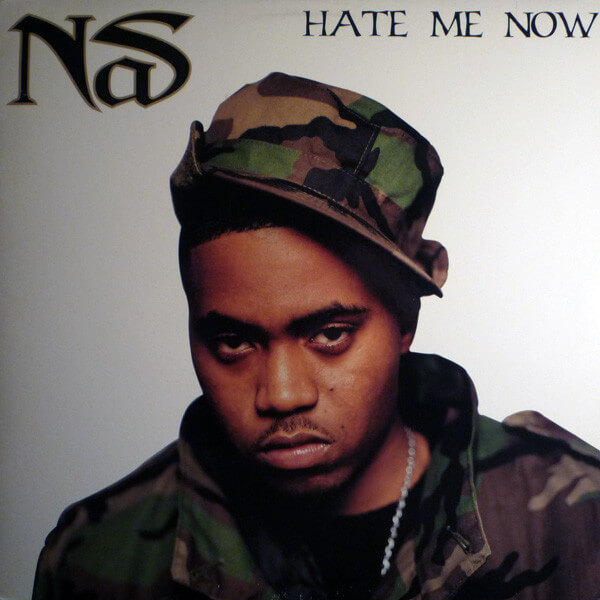