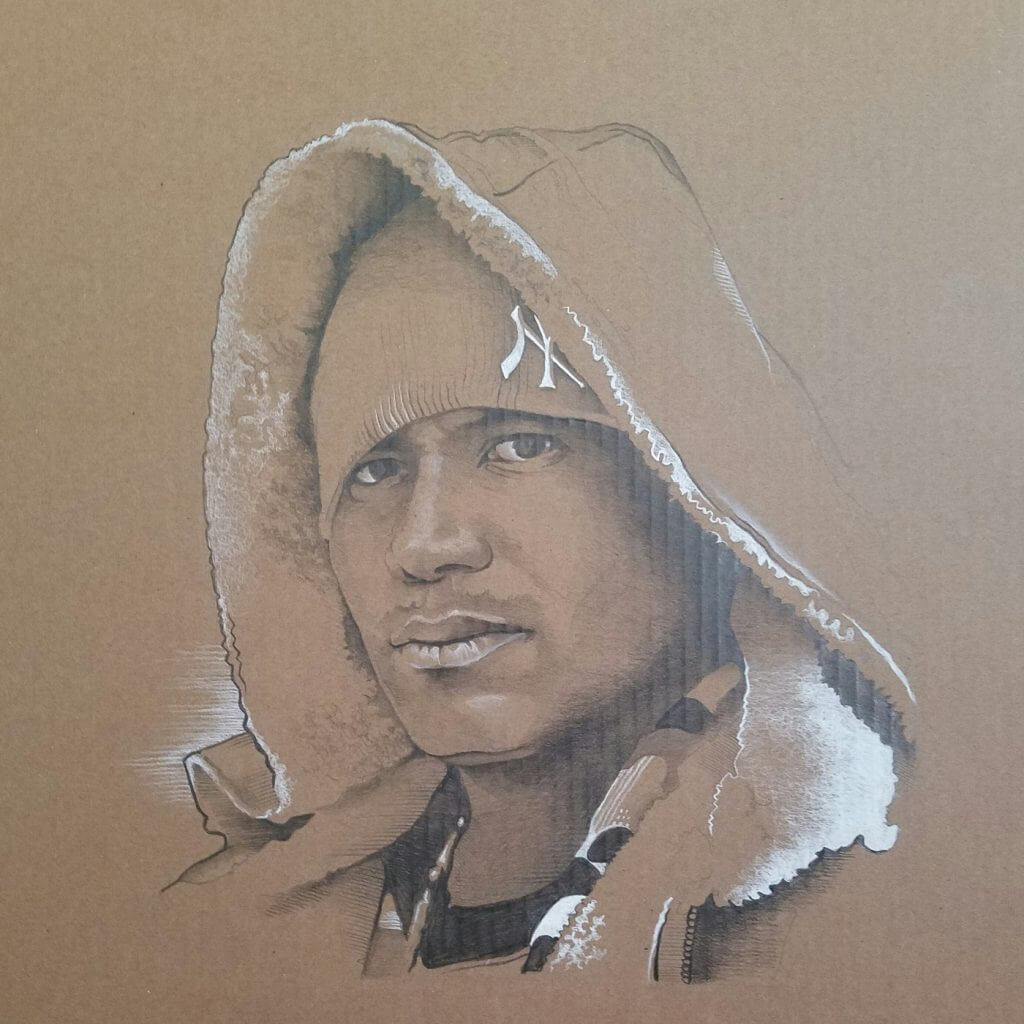 “Kleptomaniac, my rhyme is psycho

A Ricky Ricardo, a Guy Lombardo

Last week, I was surprised to learn that Kool Keith was on the calendar to perform at the U Street Music Hall in Washington, D.C. I quickly gathered supplies for a new portrait, and tried to carve out some time to work on it.

‘Kool’ Keith Thornton is the enigmatic frontman from the Bronx-based Ultramagnetic MCs. He has more A.K.A.s than ‘Picasso got paint‘: Dr. Octagon, Dr. Dooom, Black Elvis, Dr. Ultra, Crazy Lou, and Poppa Large,to name a few. Since the 1990s, he’s released several solo efforts, and continues to tour around. An incredible rhymer and odd-ball lyricist, Keith has churned out an admirable catalog of strange, yet addictive, tracks.  I was excited to see him perform. 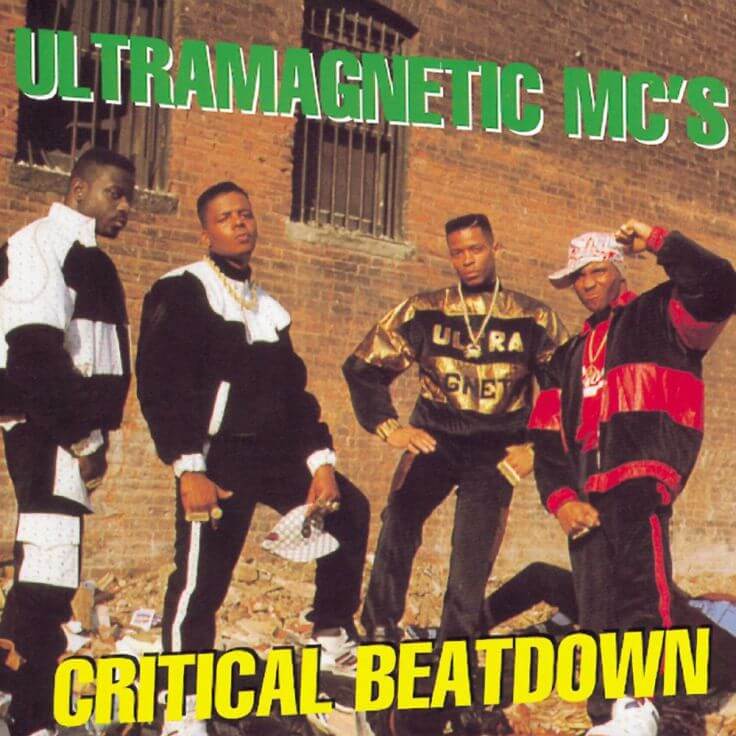 In order to get the new drawing done, I locked myself in the studio all day Saturday.  The show would take place on Sunday night. I was determined to have something ready by the time he took the stage.

Before I headed to DC, I remembered to grab the Madina Design Golden Era poster. Keith is in the bottom row, sporting his Black Elvis ‘helmet of hair’: 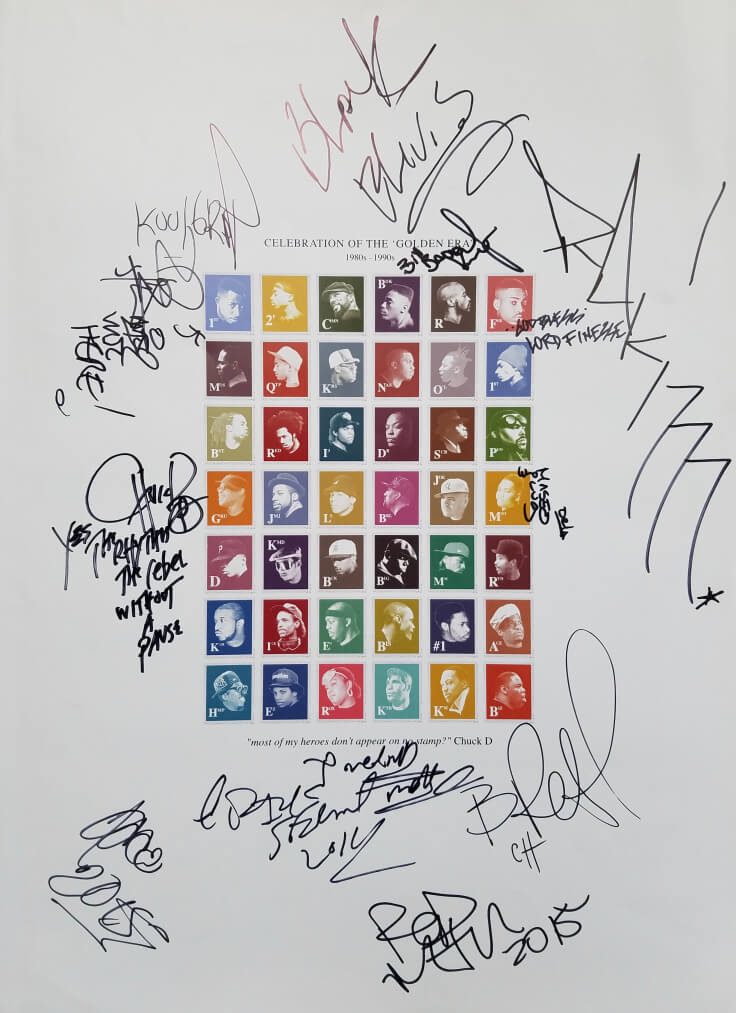 I got to U Street around 5:00, and walked to see the Big Paul Robeson mural that we put up last year. Visiting the mural has become a personal tradition over the past several months. I hope to continue this ritual for years to come.

Around 7:00, I got a text from Malcolm that said he was walking up towards the venue. Once we met up, we went right in.

There were a few opening MCs, and we were caught up in their energy and their message. We were impressed with each of the opening acts, as they got the intimate crowd primed to see Keith.

Right before he went on, we managed to get backstage for a meeting. Keith was, in a word…Kool. He signed the portrait with lyrics from Poppa Large, and tagged the Madina Golden Era poster. Mission: Accomplished! 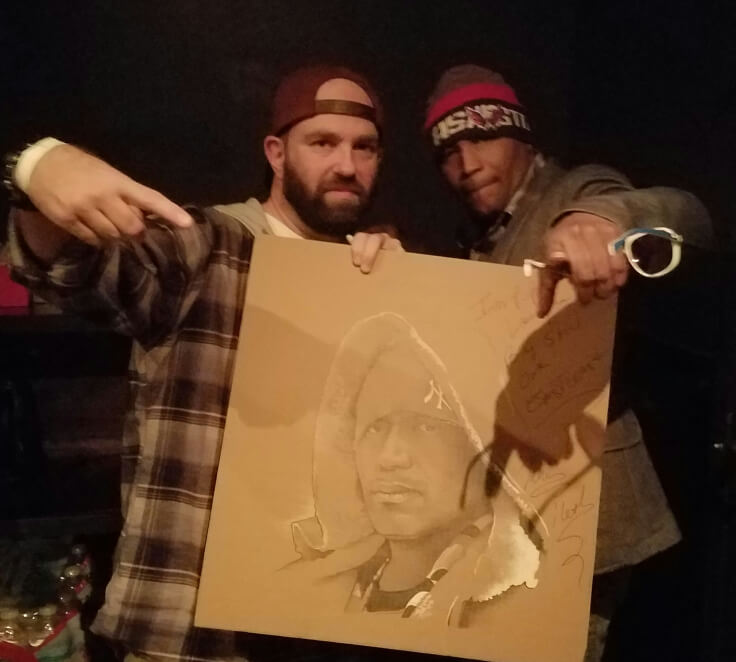 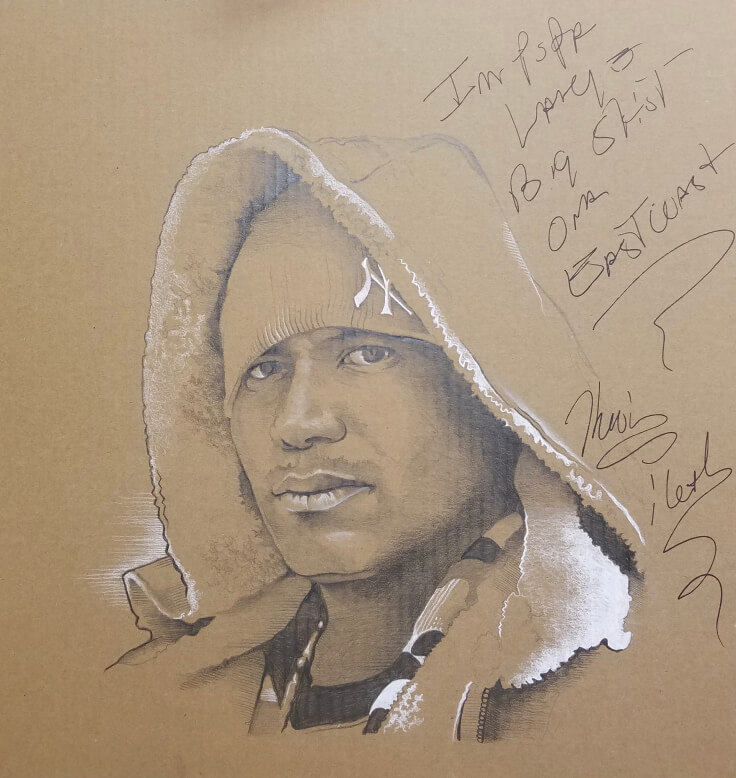 Seeing him perform was a great experience. He is a comfortable MC who flows effortlessly. While it was a Sunday night, and the crowd was small, KK, with the help of DJ Indiana Jones, treated us to an epic performance. After the show, Malcolm and I grabbed a 1/2 Smoke and some chili fries at Ben’s Chili Bowl. It was another special night.  Thanks, Keith! – AJK