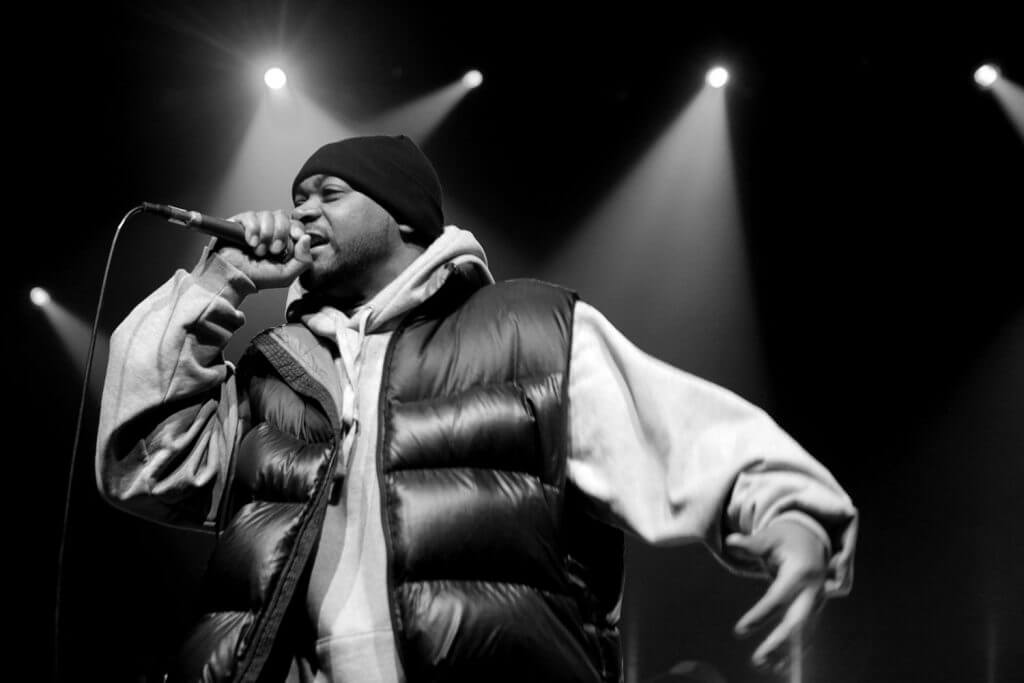 Ghostface Killah without a doubt is Wu-Tang Clan’s most prolific member, and he always was Wu’s most consistent solo artist. For this list, we selected our top 15 Ghostface Killah songs from Ghostface’s solo albums – so none from the Wu-Tang albums, nor any from his numerous guest appearances on fellow Wu members’ work. Limiting the selection to his solo catalog and selecting no more than 15 songs, still makes it practically impossible to do justice to the man’s incredible output. We tried anyway and went with our top 15 Ghostface Killah songs. Are your favorites missing? Let us know in the comments!

“Aiyo, I jumped from the 8th floor, step, hit the ground / The pound fell, cops is coming / Running through the pissy stairwells, I ain’t hear nothin’ / Buggin’, only thing I remember was the bullsh** summons…”

With its menacing RZA beat and an excellent guest spot by Jadakiss, “Run” arguably is the best track off The Pretty Toney Album, the fourth and somewhat underrated Ghostface Killah solo album.

“Pretty little Sally sat up by the tree trunk / White miniskirt with a Betty Boop bum / She had an a** like Deborah Cox, face like Lauryn / Waist like a Coke bottles scoring…”

Unlike most of his fellow Wu-Tang Clan members, Ghostface Killah more than succeeded in matching the quality of his debut album with a sophomore release. In fact, with Supreme Clientele he arguably even surpassed the quality of his excellent Iron Man debut.

From Supreme Clientele (in addition to the ones we DID include) we could also easily have included tracks like “The Grain”, “Buck 50”, “Cherchez La Ghost” and “Nutmeg” on this list – we elected to go with “Child’s Play” however, a retrospective look at Ghostface’s youth which shines with Ghostface’s personality and charisma. An underrated cut from an album packed with classic jams.

One of the many stand-out tracks off Ghostface Killah’s fifth album Fishscale, without a doubt one of his best.

“Yeah, yo, there’s a dozen ways to die, six million ways to do it / Let’s go through it, my mind flow like fluid…”

From Twelve Reasons To Die – Ghostface’s underappreciated concept album collaboration with producer extraordinaire Adrian Younge – this track is one the highlights.

“I’m like Malcolm out the window with the joint / Hoodied up blood in my eye, I let two fly…”

Another one of the stand-outs from arguably Ghostface’s best album, Supreme Clientele. On this track envisions himself as Malcolm X, and disses shiny suit Puffy rapper Ma$e at the same time, over a dope beat provided by Choo.

“Y’all be nice to the crackheads, everybody listen up / I shot one of my b*tches, the ho ain’t trick enough / Word life to big screen Don, tapping dustbones out / With star writers like I f***ed Celine Dion…”

Ghostface gets the whole Wu-Tang Clan together for this dope posse cut off of the highly acclaimed Fishscale album, even the late ODB is made part of this banger.

The opening track from the classic Iron Man is one of the best songs on the album: great beat and flow, with Ghost’s trademark abstract lyrics and metaphors.

“Wu Banga 101” is just one of the dope posse cuts on Supreme Clientele, included on this list because of excellent lyrical performances from all involved and especially because of the epic Allah Math beat, a great reminder of the 36 Chambers days.

“Doctor X enter the crib, worked on the kid / Created a mask that allowed me to breathe / But couldn’t extract the chemicals from my body / Poisonous lethal doses, comatosis / In and out of conscious, drugs is ferocious…”

“Emergency Procedure” is just one of the many dope tracks from Ghostface’s 2014 album 36 Seasons. “Blood In The Streets”, “Here I Go Again”, “Double Cross”, “The Battlefield” and “Love Don’t Live Here No More” are all tracks that deserve to be on this list as well. 36 Seasons surely is one of Ghostface’s best albums. It features fantastic contributions from the likes of AZ and Kool G Rap, this particular track has Pharaohe Monch dropping a signature brilliant verse.

One of the centerpieces of the all-time classic Supreme Clientele. Beatnuts’ Juju provides the brilliant instrumental, and as usual, Ghostface delivers an exceptional lyrical performance. Signature Ghostface Killah.

Another one of the singles off the monumental Supreme Clientele. Ghostface kills it over a classic drumbeat, produced by Mathematics.

“Yo, making moves back and forth uptown / 60 dollars plus toll is the cab fee / Wintertime bubble goose, goose, clouds of smoke / Music blastin’ and the Arab V blunted…”

Ghostface Killah in top form. Lewis Parker laid down an epic beat with the use of a dope old school sample for Ghostface to get loose on – straight cinematic storytelling, with no hook, about a robbery not going as planned.

“Mercury raps is roughed then God just shown like taps / Red and white Wally’s that match, bend my baseball hat / Doing forever sh** like pissing out the window on turnpikes / Robbing n****s for leathers, high swiping on dirt bikes…”

Another amazing track from Ghostface’s classic Iron Man debut album, containing a nice intro and hook by The Force MD’s and dope cameos by Raekwon and Cappadonna, with one of his best verses to date – all over a brilliant, pulsating RZA beat.

Ghostface and Raekwon once again complement each other perfectly with their trademark abstract but tight verses, over a crowd moving beat. The perfect lead single for Supreme Clientele.

“Check it, fifteen of us in a three-bedroom apartment / Roaches everywhere, cousins and aunts was there / Four in the bed, two at the foot, two at the head / I didn’t like to sleep with Jon-Jon he peed the bed / Seven o’clock, pluckin’ roaches out the cereal box / Some shared the same spoon, watchin’ Saturday cartoons / Sugar water was our thing, every meal was no frills / In the summer, free lunch held us down like steel…”

In this heartbreakingly beautiful autobiographical song, Ghost tells the story of his impoverished childhood and the struggles growing up. He raps about how he grew up in a three-bedroom apartment without his father who left him at the age of six. Growing up poor he experienced hard living conditions like “Pluckin’ roaches out the cereal box. ” The album version featured Mary J Blige, the video version regular Wu-Tang collaborator Tekitha. “All That I Got Is You” is an absolute Hip Hop classic.