Speed’s Production Corner: Some of My Favorite @BigKRIT Instrumentals | (Republished from SpeedOnTheBeat.com, By @SpeedOnTheBeat) 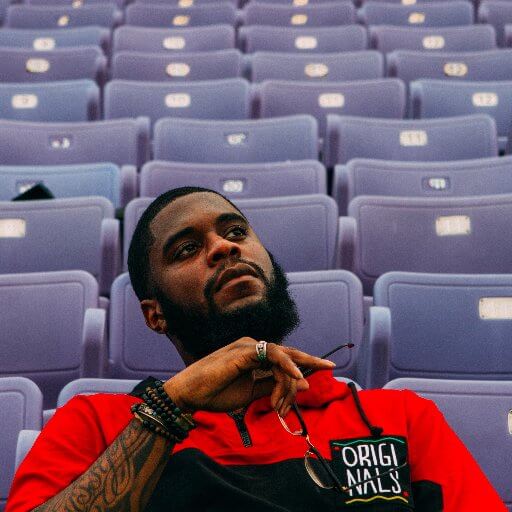 It’s no secret that I’m a huge Big K.R.I.T. fan. Since SpeedontheBeat.com became a thing in 2012, I feel that Krizzle has always been one of my most-covered artists, outside of myself. I still have the autographed copy of R4 that Drizzle Sez got me back in 2011, before K.R.I.T. became as noticed as he’s become today. But, in going back through my discussions on K.R.I.T., I noticed something. I’ve been so focused on his words that I haven’t really given his beats their just due. I mean, this is a man that, back in 2010, told us that he can “produce and mix [his] own s***, and outrap all of [us].”

With that in mind, let’s look at some of my favorite K.R.I.T. beats and look at another arm that this independent legend-in-the-making has on lock.

This is the song that’s gotten me through many tough times. I had it on repeat the day my mom died, just to help ease the pain over how that went down. It’s a perfect instrumental. It’s not flashy, and the piano chords are meant to accent K.R.I.T.’s feelings about life, pain, and his own struggles. Its minimalistic feel is ideal for a song of this nature, but the piano chords always manage to get to me. The synth hits on this one also give it a melancholy, reflective feel.

Now, I’m biased towards this track because it’s served as therapy on many occasions. But, it’s definitely one of K.R.I.T.’s best as it doesn’t rely on a sample to bring the point home. While some sample-heavy producers stick with samples and ultimately stifle their creativity, K.R.I.T.’s canvas on “The Vent” paints a sample-free picture of a man who’s reaching the end of his rope and wonders if he should continue or just fade to black. Serving as the bookend to R4, “The Vent” also sets us up for the adventures to come in Live From The Underground as it poses as many questions as it answers, sonically and lyrically.

K.R.I.T. has always had a great ear for digging in the crates. This track, from 2012’s 4EvaNaDay is no exception, pulling influence from Ann Peebles’ “The Handwriting’s on the Wall.” It’s a simple flip, but it’s held together by the sections K.R.I.T. focused on. In “Handwriting,” he took a track about a faltering romantic relationship and transformed that into a song about K.R.I.T.’s faltering faith in his label, the folks around him, and more.

The Ann Peebles vocal samples add a chilling, bluesy element to the mix. The instrumental allows the track to evolve again into a case study of what’ll happen if K.R.I.T. really did go back to his K.R.I.T. Wuz Here era, something that’ll come up time and time again in his music.

This track is one of my favorite K.R.I.T. outros (“Multi Til The Sun Die” is my all-time favorite; more on that later). Here, we got a pimping Dramatics sample that feels more like an intro to a Blaxploitation film than a man pouring his soul out in the early 2010s. What gets me on this track is K.R.I.T.’s chops and the added instrumentation. They help flesh out this track from being “just another sample-heavy K.R.I.T. track,” which isn’t a bad thing. But, “The Alarm” is definitely a standout among his sample-heavy beats.

People seem to forget that K.R.I.T.’s been out here for over a decade doing this. Now, I’ll admit. I only got hip to K.R.I.T. after KWH. But, after hearing it, I couldn’t help but revisit his earlier stuff. Now, this beat is interesting in that it has all the elements of “classic K.R.I.T. production,” but still feels a bit restrained. It’s on my list of favorites because of the potential it exudes; you get the feel that K.R.I.T.’s about to hit his stride fully on this one. It also feels like a proto-“Mt. Olympus” with its choir hits and build-up.

When I first heard this flip, I’ll admit something. It hit me hard as hell. Like, I was out in Rockville about to hang out with a friend, and this joint came on. I teared up over this one. It was a perfect flip, it pushed the “I’m still here” vibes of the K.R.I.T. mixtape, and it was just…man. That’s all I can really say about this one. The brother used an M83 sample and turned it into an anthem.

The track that introduced me to K.R.I.T., “Country Shit” employs two samples. First, we get vocal chops and instrumentation from Joe Simon’s “Drowning in the Sea of Love.” Next up, we get a vocal cut from Eddie Kendricks’ “Day by Day.” So, we’ve got two unsung, country-born artists being flipped on a track that introduces people to a new era of “country”-raised Hip Hop. The meta levels on this track are off the charts.

But, what I love about “Country Shit” is that it’s a perfect UGK-esque track and K.R.I.T is allowed to channel the late Pimp C throughout the song because of it. The remix additionally hammers this energy home, by employing Bun B and Ludacris. It’s pimped as hell and serves as a perfect introduction to why K.R.I.T. can’t be denied musically.

K.R.I.T. pulls out a Three 6 Mafia sample to let Trel speak his peace over. It doesn’t get much better than this. It’s a pure trunk-rattling track meant to get you hyped up. The production on this track also made me actually hone in on Trel as an artist. Before this one, I’d listened to Trel and was impressed with him. But this track is the one that made me a legit fan. So, next time someone asks me if/why I rock with Trel’s music, I’ll just point them to this track.

One of several non-sample tracks on Cadillactica, “Life” feels like a combination of “The Vent” and “The Alarm.” Further setting up the intergalactic life cycle storyline of the album, the choir-heavy track is sparse, only kicking into high gear in its chorus. Because of this, we’re allowed to focus more on K.R.I.T.’s dissertation on why he’s still out here, doing what he loves–even in the face of adversity. He could’ve gone for a boisterous instrumentation that drowned out the lyrical content. But, because of the choices on this, we’re given a standout track amongst standout tracks on the album. The drums fit perfectly, as if our intergalactic hero is going through hell just to get to some form of heaven. It’s a track that goes completely against the grain, reflecting K.R.I.T.’s own struggles as an artist.

Now, we all know that K.R.I.T. loves utilizing vocal samples to hammer home his point. That’s something that I’ve become accustomed to in my own production (and other DAR production as well–hi True). I love the Bamboozled sample on here, even if it hits a little too on the head. That’s one of my favorite moments in that movie, and it translates well into this track. It’s a jazzy sample from Billy Cobham’s “The Moon Ain’t Made of Green Cheese” that allows K.R.I.T. to vent about three different types of naive individuals glorifying greed and encouraging racism he prays he’ll never become/hopes to avoid through his work ethic.

The sample on this track is beautiful. The chops are so crisp and it feels vintage, old-school even, while still being contemporary. You don’t get that from some jazz-rap beats these days. But here? K.R.I.T. gives us a timeless piece while still being timely. The track, because of its beat and message, is still relevant in 2016 as it was in 2011.

If I had to summarize Big K.R.I.T. with one song, this would be it. Southern-friendly beats, a use of real instrumentals and synths, a track that allows for lyricism that hits you where it hurts, and a beat that allows for him to just flow over and mesh with while using his voice as yet another instrument on the track. The title track to his 2015 mixtape, “It’s Better This Way” is just…wow. It’s a track that isn’t his best work, but it’s a perfect summary of his musical and spiritual journey up to the point of the album. Check the entire project out if you haven’t already.

You’re probably wondering why I haven’t put “Mt. Olympus” on this list. For starters, this isn’t an exhaustive list of my favorite K.R.I.T. beats. But, “Free Agent” is the reason “Mt. Olympus” doesn’t place on this particular list. Why? I feel that this track takes the energy from that amazing 2014 anthem and adds in the anger K.R.I.T. now feels as someone who’s tired of being slept on and would rather succeed on his own than be tied down.

In closing, Big K.R.I.T.’s production has just as much impact as his bars. From his early See Me on Top beats to now, K.R.I.T. has exhibited a wide range of sounds while still staying true to his roots. With each passing beat (and song in general), we witness an evolution from a man who struggled to get where he is to a legend-in-the-making. Not many artists can lay that claim on their bars, much less their bars and their beats. So, if you’re an indie artist who wants inspiration as to how you could approach producing and mixing your own shit, while out-rapping individuals, check out K.R.I.T.’s beats. You’ll thank me later.

Written by Speed on the Beat