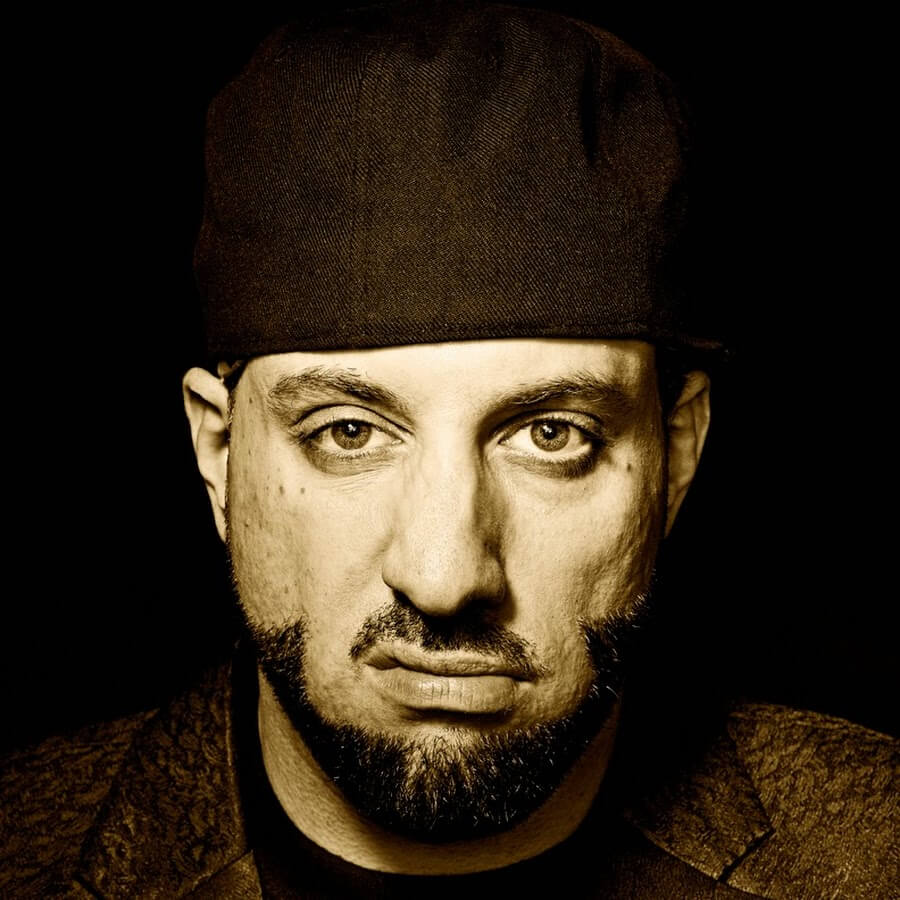 Few artists are ever as controversial as they are influential. New York legend R.A. the Rugged Man has lived up to such a moniker by simultaneously inspiring generations of rappers while being banned from every major record label’s offices and even barred from performing during the late-90s underground explosion. But by combining the authenticity of his undeniably rugged life with his undisputed mic skills and understanding of the genre as a Hip Hop historian, his music has both survived and thrived off the strength of bootlegs and word of mouth through high profile collaborations and high-quality official releases, setting a standard for “Real MCs” that few have ever attempted to match. Frequent collaborator The Notorious B.I.G. was once quoted in reference to R.A. by stating “And I thought I was the illest.”

R.A. The Rugged Man is one of our favorite personalities in the Hip Hop game: he is totally authentic and says what he thinks, no matter what other people think about his opinions. Furthermore, when it comes to Hip Hop (and politics…), he knows what he is talking about – his interviews in which he continuously needs to school DJ Vlad are a testament to that.

But R.A. is not just one of our favorite personalities, he is one of our favorite emcees as well. Few, if any emcees can go bar-for-bar with R.A. The Rugged Man. His technical skill, his incredible flow, his breath control, and his bar-building skills are second to none. Due to all kinds of label woes and a strong-minded personality with an unwillingness to compromise, he only released two albums in the over two decades he’s been active in the game – but on those two albums, and on numerous guest appearances on other people’s songs (where he usually bodies everybody else involved), R.A. has consistently shown an unbeatable lyrical ability. Anyone who saw him performing live knows he can rock a crowd too – as a real emcee should be able to.

To celebrate his third album All My Heroes Are Dead (one of the best albums of 2020), we’ve selected twelve dope R.A. The Rugged Man videos for you to enjoy, four of that latest release, and eight dope older ones. Check out these videos and appreciate the skills of one of the most underappreciated Hip Hop artists. 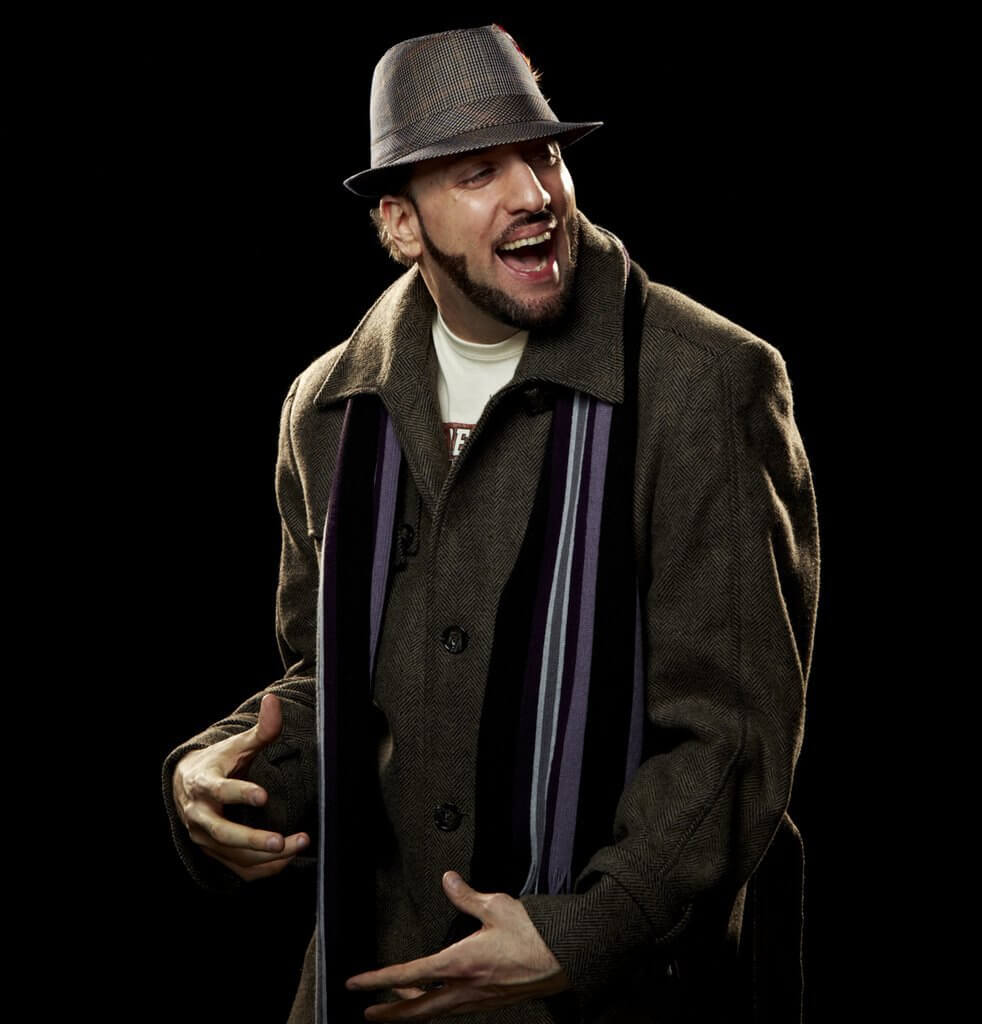 “Legendary Loser”, the first single from R.A.’s latest album All My Heroes Are Dead. Produced by Psycho Les of The Beatnuts, “Legendary Loser” is an empowering anthem outlining R.A.’s remarkable life story while showcasing his outlandish personality and undeniably impressive lyricism.

Yo, do I lack a massive hit? Am I a backpacking prick?
Am I a rap maverick? Or just a fat sack of shi*t?
Nothing that the world would ever give to me but negativity
The industry was only interested in getting rid of me

Another single from his Rugged Man’s All My Heroes Are Dead album. Featuring singer David Myles, the song is a heartfelt display of vivid, powerful storytelling, addressing abuse, addiction, and loss.

I’m wondering about the horrors in the world that we witness
And what’s the purpose of our babies being born into sickness
My cold world of stalactites and spikes of icicles
In a house of disease and handicap blind cripples
I watched half my family die, the shit we been through
I lost my brother, my sister, my cousin, my nephew
I watched the hearse come when my sister lost her first son
The tragedies in life are the lessons that we learn from

“Gotta Be Dope” features A-F-R-O and DJ Jazzy Jeff: Jazzy Jeff is one of the best and most important DJs in the Hip Hop game ever, and A.F.R.O. is an incredible, R.A. The Rugged Man level emcee. This is a fantastic track and one of the many highlights on All My Heroes Are Dead.

I’ll pummel a puppet, political pundit
The better the battle, the inability to meddle with the better veteran
The heroin, the medicine, the venom with the menacing
A regiment of better men, they better get ’em in the tenement
I hit ’em in the head again

“All Systems Go” is one of the sleeper favorites on All My Heroes Are Dead, a track that has R.A.’s versatility on full display.

Yo, my brain deformed, put in proper thoughts
Ride through with no shoes and soccer shorts
Show up on horses with tomahawks
And I slap my dick out like I’m the boss
A.K, Ak Miller Hot Rod, hot wheeler
I’m a Milk D top biller, Ice T cop killer
King Kong, Godzilla, not filler, not thriller
I’m a rap bacteria salmonella
I’m Jack The Ripper lurking in the dungeon
1888, midnight in London
They flabbergasted by the rappin’ bastard
With the rap to match it and the track to back it

R.A.’s second album Legends Never Die is one of the best Hip Hop albums released in 2013, and this is one of the best tracks of that album. The track features Australian beatboxer Tom Thum (the track is named after him and he appears in the video) and is a dope example of two of the things R.A. The Rugged Man does best: humorous bragging using some crass imagery while lyrically destroying other rappers.

Too much lyricism to digest, I do it on purpose
Two of my bars is more lyrical than two of your verses, come on

Another great video for a track of Legends Never Die, this collabo with Strange Music’s Tech N9ne and Krizz Kaliko is awesome. Tech N9ne is another one of those authentic personalities in Hip Hop, who never sold out and always independently did where his artistry took him. On this song, he does a dope verse, a bit slower-paced than we are used too from Tech N9ne. Krizz Kaliko is unbelievably talented, with a crazy ability to transition between technical rap verses to singing powerful hooks, and the hook is all he does on this particular track. The eery vibe the beat and the video give off is great, and R.A. The Rugged Man’s verse is dope as always.

Yo, it’s a brutal system, assume position
You superstition? Or Jew or Christian?
School religion is a cruel depiction
They can blind your hearing, they can mute your vision
Live in the dirt, burn, slithering earth worm
Leave you like MJ with a hit and a burnt perm

R.A. The Rugged Man’s first official video off Legends Never Die. “The People’s Champ” is produced by Apathy and features an intro from Rampage. If you never need a song to get hyped up for something, make this your go-to song.

Three of Hip Hop’s greatest on one song: what’s not to love? Brother Ali opens proceedings with a great verse and Masta Ace closes the song out, R.A. kills it with the middle verse. Nice Biggie vocal sample on the chorus too.

The song is named after and inspired by Sam Peckinpah, the late director of violent thrillers such as Straw Dogs, The Getaway, Bring Me The Head Of Alfredo Garcia, and The Wild Bunch. Peckinpah, who battled drug and alcohol addiction for much of his storied career, died of heart failure in 1984.

More than two decades after their classic collaboration “Every Record Label Sucks D**k,” legendary emcee R.A. The Rugged Man and iconic producer Buckwild reunited with another powerful statement, in the form of R.A.’s new music video “Media Midgets”. This time around, the target is broader: from TV producers to radio stations to government propaganda.

See, you ain’t rocking for instance
You popping, but you robbing hip hop of traditions
You ain’t rappers, you more like crooked politicians
Part of who’s creation, new nation
Trying to f*ck us with no lubrication
Raping, never losing to Lucifer Satan
Calling me Canaan the caveman in the cave, came close but never caved in
The false image of a prophet you praising
You living in a nation living in intimidation
Due to primitive media manipulation
Terror tactics and intimidation, we lack innovation
Looking for more fame they control your brain
The gullible puppets of the public get played like a board game
Get your jaw reconstructed, I ain’t no puppet
Ain’t throwing up no diamonds, here’s the middle finger, go shove it

This song from the Legends Never Die album probably is R.A. The Rugged Man’s most commercially appealing effort, but it’s none the worse for it. An incredible lyrical display, and a dope video too (with some nice cameo’s, Grandmaster Caz first and foremost).

What is it? A blizzard? Is it a limit?
Any crime you could name I committed
I admit it I did it
Lottery, gotta be in it to win it
I’m just a white boy ruining what blacks invented
But I’m the baddest, undefeated
Beat it, believe it, leaving you leaking, losing blood like an anemic
I’m rather conceited
Rappers are comedic, heated, leaving you paraplegic

“Freedom Form Flowing” is a dope track from Blackalicious emcee Gift Of Gab’s 2017 EP Rejoice! Rappers are Rapping Again!. All three emcees on this track kill it, Gift Of Gab is another one of those underappreciated rappers who is better than 99% of the rappers out today and young talent A-F-R-O easily holds his own between veterans Gift Of Gab and R.A. The Rugged Man with a killer verse. “Freedom Form Flowing” is a display of lyricism and wordplay at its finest.

Rakim and Eric B, check out my melody, duckin’ a felony, nothing they tellin’ me
Never forget ’em, I send ’em to heaven, I went independent, position I been in
Again and again and I’m ruling the throne, I’ll never be ending the message and lesson