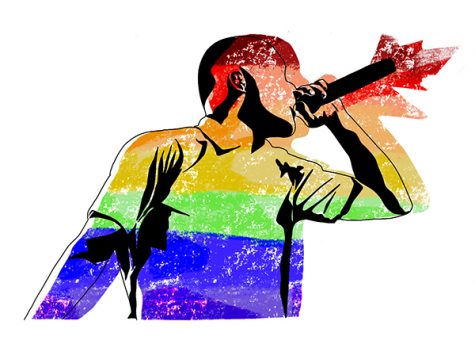 It might come as no small surprise to most people, but there are not many Hip Hop songs about lesbians that aren’t some fantasies from the mind of a guy. For one thing, there are not many lesbian musicians in the grand scheme of things. Also, when they do get high up enough in the market to get their music out there, they do not always have the opportunity to say what they want. That’s why we’ve come up with some of the best Hip Hop songs for your lesbian crush.

Finding a Girl to Vibe With

Before you begin looking at the songs, though, it is a wise idea to figure out how you are going to meet a girl to vibe to music with you. While you might think that work or school are good places to meet someone, you have to consider the fact that there is a lower availability for LGBTQ+ people. Meeting a fellow music lover is far easier online when you use LGBTQ+ platforms and forums or subscribe to a dating service that is made for lesbians only. Being a dedicated platform for lesbian dating, Lesbiemates is known for having a ton of members who are seeking dates from every corner of the U.S. and far beyond. One of the best features of this website is the ability to add your hobbies to your profile for others to see. This way, you can first choose attractive girls and then contact only those who have similar tastes in music with you. Among the throngs of lesbians online, it will be easy to meet someone who shares your love of Hip Hop music. Then, it’s just a matter of wooing your partner with the right songs.

This song is not a great example of Hip Hop, but it came out and showed that people should feel comfortable with themselves no matter what. Sure, the subject matter is gay rather than lesbian, but it’s all about loving people regardless of background. It was also a backlash against the anti-gay sentiment in Hip Hop music that still exists to this day.

The interesting thing about Queen Latifah is that she is so private about her sexuality that we still don’t know if she’s straight, bi, or whatever else. What we do know is that “Ladies First” is a pure Hip Hop song that talks about women in a very positive and tangentially sexual way. It’s a good place to start for date songs.

Again, this song is more about bisexuality than anything else, but the song is written by a woman, and the music video is clearly showing a same-sex relationship, something that lesbians can reckon with easily. The song has Hip Hop influences, but it’s clearly more inspired by pop. It’s worth a listen!

This song is an overtly romantic Hip Hop song directed at another woman by a female artist. The song can’t be misconstrued, and it talks about the highs and lows of a relationship with someone famous and lesbian. It’s a great love song to debut on a date.

Not every relationship ends on a positive note, and that is what “New Phone, Who Dis” is all about. This is about two people who break up and then cut ties with each other. The artist is gay, and the song isn’t strictly about lesbians, but it puts a relationship in perspective: you’re not someone to be trifled with by a romantic partner.

Finding the right songs to play when you are on a date with a lesbian crush can be difficult. We’ve provided you with an overview of old and new songs that can help you show off your understanding of Hip Hop and love to your lesbian partner. We hope that the future is filled with more lesbian Hip Hop artists who are encouraged to approach the material in a more positive way.