We said it before and we’ll say it again: 2018 will be an excellent year for Hip Hop. If you’re able to ignore the mumble rap garbage that people often but mistakenly call Hip Hop, and if you know where to find it there really is no shortage of dope Hip Hop.

The second half year has enough to offer too. The year is not out yet, so we can still expect more great Hip Hop to drop. Here you’ll find 7 recently released albums you have to check out – if you haven’t done so already. This is album is an exception: a high profile, mainstream release that is actually dope as hell. Logic has put out enough quality work already, but YSIV – the fourth and last installment in the Young Sinatra series – may just be his best effort yet.

Managing to sound modern but encapturing that true Hip Hop spirit at the same time, this album is a triumph. Intelligent, meaningful, witty lyrics AND great boom bap soundscapes – YSIV is Logic at his best and one of the best albums of 2018.

Special mention: the overall Golden Age boom bap feel of this album is perhaps best exemplified by the epic 8-minute posse cut “Wu-Tang Forever¨, which brings forth the whole Wu-Tang line-up and which has everybody dropping vintage class A verses, starting with bars from Logic himself:

Aye yo, Wu-Tang forever, who rhyme better?
We too clever, the boom bap’s back, harder than ever
R.I.P. O.D.B, comin’ through like Killa Bee
Ever since I heard Enter the 36 in ’93
You cannot defeat my Wu-Tang style, I leave ’em all dismembered
Fuck a mumble rap, that shit won’t never be remembered
Not even a contender, no, pretender, best surrender 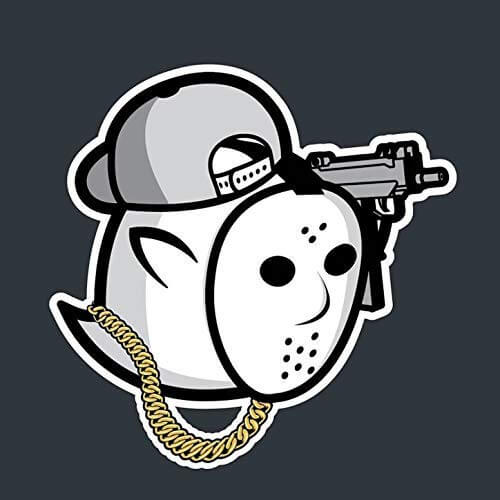 Back to basics with Wu-Tang general Ghostface Killah. The most prolific and most consistent Wu-Tang member drops another dope project with The Lost Tapes, his 13th solo-effort.

A wide roster with some of the best lyricists around showed up to add their rhymes to those of Ghostface, including Raekwon, Masta Killa, Cappadonna, Killah Priest, Big Daddy Kane, Snoop Dogg, Ras Kass, E-40, Planet Asia, KXNG Crooked, and more. At just 8 tracks (not counting the interludes and a remix track) The Lost Tapes is a bit short, but definitely sweet.

For all those nostalgic for the days of old, The Lost Tapes should prove a breath of Golden Age air. Binary Star was a duo consisting of One Be Lo and Senim Silla, whose most notable release was the 2000 underground classic Masters Of The Universe. Senim Silla retired from rapping in 2014, but One Be Lo is back this year under the Binary Star name with this excellent duology: LIGHTY & EARS APART (Lightyears Apart – you get it).

This two-album project offers a dope listening experience for the lyric minded and it proves once more why Binary Star’s early works and One Be Lo’s other projects are so universally praised. After a 14-year hiatus, during which B-Real and Sen Dog operated without DJ Muggs (2004’s Till Death Do Us Part was the last album primarily produced by Muggs), the seminal stoner trio are reunited – and together with Eric Bobo, who joined the line-up as far back as 1994, they dropped an album that’s up there with the best they did in their 30-year-long career.

Managing to recapture that typical Cypress Hill sound of old and to be innovative at the same time, Muggs and the others gave us another album that will only help to cement their already legendary status. The whole albums rocks, but a highlight that deserves a special mention is the hypnotic opening track “Band Of Gypsies” – already a classic Cypress Hill track. Cop the album here or stream: A release by Philly legend The Last Emperor should be a big event in Hip Hop. The fact that it is not is a sad sign that commercial success in Hip Hop is more depending on marketing and promotion than on true skill and talent.

The Last Emperor may have never made it big, but real heads know what’s up and will be able to recognize superior mic skills, even on an underpromoted, slightly underproduced and strangely themed project like Jungle Jim Season 1. The way this guy flows to beats something else – his vintage lyrical skills are simply crazy. The Last Emperor is one the best and most underrated emcees ever. A  lot has been said about this album already. Dropped as a surprise release at the end of August, this album hit HARD. A lot of ‘professional’ critics lambasted Kamikaze, but those same critics raved about recent albums released by the likes of Lil Wayne and Young Thug, which says enough about their twisted tastes.

Eminem takes on everybody on this album, most notably critics who slammed last year’s disappointing Revival, and mumble rappers – who get mocked by Em in their own styles. Eminem’s wordplay is incredible on Kamikaze, he has bars and rhyme schemes for days. “The Ringer” is an epic album opener, other highlights are “Stepping Stone”, “Greatest” and especially “Kamikaze” and “Fall”. The album fizzles out a bit at the end, with two weaker songs (“Nice Guy” and “Good Guy”)  and with the Venom soundtrack song that doesn’t really fit – but when he’s on point like he is on most of this album, nobody can touch Eminem lyrically.

Kamikaze is a triumphant assault and a definite return to form for Eminem. What do you all know about this album? After releasing the excellent Moosebumps: An Exploration Into Modern Day Horripilation in April of this year, our favorite eccentric genius apparently decided that was not enough yet for 2018.  In July Keith dropped this virtually unpromoted full-length project: Controller Of Trap, which has him spitting his typical bizarre lyrics and hooks over trap-like beats – effortlessly showing the problem with trap isn’t necessarily the beats but the wack wanna-be rappers autotune whining over those beats.

It’s no secret that quality control has never been Kool Keith’s top priority, which means that the 30+ albums he has released over the last 30 years have been hit-and-miss in terms of said quality. Although not on par with Moosebumps…, we think Controller Of Trap falls in the better half of Keith’s massive discography, but what do YOU think? Check it out and let us know what you think about it in the comments!