Havoc is an incredible producer, and this fact is well-known – but there are still many that believe that he’s the most underrated beatmaker of all time. When it comes to all-time lists, you’ll often see names such as Dr. Dre, Pharell, Kanye West, and Just Blaze – but it should be noted that Havoc has been behind some of the most incredible instrumentals in rap history.

We know about the classic opening of “Shook Ones”, the hypnotic thump of “Quiet Storm”, and the pulsating pleasure that is the “It’s Mine” instrumental – but what are Havoc’s lesser-known gems? You might have heard some of the songs on this list before, but that doesn’t mean that these beats are properly appreciated.

Is this song underrated? If so, it shouldn’t be. To be real, I consider this to be one of the best Mobb Deep songs of all time. The piano, the drums, the Whispers sample – everything seems to work seamlessly here. It’s hard to find an instrumental that truly encapsulates the beautiful grit of ‘90s Hip Hop like this one.

One of the reasons this song might not get the credit that it deserves is because it is actually a 2Pac diss song. Interestingly enough, the group decided to keep the track on the album even after the death of Tupac Shakur, which was a controversial decision (to say the least). Mobb Deep did decide to pull the song from playing on the radio, though. They also cancelled any plans for a music video.

Many people have criticized Mobb Deep’s decision to sign with G-Unit Records, even though the group is from Queens and that 50 Cent had already proven himself as an executive. As a result, Blood Money often isn’t mentioned as one of their best albums…but it does feature one of Havoc’s best beats.

The way that the beat unfolds is almost magical here, and it’s one of those instrumentals that scream “Mobb Deep” even if you never heard any lyrics on it, ever. Havoc aims at the ungrateful here in a standout verse, and the way that he harmonizes on the chorus ties up the song neatly. There is an incredible “polish” to this beat that really has made it stand out over the years. I’ve gone back to this song for over a decade, randomly, just to hear this beat again.

Let me be upfront- I am a massive Nas fan, and this is a Nas diss song. I am not entirely sure why Havoc saves some of his most incredible work for diss songs, but here we are – yet again. “Thun and Kicko” appears on Cormega’s album The Realness, which was released in 2001. It’s no secret that Cormega’s material has aged majestically over the years (see here), but this beat was so original that I remember being confused when I heard it for the first time.

Havoc strings together some very incredible sounds here, while Prodigy attacks his more famous foe, questioning his street credibility repeatedly (You’se a notebook crook / with looseleaf beef / a backseat criminal who pass the heat). Cormega doesn’t exactly hold back – and continues in the same vein, arguably stealing the song with lines like:

Who tale you telling? Are you frail or felon/ Was you making sales or watching n****s selling?

Of course, Nas famously responded back on “Second Childhood”. Regardless, there is a vibrant originality to this song that is quite unique, and it’s one of the more laid-back diss songs of its era. Regardless, Havoc wasn’t afraid to experiment, and this is an example of when trying something different worked immaculately. I mean – how many beats do you know that even sound ANYTHING like this?!

Havoc is a beast on the boards, and he’s not a producer that is limited to deep album cuts of underrated lyricists. “Ain’t No Click” is a militant but radio-friendly beat, and Lloyd Banks takes the opportunity to declare G-Unit as the reigning Hip Hop group. Even though this is the first song off Banks’ debut album, many seem to forget that Havoc was responsible for the beat.

Tony Yayo also helps add energy to the track with his ad-libs, and I remember many fans pointing out that this was one of the best songs off “Hunger For More”. Some even consider Banks’ debut album to be a classic, and Havoc certainly helped contribute to that notion with this one. Don’t ask me why it is spelled “click” instead of “clique” though – I have no idea.

There are many great G-Unit songs, but how many of them exist after 2010? The energy behind “Watch Me” is absolutely undeniable, and accentuated by an incredible hook from Young Buck, who isn’t on the best terms with 50 Cent these days. Every rapper seems to shine on this song for their own reasons, and the magnetic appeal of Havoc’s production is one of the reasons that the song is so incredible. The raw energy of the instrumental is not something that is easily found in modern times, but at least Havoc proved that he “still had it” here.

G-Unit doesn’t appear to be active. Lloyd Banks retired, and Kidd Kidd left the group. 50 Cent and Tony Yayo are the only remaining members, and it doesn’t seem like 50 really cares about music much these days. You are more likely to find him trolling celebrities on Instagram. However, when “Watch Me” came out – many fans appreciated the return of a group that they had grown with for years.

Havoc might not have the name recognition of a Dr. Dre, or be as acclaimed by critics as a DJ Premier. His work with Mobb Deep is cemented (R.I.P. Prodigy), and there are some gems in his solo work, as well.

He is a versatile producer, working with Hip Hop giants like Kanye West and underrated lyricists like Vinnie Paz. Even if he doesn’t churn out beats the way that he did during the early 2000s’; we might want to give the underrated beatsmith his flowers while he is still here. 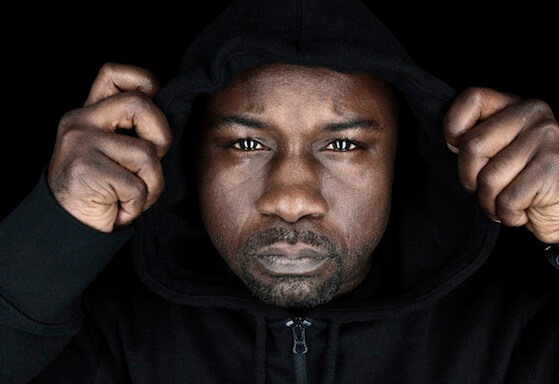 Neil Mathew loves Hip Hop, and has been listening to it for over twenty years. He also enjoys writing, true crime podcasts, and psychological thrillers. You can find him writing over at medium.com/@neilmathew85 abou…